The saying, “There’s nothing new under the sun” is as applicable in the world of bird books as anywhere else. Innovations are always been preceded by something that inspired them. The Golden field guide, published in 1966, was the first to include sonagrams—spectrographs of bird songs. Yet in 1904, F. Schuyler Mathews’s Fieldbook of Wild Birds and Their Music included musical notations that were an early attempt to show pretty much the same thing—sound frequencies vs. time. 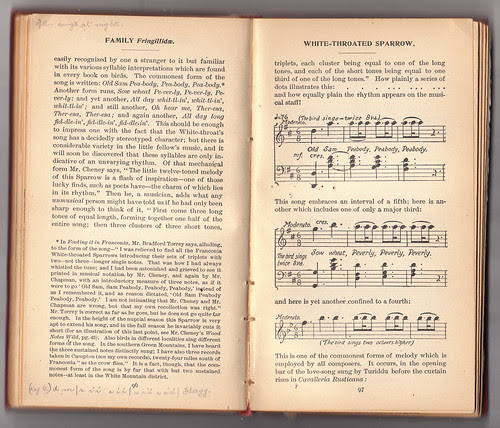 Roger Tory Peterson has always been credited for what is called the “Peterson system” of using patternistic drawings with little lines or arrows pointing to important field marks, which Peterson first used in his 1934 field guide. 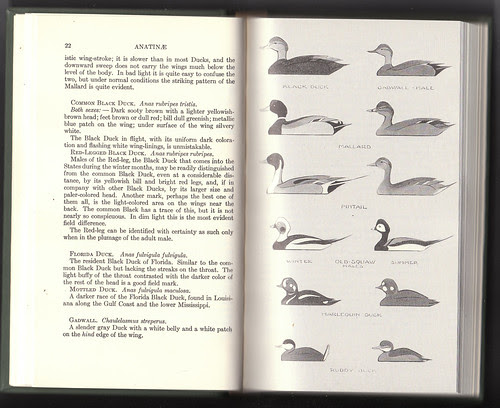 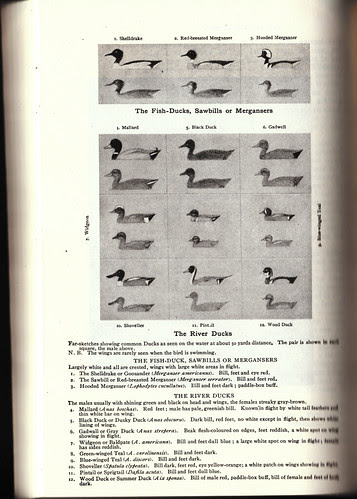 Peterson did credit Seton’s inspiration in his foreword, but readers virtually always give credit not to the person who first came up with an innovation but with the first person to make it famous. As with everything, the best bird books are built on the firm foundation of earlier works. Isaac Newton famously said, “If I have seen further it is by standing on the shoulders of giants,” but even this wasn’t a new thought. A good 500 years earlier, in 1159, John of Salisbury wrote of an even earlier person, “Bernard of Chartres used to say that we are like dwarfs on the shoulders of giants, so that we can see more than they, and things at a greater distance, not by virtue of any sharpness of sight on our part, or any physical distinction, but because we are carried high and raised up by their giant size.” There is nothing new under the sun.

When my kids were little, Russ and I got a series of wonderful magazine-style publications called Zoo Books. My favorite feature of the bird Zoo Books was a brightly colored, accurate drawing showing what that species looked like under its feathers, under its skin, and under its muscles. I have always been fascinated by the “inside story” of how bird bodies work. The Zoo Books drawings were based on specimens and scientific drawings, bringing what could have read in prose as dry anatomy to vivid life.

So I was delighted when Princeton University Press sent me a copy of Katrina van Grouw’s new book, The Unfeathered Bird. As I said, the concept of depicting birds beneath their feathers is hardly new, but van Grouw’s execution is not just fresh—it’s hauntingly, astonishingly beautiful as well as an incalculably valuable contribution to science, education, and art.

Far more comprehensively, in breadth and in depth, than Zoo Books, she has produced 585 drawings of 200 bird species. Van Grouw may be uniquely qualified to produce such a work. She’s former curator of the ornithological collections at London’s Natural History Museum and a taxidermist, giving her a first hand knowledge of the insides of bird bodies. As a bird bander, she has held in her hands living, breathing birds as well, watching and even feeling their bodies unfold into flight as she released them from her own hands. And she’s trained as a fine artist as well.

Her illustrations of musculature and details of eyes, orbits, bills, ears, feet, skulls, wings, tongues, and bones are exquisitely rendered, but hardly dry anatomical renderings. In her hands, these specimens come to life, sometimes depicted with wickedly lovely humor. Her Red-and-green Macaw stares straight at the reader, stripped of its feathers and skin to show its musculature as it bites a pencil held to its beak with a beautifully detailed foot. Her Budgie is a skeleton perched on a birdcage dowel, its empty eye sockets staring into a mirror.

She poses most of her birds in vivid action—her depiction of a Northern Gannet is an articulated skeleton in arrow-like diving posture. Her European Nightjar holds its capacious mouth wide open. When I was rehabbing, I specialized on a close relative, the Common Nighthawk, and for a time worked on a Ph.D. research project on nighthawk bodies. I was going to be Gary Duke’s first avian physiology Ph.D. candidate to complete my research without sacrificing a single bird, but I did dissect already-dead nighthawks, and even prepared a few articulated skeletons. The first time I did this, I was astonished at how scrawny a nighthawk’s body was beneath the feathers. Most of us readers will be astonished by a great many of the avian features revealed in this wonderful book. And the elegant prose puts each body in full evolutionary context. She writes, “The bugling call of a flock of cranes is among the most evocative sounds in all nature and is audible at a great distance. The comparison with the stirring fanfare of a bugle is no accident. The far-reaching cries of cranes are produced with a wind instrument of their own—an elongated windpipe or trachea—which coils in the same way as man-made musical instruments.” Her lovingly rendered Whooping Crane drawing shows the trachea coiled within the breastbone like a beautiful brass instrument.

It’s only March, but I’ll be shocked as well as delighted if another book comes out that competes with The Unfeathered Bird as the top bird book of 2013. Interestingly, Katrina van Grauw also illustrated my favorite bird of 2012—the extraordinary Bird Sense: What It’s Like to Be a Bird, by Tim Birkhead. Bestselling bird books tend to be field guides to identification, but I am far more enamored with books that give real insights to how birds live and perceive their worlds. The Unfeathered Bird perfectly fits the bill.

Here's an interesting interview with Katrina van Grouw for the Smithsonian.
Laura Erickson at 7:45 AM
Share