1) 64 is the same as 8², 4³, and 2⁶. No other age within a normal human lifespan reaches a sixth power. The only other age that reaches a fifth power is 32—that is, 2⁵—which just happens to be the age my daughter will turn in ten days, because I just happen to have given birth to her when I was 32.

2) 64 is the smallest number with exactly 7 divisors, and the smallest whole number that is both a square and a cube.

3) 64 is the number of squares on a chess or checker board.

4) 64 is the number of crayons in the perfect box of crayons. 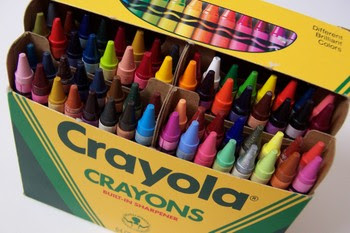 5) 64 is the minimum age of the world's oldest known wild bird, Wisdom the Laysan Albatross.

10) John Lennon, demonstrating why the Beatles deserved their acclaim, announced in Jacksonville, Florida, in 1964 that they'd never perform for a segregated audience. And Martin Luther King, Jr. was awarded the Nobel Peace Prize that same year.

11) The Beatles made this the perfect age for determining whether my sweet baboo will still be sending me a Valentine, birthday greetings, and a bottle of wine, and whether he'll still need me and feed me. And the answer is YES!


On June 1, 1967, when the Beatles released “When I’m Sixty-Four” on Sgt. Pepper’s Lonely Hearts Club Band, I was almost 16 years old—the age Paul McCartney was when he wrote it. When they recorded it, McCartney was 24—he’d perhaps remembered his old ditty because his father had just turned 64, an age that must have seemed as unreachably distant and unfathomably old to McCartney as it seemed to me.

But decades passed. Paul McCartney reached the unreachable in 2008. I did today.

Our perspective on what seems unfathomably old changes with the decades. It’s a cliché that 60 is the new 40, but a year ago, 64 really didn’t seem old at all. Since that last birthday, though, I’ve faced a few whispering intimations of the dark days that loom in the murky future for us all.


Right after my birthday, I was diagnosed with a couple of basal cell carcinomas on my face. Many friends way younger than I have also dealt with that least dangerous form of skin cancer. I’ve been careful my whole adult life, using strong sunscreen before heading outside virtually every time, but I seldom remembered to reapply it after a few hours when I was sitting up at Hawk Ridge or the Lakewood Pumping Station counting birds in the sun for 8 hours day after day, or sweating through a day’s birding in the Central American tropics or the desert southwest. The sudden dose of reality of skin cancer was more facing up to an occupational hazard of birding than a sign of getting old.

I got my first pair of hearing aids last March. I was sure that would make me feel old, but when I first put them on outdoors, I was instantly transported back to my 20s, picking up high-pitched Golden-crowned Kinglet lisps and thrilling at my backyard robins now that I could hear the brilliant overtones of their songs once again. No, hearing aids didn’t make me feel old at all.

On February 12, I had a heart attack. For a couple of weeks before, I’d had a few dizzy spells and been noticing that my skin looked a bit gray, so when I got a vague fuzzy feeling in my jaw and chest, even though there was no pain at all, Russ brought me to the ER—with immediate treatment, the damage was minimal. I was lucky, but not even my heart attack was a sign of old age—it turns out it was due to a congenital aneurism where a clot could have formed at any time in the previous 6 decades. I’m the third person in my family to have a myocardial infarction, but only the first to survive it.

I of course had every intention of getting well, but realized in the hospital that whatever happened, I’d be okay with it. I don’t know if that kind of acceptance is a sign of advancing age or simply evidence that I spend a lot of time with chickadees.

Looking ahead when I was 16, when 64 was 48 years in the future, it did sound old. Looking ahead another 48 years—well, 112 by any reckoning really is old.


Every day right now is lovely, with my family, my little dog Pip, the birds in my backyard. My 96-year-old mother-in-law is still walking about with nothing more than a cane, and is still a joy to live with.

I’ve never rented a cottage in the Isle of Wight, but have done a lot of scrimping and saving. My children haven’t produced any grandchildren, much less named them Vera, Chuck, and Dave, but Joey, Katie, and Tommy fill me with plenty enough joy and pride.

I used to plot out exciting travel plans a few years in advance and set various goals to be achieved in the next five or ten years. I think it was in this past year that my time line for planning started shrinking. Not that I’m not making plans—I’m heading to southern California for a birding trip with a group led by Kim Eckert in January, going to western Minnesota to look at Prairie Chickens with Lisa Johnson in May, will be spending a couple of weeks at Audubon’s Hog Island off Maine as instructor for a Breaking into Birding class and a Joy of Birding class next summer, and if I’m very very lucky, will be heading to Uganda next November—my first trip to Africa in my whole life.


For my whole life, I've been looking forward to the Chicago Cubs making it to the World Series. That's still out there, waiting to happen, too.

I'm in the last stages of working on the Field Guide to the Birds of Minnesota for the American Birding Association—that’ll be coming out when I’m 64, too.

So life is good, birding is good, and Russ assures me that he’ll still need me, and will still feed me, now that I really am 64.
Laura Erickson at 12:00 AM 3 comments:
Share
‹
›
Home
View web version