Brrrrrrrr! But a Marbled Godwit! 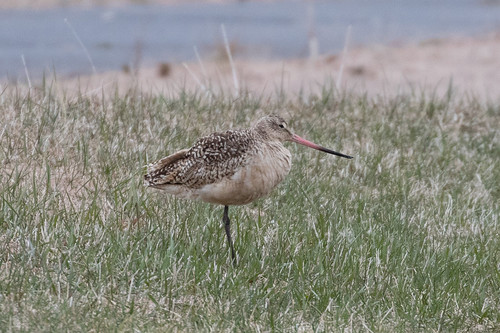 What a frigid morning! But if we were cold, the birds seemed even colder. We had something of a fall-out at Park Point—I'm sure our numbers for most of the songbirds are way lower than the actual numbers. 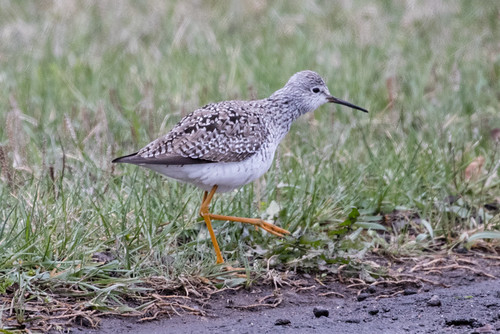 We had a couple of Lesser Yellowlegs (the most we saw as a group was one, but I saw two when I was trying to get a few photos after we broke up). Our most impressive shorebird of the day (since there were only two species, this wasn't a high bar) was the Marbled Godwit that flew past us, showing its gorgeous cinnamon wing linings, and then sat on the ball field for quite a while. Soon after, someone started running his dog right there, which of course chased the bird off. I wish people understood how exhausted migrating birds are in conditions like today's. They should not be wasting essential calories trying to elude dogs. 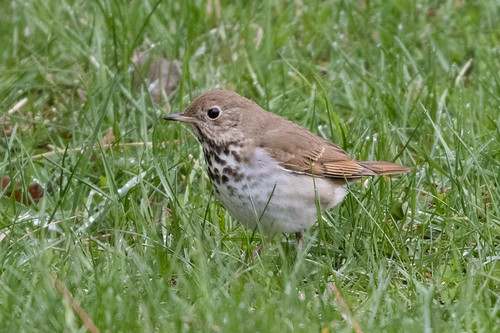 Hermit Thrushes were everywhere, and flickers. Still lots of juncoes but quite a few White-throated Sparrows and Fox Sparrows were singing. We came upon one lovely flock of 12 American Tree Sparrows at the far end of the ball field. I'm assuming that was the same flock of 12 that we later found by the parking lot. 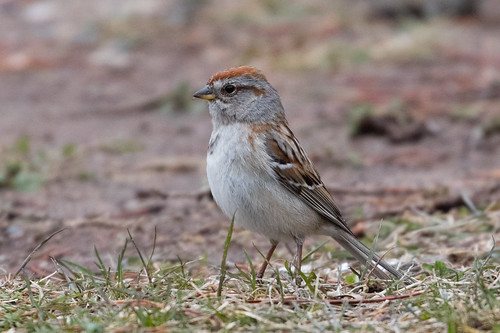 We were lucky enough to run into John Richardson, the wonderful bird guide. We told him about our Marbled Godwit and he refound it. After our group disbanded, John chanced upon a dead Northern Fulmar (imagine that!) by the Beach House. It ended up getting eaten by a Peregrine. I can't help but wonder if that was the weird gull-like bird that flew over fairly high right after a Bald Eagle did—if we did see it, I'm not all that surprised that we didn't guess it was a Northern Fulmar!