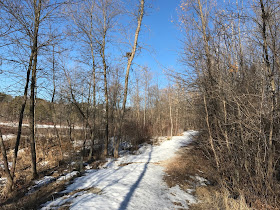 Monday morning, I took a walk on the Western Waterfront Trail. The sky was blue and there wasn’t much wind, but temps had been in the teens overnight and it was still only 20 degrees, so the snow was frozen enough that I didn’t break through at all this time. People and deer walking along the trail over recent weeks on days when the snow was softer have broken through in many places, gouging out big and small holes as much as a foot deep. With the recent mild temperatures, the top layer of snow has melted and refrozen; stretches of glare ice added to the treacherous walking conditions.

If Spring and Winter had been competing in a March Madness game Monday, those snow conditions would have given Winter an early lead, but Spring scored a big three-pointer down in the marsh, where 3 Red-winged Blackbirds persistently yelled out their O-ka-lee spring song.

The river was still entirely iced in, helping put Winter back ahead. The dozen Canada Geese flying overhead seemed confident that there was open water somewhere, their certainty boosting Spring, but the seven geese standing forlornly on the ice, looking at the bleak wintry landscape and wondering what happened to all the open water that had been right there, in that very spot, just last fall, sent the ball back to Winter’s court.

Blood in the snow always makes my heart stop, and finding the dead cottontail rabbit off to the side made me sad—the poor thing had almost made it through the season. 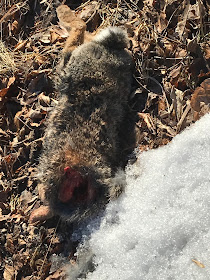 Its head had been cleanly lopped off—evidence that a Great Horned Owl was still hanging in there and likely to make it to spring. But the carcass, frozen solid, showed that Winter was holding firmly onto its lead. 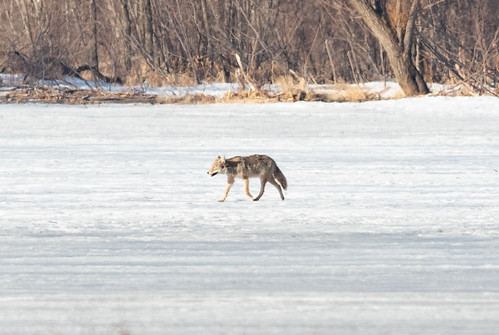 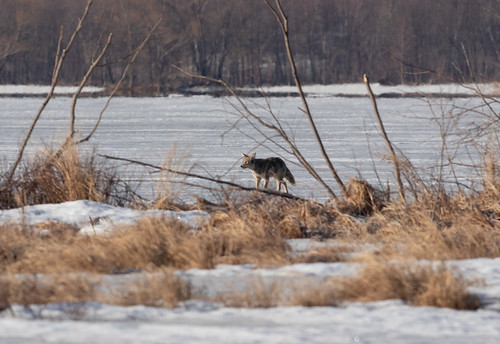 A coyote walking across the ice-covered river advanced winter’s lead even more. I took several pictures, and from some angles she looked rather bulgy and pregnant, but for the duration, any pups were in the future, the game remaining squarely in Winter’s court. A distant robin gave a few alarm calls—the fact that there was a robin there seemed springish, but he was not in the mood for song. 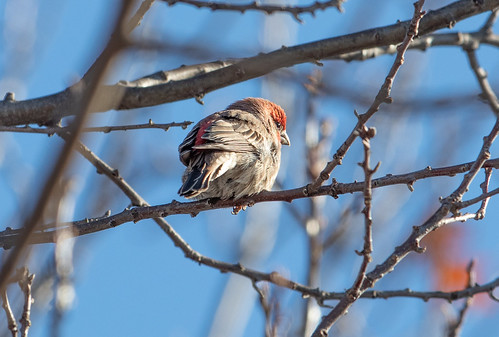 A House Finch stole the ball and, facing the sun, started singing with an assist from a Mourning Dove—that put spring ahead again. The game was almost over, and I was almost back to my car, when I spotted a mink running across Fremont Street with that cool, undulating stride they have. I backtracked to where I’d seen it cross in hopes of getting a photo, but couldn’t pick it out. I stood still for a while, and then as I gave up and turned back, there it was, skulking near a fallen tree and trying to stay behind as many branches as it could. 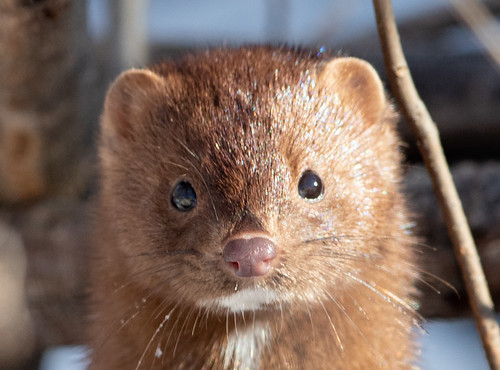 Carnivores tend to be very curious, and this one kept looking straight at me, standing out starkly against the snow. I usually associate minks with open water, and this one seemed impatient for the snow to be gone, handing yet another two points to Winter. 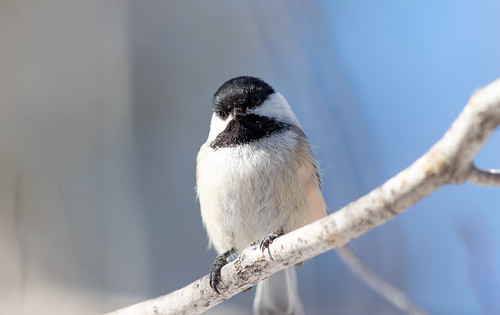 But one chickadee suddenly grabbed the ball, and with the persistence and gumption of Iowa’s Megan Gustafson (she's from Port Wing!) with all her double-doubles, this chickadee broke into a very long singing bout, producing a full 111 songs before he quieted down. Chickadees start singing in the dead of winter, but this kind of extended song is most un-winterlike. His persistence, like Megan Gustafson’s, gave Spring the critical edge.

Of course, with March Madness, you never know what’s going to happen next. Winter often stays in the game well into April, but unlike the basketball version of March Madness, you always do know who will eventually come out the winner between Winter and Spring. Some years the game just takes longer than others. 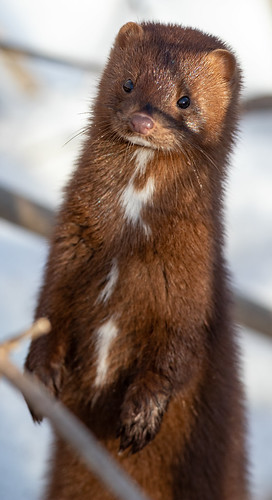