Too Old for This

This week, Russ and I are headed to our 50-year high school reunion. A couple of times recently people used the phrase “a woman of a certain age” when talking about me, though I prefer being straightforward and specific. I turned 67 ½ years old on May 11, the day that mathematically I was exactly three-quarters finished with my seventh decade of life. I’m still younger than the oldest known bird, a Laysan Albatross nicknamed Wisdom, who is at least 68 years old right now. But birds hang onto their youth way more successfully than we humans do—Wisdom produced a healthy egg and chick this year while I haven’t done anything remotely productive like that in over three decades. 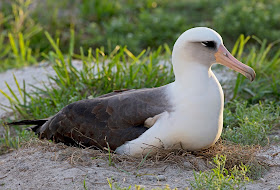 So based on all this data, I’m getting old. I may not be so old that I’m reminiscing about Corn Pop and pomade on men’s hair and record players, but I am old enough to remember the first time I flew to Los Angeles, in 1994. There were no clouds, but smog enshrouded the city in an ugly yellowish brown haze that made it hard to distinguish any buildings. My publisher, Nancy Tubesing, and I took a cab from the airport to our hotel, and the cab driver said yeah, the smog was bad, but nowhere near as bad as it had been in the decades before.

I grew up in Chicago, which was itself plenty polluted back then. Within hours after every snowfall, the snow along even low-traffic residential streets was coated with an ugly black crust from the emissions coming out of automobile tailpipes. But the worst city air pollution I can remember as a child was nothing like what I witnessed in Los Angeles in 1994, more than three decades after California passed their first auto emissions laws.

Why does California have stricter emissions standards than the rest of the country? It started long before the Clean Air Act was passed. The Los Angeles basin’s unique combination of enclosed topography, rapidly growing population, and warm climate was causing uniquely persistent, dangerous smog. In 1952, the year after I was born, a Dutch chemist named Arie Jan Haagen-Smit discovered that worsening Los Angeles smog episodes were caused by photochemical reactions between California’s sunshine and motor vehicle exhaust. People were dying, and birds and other wildlife were also in trouble. Something had to be done.

So in 1961, California’s Motor Vehicle Pollution Control Board mandated using the nation’s first vehicle emissions control technology in cars, and in 1966 they developed the nation’s first vehicle emissions standards. The pollution didn’t miraculously dissipate, but it did stop increasing at such an out-of-control rate, and so two years later, the EPA mandated standards identical to California’s for all model year 1968 cars sold in the United States. Ever since, California has led the nation, setting standards that little by little cleaned up their air so noticeably. Congress and most administrations, under pressure by the automakers, no longer even give lip service to trying to keep pace with California’s improving standards despite the fact that, according to the EPA, more than 110 million Americans still live in counties with unhealthy levels of pollution, and Los Angeles and California’s Central Valley still deal with ground-level ozone, which forms when other pollutants react in the presence of sunlight and heat. This smog damages lungs and causes other serious health problems and death for humans and most assuredly for birds. Currently 13 states and Washington, D.C. have stricter emissions standards than the EPA requires.

Auto manufacturers have dealt just fine with California’s strict emissions standards, which after all have been stricter than federal standards for almost six decades. But now the president has announced his intention to strip California of its right to set those critical air quality standards, despite the unique conditions that make pollution so uniquely severe there.

This 67-year-old woman, who saw so many horrifying environmental disasters in my own lifetime, is mystified about why a man 6 years older than me, who would have witnessed even more, is so eager to jettison state regulations so important for the health and welfare of so many millions of Americans. Our nation has never been anywhere close to perfect, but now we’re making a cataclysmic turn away from the one value that really did make America great—the willingness of so many diverse people to make sacrifices in the present in order to make the future better for our children and our children’s children.

Right now, an estimated 100,000 Americans die prematurely each year of illnesses caused or exacerbated by polluted air. That’s human Americans—we have no way of assessing the effects of air pollution on living creatures who can’t come indoors during smog alerts. The laws that people worked so hard to implement to clean up the environmental horrors of the 1960s and 70s are being thrown to the wayside by people who either can't remember how bad it was back then or simply don't care about the world we're bequeathing our children and grandchildren. I’m getting too old for this.