Our far-flung correspondents: The Greatest Gift 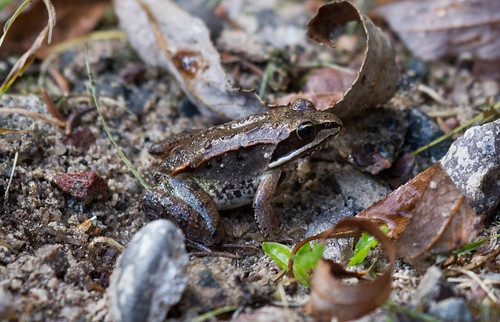 A few weeks ago, I received a letter from KUMD listener Frank Koshere. He wrote:

Your program regarding bird sounds and well-being to people prompts me to relate my non-scientific anecdotal personal observation with exposing an infant to nature sounds.

When my youngest daughter Lauren Koshere was born to my first wife in April 1986 we lived next to a small pond surrounded by woods with a large natural wetland nearby full of migrating birds and wildlife. It was a new home and we loved the environment around us.

We slept with the windows open as the weather allowed. Lauren came home as a newborn to the peak of spring frog calling. Her first months were full of the sounds of a healthy wetland.  Every night she slept with a chorus provided from nature. Visitors would ask how can we stand the “noise” of those frogs! To us it was not noise but a surround of natural sounds.

Lauren is now a brilliant young woman, a talented writer, socially empathic, and as well-adjusted fine person any parent could hope for. She now works for the Natural Resources Foundation of WI. For me as a retired biologist, it’s pretty cool to see some of yourself surface in your kids.

I firmly believe we as humans need these natural stimuli all our life, but it really makes sense that these stimuli were present as part of our evolutionary background. Our nervous system was designed to respond to natural sounds. Exposing an infant to these stimuli can only be beneficial.

So when my daughter Kathryn had her daughter Kadence, I bought a multi-disc CD player and gave her an assortment of frog species sounds of spring. Kadence slept in her crib with the soft songs of spring frog calls playing 24/7. Kadence just turned 16. She is on track to follow as a bright wonderful human being. Your idea of bird songs is for sure going to help your grandchild become a better person. You can’t go wrong letting nature in your life.

I did not grow up with natural sounds—the first time I slept outside with frogs singing away was the night of April 30, 1976, when Russ and I were camping out in northern Michigan before an early morning Michigan Audubon prairie chicken field trip. We got very little sleep, but it was a thrillingly enjoyable wakefulness.

After Russ's parents retired in Port Wing and we went to sleep to the sounds of frogs more regularly, we started taking that incomparably lovely music for granted. I don’t know where my grandson will grow up—after the pandemic, when it’s safe, my daughter and son-in-law will be moving out but they don’t know where quite yet. But even if it’s in an urban area, we’ll make sure Walter has the chance to sleep out where frogs are singing at least sometimes, and I’ll make doubly sure that he gets to hear the dawn chorus of birds a lot. Good hearing and vision are gifts, and using them to take in the songs and calls of nature is the greatest gift of all. 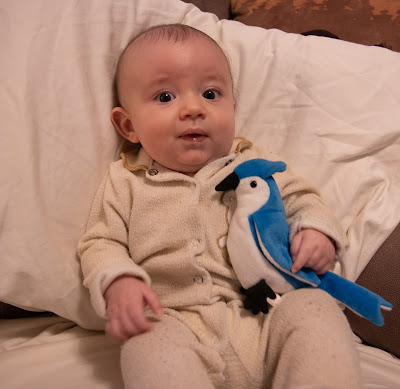