The current Birder's World has a great article by the splendid Kenn Kaufman about differentiating between Western and Clark's Grebes. Too bad I didn't have it when I was at Bosque del Apache National Wildlife Refuge. Some of the grebes were pretty straightforward, but some birds were pretty tricky. Most seemed to be Clark's. Coolest thing was seeing them come up with fish and call and deliver them to young birds. All these photos were taken from the Boardwalk. 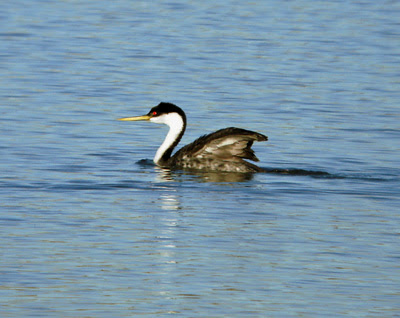 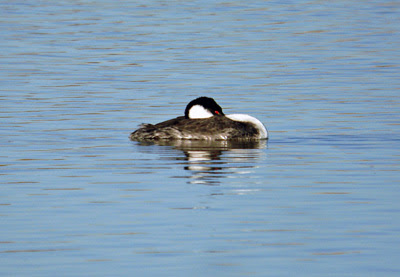 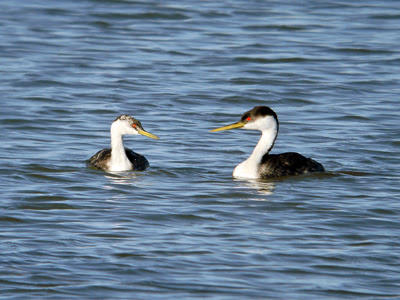 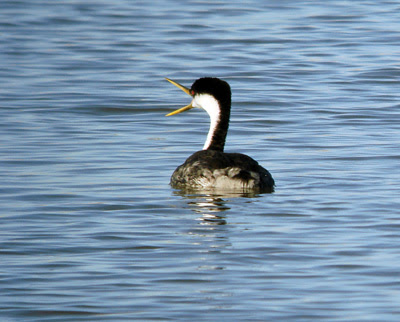 The whole issue seems to bore this one--Western? 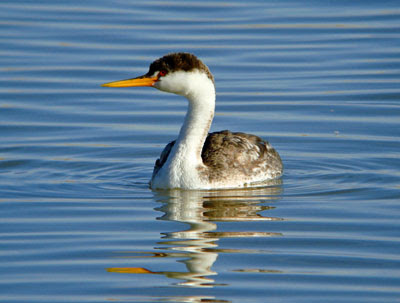 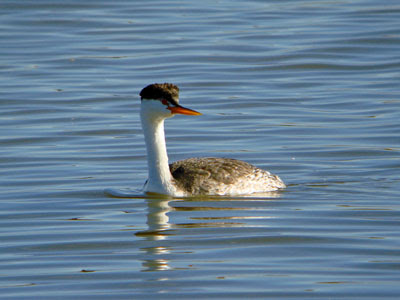 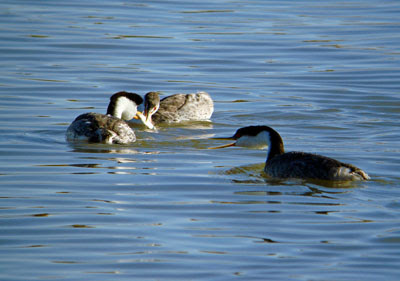 Clark's adult giving fish to immature while a Western (?) looks on. 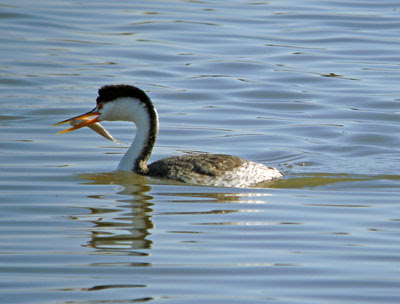 Remember the commercials wherein various animals said, "I wanna Clark Bar!"? This bird wouldn't be interested! But it is a Clark's (I think!).
Laura Erickson at 11:01 PM
Share