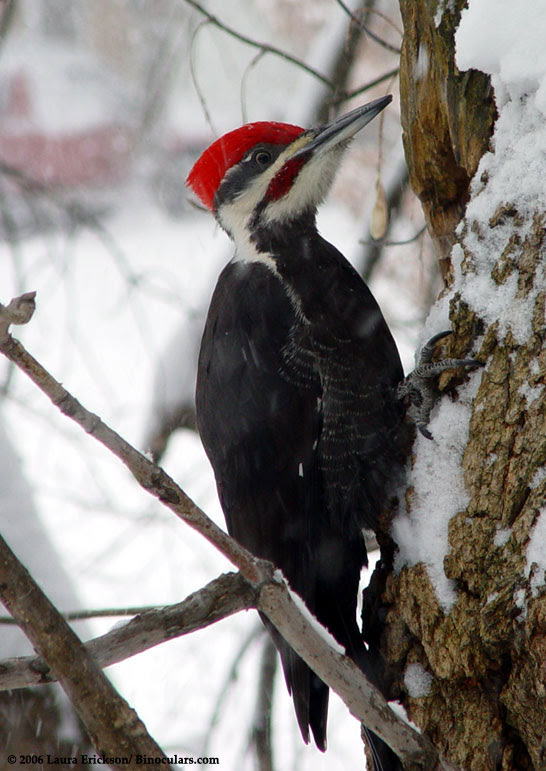 A Ross's Gull turned up in St. Paul yesterday, and was seen and reported by Bruce Fall. I didn't hear about it till I went home for a hot cider break (Russ makes the BEST hot cider, which has been one of the best CBC traditions for my group) and checked my email. This was my 27th Duluth CBC. (Well, I went out on only 26 of them. But I did keep track of my feeder birds in 1983, when my daughter was only 5 days old.) This is also probably my last Duluth CBC. In coming years I'll most likely be in Ithaca at the start of the count period. But I'll be back for break during the time that the Isabella CBC takes place, so that may become my next North Woods CBC tradition.

One of our Duluth groups--Peder Svingen and Tony Hertzel--stuck it out in the Duluth Harbor as long as they could, but then lit out for the territory in time to see the gull. Kim Eckert said this was the third Ross's Gull record for Minnesota. I don't think I'll have a chance to chase it, what with facing both Christmas and a big move. The only one I've ever seen before was in Ashland, Wisconsin back on December 7, 2001. Dick Verch found that one in the Bay.

At last night's Duluth CBC Compilation Dinner, we wished a Ross's Gull had turned up here. Our preliminary overall species total (it may change when we get more results from feeders and final harbor numbers from Peder and Tony) was lackluster--just 54 when our average is 56. My group had a total of only 131 chickadees--not a good showing, considering that this is probably my final Duluth CBC. I'm usually neck-and-neck with Sparky Stensaas, but this time he creamed me, getting over 500.

My group also missed seeing or hearing a single Pileated Woodpecker, though there has been at least one hanging out in my neighborhood for the past few weeks. But overall, the total for the count circle was 31, which wiped out our previous record of 20. The total was 34 cardinals, which was quite a bit below last year's extraordinary 60+, but way above the long-term average.

My group's totals were pretty lackluster even for a lackluster year, but we did make a great robin showing with 21 in a single flock! Janet Riegle and I saw 18 in a single group, but when I went back I saw a total of 21 there. I didn't count the robins we'd seen earlier in 2's and 3's since they may well have been joined in with the flock. I scrutinized them carefully in hopes of picking out a Townsend's Solitaire or something, but no such luck.

We always start out our morning in Pat Thomas's wonderful backyard. It's a certified Backyard Habitat by the National Wildlife Federation and also a Monarch stopover. Pat gave us 3 Ruffed Grouse and all 7 of our cardinals for the day. She also showed us the cavity where Pileated Woodpeckers had nested this past year--right now it's serving as a squirrel apartment. It's sad and disturbing that the lovely woods behind her place are supposed to be developed for a medical center expansion, when there's plenty of degraded habitat elsewhere that could have been used for this.

The saddest news of the day: not a single Evening Grosbeak. The happiest, in addition to the record number of Pileateds, were the TWO Three-toed Woodpeckers that turned up, the first time this species has been tallied on our count.

On the 30th, I'll be going on the Isabella Christmas Bird Count, the one count in America that is GUARANTEED--to not have a single invasive exotic species. Last year driving home from that count I came as close to a moose as I've ever been--it was millimeters from my front bumper, and I could see the steam from its nostrils as it galumphed past. Christmas Bird Counts are not only important for the data they provide about bird populations, and not only fun traditions--they also give us splendid memories that last a lifetime.
Laura Erickson at 8:47 AM
Share