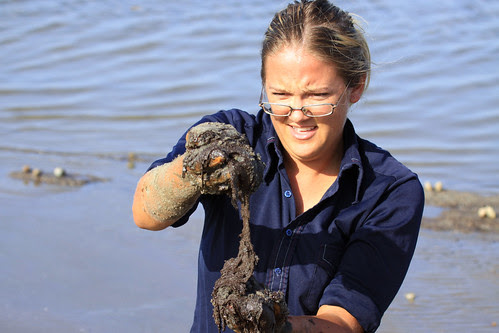 Now that BP’s exploded well has been closed off permanently, people are justifiably breathing a sigh of relief. And in some important ways, the damage in the Gulf hasn’t been nearly as bad as we expected—huge masses of black oil haven’t enshrouded all the beaches and islands along the Gulf in the way that Prince William Sound was so befouled after the Exxon Valdez. But just because the situation hasn’t proved to be as horrific as we feared doesn’t mean it isn’t plenty horrible, and doesn’t mean that it may not prove to be even worse than the Valdez for many components of the ecosystem. There are just too many unknowns here. What I find most frustrating is that many of these unknowns should be known, but BP, with the help of our own government agencies, has prevented scientists from gathering data and citizens from getting accurate information.
Ever since the Deepwater Horizon well exploded in the Gulf in April, there’s been a chasm between what is happening and what is being reported. Scientists were questioning BP’s estimates of how much oil was gushing even as the Coast Guard and government agencies at first affirmed their ludicrous underestimates. The official number of oiled birds released by the U.S. Fish and Wildlife Service continues to be a gross underrepresentation of actual oiled birds, including only birds that have been collected. The US Fish and Wildlife Service refused to allow people to collect oiled birds on their breeding colonies, even when photographs by scientists proved that over 80 percent of the birds were oiled. The agency claimed that some of the birds might be better off if no one disturbed them, even though they allow banding operations on breeding colonies, and even though expert rehabbers, experienced in safely capturing oiled birds, were turned away when they volunteered. The huge numbers of birds that were oiled on these islands are not included in the official counts. Fish and Wildlife issued a report last week saying that their [quote] “new detailed reports will give us a better initial picture of the effects to migratory bird populations from the Deepwater Horizon spill, help guide our efforts to restore these populations and help ensure that those responsible will be held accountable for the full impacts of the spill.” Yet these new reports continue to ignore the oiled birds on breeding islands, exactly as previous reports did. Months after breeding ended, people are finally starting to get onto these islands, but scavengers beat them to the carcasses.
I’d love to be able to buy the official line, that most of the oil was consumed by microbes, but that seems like magical thinking, or like believing in the Rapture. Where is the oil? A lot of it most certainly has evaporated, and a lot of it most certainly has been consumed. But we’re talking about more than 200 million gallons. Teams of researchers have found a large amount of it covering the bottom sediment, and more is being found here and there in the water. A mile-long, thick oil slick suddenly floated up and washed anew onto islands in Louisiana’s Barataria Bay just last week. And a lot of it has worked its way deep into the sand along many beaches. Last week, government workers stopped ABC news reporters from digging in the sand on Pensacola Beach with a small purple plastic shovel. BP workers aren’t allowed to dig more than 6 inches into the sand, which is pretty much what I observed and filmed when I was down in the Gulf—I’ve posted one video of that cleanup on my blog. So far we’re doing an astonishingly shallow, low-tech job of cleaning up a massive, high-tech oil spill. It’s time we focused on a thorough cleanup, and stopped sweeping the mess under the rug.
Laura Erickson at 6:46 AM
Share