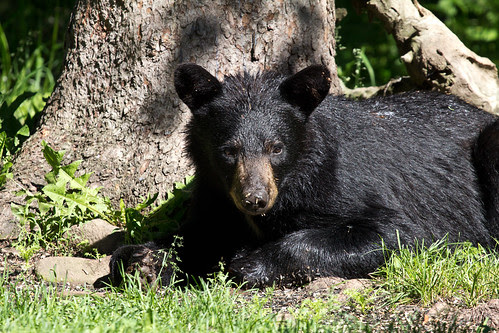 Transcript of For the Birds for August 31
This weekend, my mother-in-law and I came back at her house around 4:30 pm to a big mess. A bear had knocked down her birdbath and pulled apart her hanging feeder. 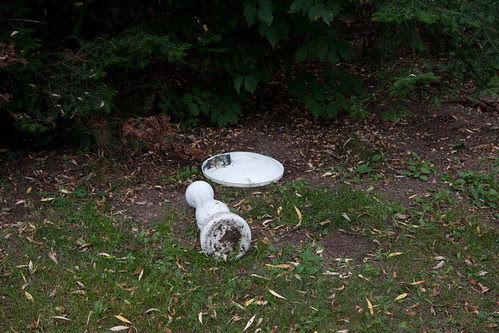 It’s constructed of sturdy PVC, but the bear had ripped out one of the feeding ports by its screws and bent the thick wires holding the top in place. 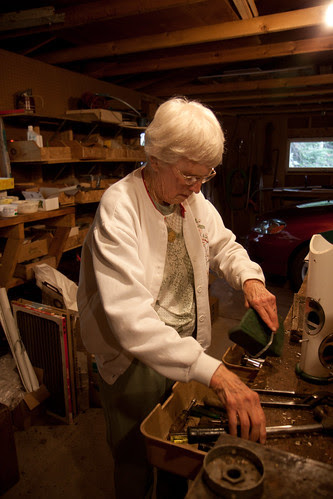 While she was repairing it, I found her old bleach bottle feeder crushed and chewed up in the undergrowth. 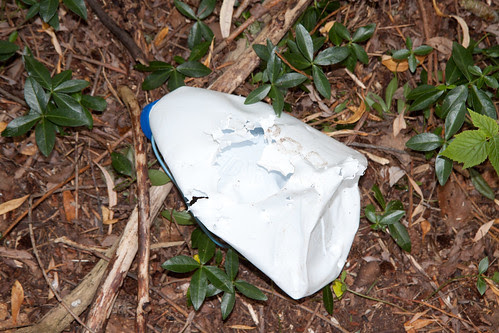 Bears have long wandered through her yard in rural Port Wing, which is why she’s in the habit of bringing in her feeders every night except in winter when bears are hibernating. Unfortunately, this year a handsome young one has been turning up in broad daylight, and right now, when natural food should be most abundant, he’s coming more rather than less regularly. 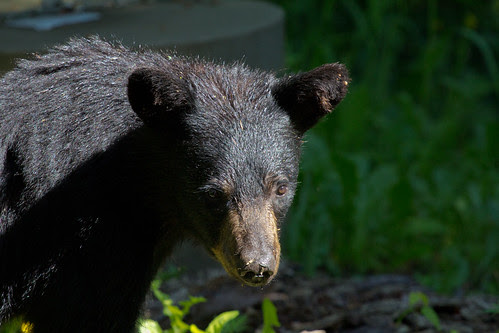 He ripped apart her tray feeder so many times it’s irreparable, so Russ is building her a whole new one. 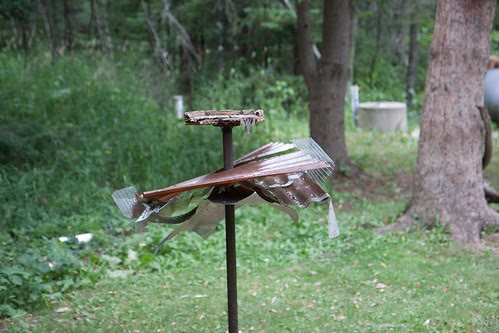 But for now, because the bear just won’t stay away, she’s closing down her feeding station in hopes that he’ll head back into the woods where he belongs. 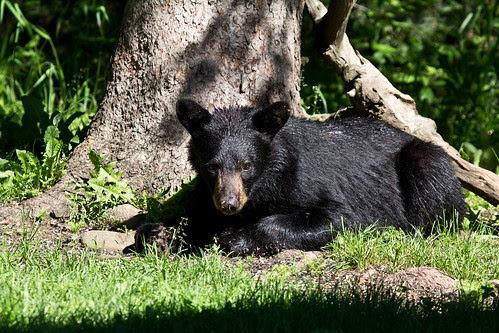 This particular bear is easy going and has allowed me to get some lovely photos. I’m partial to bears in general and very fond of this one, but it’s difficult to protect the needs of bears and people in the same space, and the bears who grow most accustomed to free food in backyards come to associate people and houses with free meals. Bears don’t necessarily discriminate between individual people, or at least are optimistic enough to generalize that if one person sets out free food, maybe others do, too. And when bears start approaching houses or people, it usually ends up very badly for the bear.

Summer feeding is a tricky issue because virtually no summer birds need bird feeders at all. Even so, some do benefit from feeders. Adult birds who spend most of their time incubating eggs or searching out insects for their young can benefit from quick meals for themselves between trips to the nest. During droughts and when flowers are scarce, hummingbird feeders enable more hummers to survive. And feeding summer birds can be a lovely pastime for us humans. 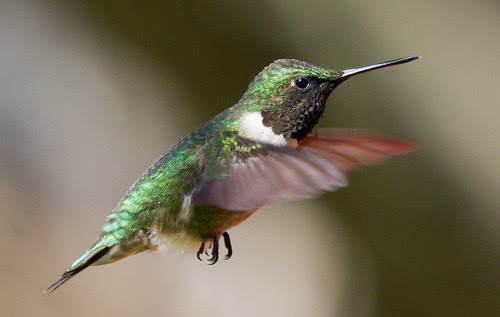 But summer feeding can subsidize bears, squirrels, pigeons, starlings, blackbirds, and House Sparrows, and warm temperatures and wet soil can lead to fungal and bacterial growth fostering diseases harmful to birds. It’s also critical not to leave out so much food that it rots after a rain. Even birdbaths can cause more harm than good if they’re not kept clean, providing a medium for diseases to flourish and allowing mosquito eggs to hatch and emerge. Clean and refill birdbaths at least every 2 or 3 days. 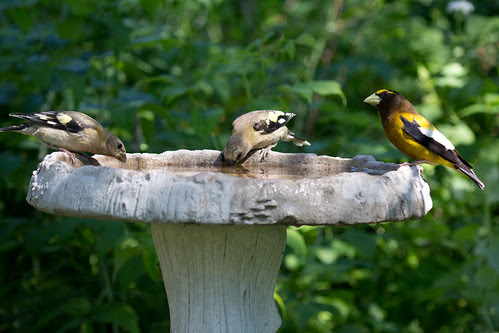 This week a man in Bloomington was sentenced to a year’s probation for violating his city’s bird-feeding ordinance. He was dumping seed on the ground, attracting so many rodents and ducks that his neighbors complained. In some online forums, people have been complaining about draconian laws and ordinances, but really, unless we face the fact that bird feeding does have a dark side and do our best to ensure that it’s a positive experience for birds, other wildlife, and our neighbors, we’re going to make things tough for everyone. People who end up hating squirrels or birds thanks to our feeders are not going to feel very conservation minded, and people with grudges often start trapping or otherwise harming animals. And really, it’s our responsibility to be neighborly toward human as well as animal neighbors. Being conscientious about bird feeding is the right thing to do. 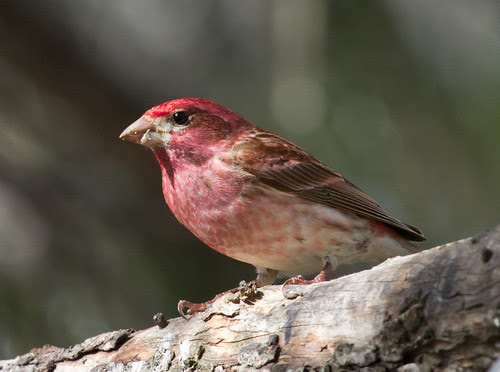