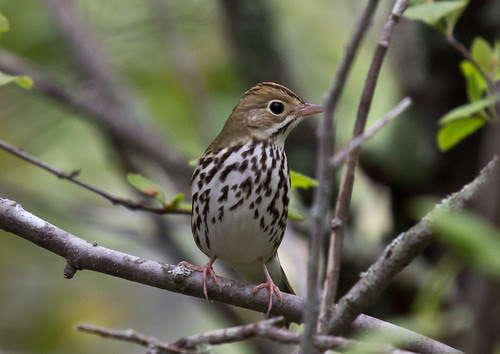 (Transcript of Monday's For the Birds.)

Last year, AT&T asked Lake County for a permit to construct a communications tower just off the Fernberg Road, near Ely. AT&T told Lake County that the tower was essential for public health, safety and welfare, and that there was no feasible alternative to a 450-foot tower. Lake County approved the project, but then the Friends of the Boundary Waters sued under the Minnesota environmental rights act, asking that AT&T be allowed to build a tower in the area no taller than 199 feet. I testified on their behalf regarding a tower’s potential impact on birds. The hearing was held in April, and last week the judge issued his ruling in favor of the Friends of the Boundary Waters.

A 199-foot free-standing tower wouldn’t be expected to kill birds, but any taller than that, a tower must carry warning lights to protect aircraft—these lights attract night-migrating birds. Tall towers also bear bird-killing guy wires. The US Fish and Wildlife Service produced guidelines instructing tower builders on reasonable steps to avoid "the take of migratory birds" and reduce the possibilities of prosecution under the Migratory Bird Treaty Act. They cite the five primary factors that affect the magnitude of risk to birds posed by a particular communications tower: the height of the structure above the surrounding landscape; whether the structure is lighted, and if so, the type of lighting employed; the use of guy wires; the location of the tower, particularly whether it’s near wetlands; and the weather patterns in the area of the tower, because fog and rain are especially implicated in tower kills.

AT&T’s expert, Paul Kerlinger was on the committee that developed these guidelines. In the trial, he testified that the guidelines are outdated, but the judge wrote in his ruling that he doesn’t accept Kerlinger’s opinion on this matter, because the US Fish and Wildlife Service still promotes them, most authorities use them, and Dr. Kerlinger still cites them on his webpage. The judge quoted my report stating that of the 30 bird species most frequently killed at towers, 28 breed in the Boundary Waters. Paul Kerlinger estimated that no more than 48 birds would be killed in any given year at the proposed tower, and that none of them were likely to be endangered. The judge wrote in his ruling that “He is a private consultant who works and testifies exclusively for the wind and cell-tower industries. The Court does not find Kerlinger's opinions about very low probable bird mortality at the Proposed Tower to be credible.”

The judge rightly noted that the bird issue is not the primary issue with regard to this intrusion on the wilderness. And he said that “improved cell-phone coverage for the residents (and visitors) of Lake County, particularly for emergency 911 communication, is an important and legitimate concern.” But he wrote that “Lake County was not provided with any AT&T propagation maps which showed the actual difference in coverage between a 199-foot tower and a 450-foot tower. AT&T's data presented at this trial shows that more than doubling the height of the tower produces only a 17% improvement in the coverage area, not a 1,600% improvement, as Lake County was led to believe. The judge also carefully examined the propagation maps and saw that that virtually all of the increased coverage that the 450 foot Proposed Tower could produce beyond the coverage of a 199 foot tower would be in uninhabited roadless areas which are either wooded or swamps. That increased coverage would not be of any meaningful benefit to the residents of the Fall Lake Fernberg Corridor area or to people using the lakes and rivers of the BWCAW. Finally, he noted that AT&T “did an economic analysis of a two 199-foot tower alternative. The return on investment was 63 months, missing the corporate profit benchmark by only 3 months. This does not amount to a fmancial hardship of "extraordinary magnitude."

AT&T hasn’t yet announced whether they’re going to appeal the case. But the judge’s 57-page ruling was well-considered and thorough. Perhaps the most compelling point in his ruling was to note that in its introductory material for visitors to the Boundary Waters, the National Forest Service quotes Edward Abbey on why wilderness is worth protecting: "A civilization which destroys what little remains of the wild, the spare, the original, is cutting itself off from its origins and betraying the principle of civilization itself."

See a PDF of the entire ruling here.
Laura Erickson at 7:46 AM
Share