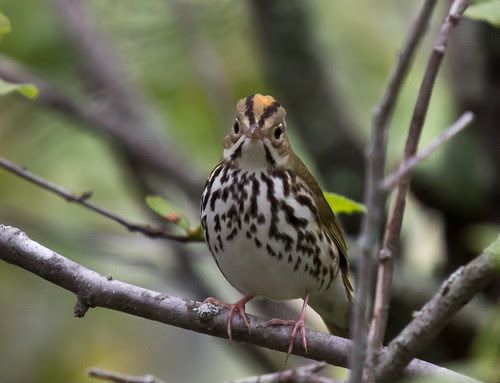 Last year, AT&T asked Lake County for a permit to construct a communications tower just off the Fernberg Road, near Ely. AT&T told Lake County that the tower was essential for public health, safety and welfare, and that there was no feasible alternative to a 450-foot tower. Lake County approved the project, but then the Friends of the Boundary Waters sued under the Minnesota Environmental Rights Act, asking that AT&T be allowed to build one or two towers in the area no taller than 199 feet. They produced evidence, in an analysis that was not disputed by AT&T during the actual court case, that a single 199-foot tower would provide fully 83% of the cell phone coverage of the proposed 450-foot tower, and that if AT&T built two 199-foot towers, they could in fact provide more coverage than their single proposed 450-foot tower. Again, AT&T did not dispute this in court. Rather, they noted that building two shorter towers would amount to a financial hardship of "extraordinary magnitude." Under cross examination, they testified that they had done an economic analysis of the two 199-foot tower alternative and decided against it because the return on their investment would be 63 months, missing their corporate profit benchmark by 3 months.

On September 29, AT&T announced that they were appealing the ruling. They plan to construct the approved 199-foot tower, but if they receive a favorable ruling, they will dismantle this tower to construct a 450-foot tower on the same site. In a case of what appears to be fuzzy math, their accountants believe that building two 199-foot towers would be more expensive than building one 199-foot tower, tearing it down, and building one 450-foot tower, along with a pile of legal costs to boot. Of course, constructing two towers also involves the cost of purchasing or leasing additional property, but I suspect AT&T’s real motives have less to do with saving money than saving face and trying to kill a precedent that communications towers can be visual blights and harmful to birds. The judge’s ruling mostly focused on, first and foremost, the harm to the wilderness vistas of a guyed, lighted tower, weighed against the fact that AT&T could provide similar coverage with a tower short enough to stand without guy wires and lights, but he also ruled that the lighted, guyed proposed tower would have an unacceptable impact on migratory birds given that the alternative plan would not be expected to harm any migratory birds at all. I testified on behalf of Friends of the Boundary Waters regarding a tower’s potential impact on birds, and Judge Bush specifically quoted my report stating that of the 30 bird species most frequently killed at towers, 28 breed in the Boundary Waters—a figure that is accurate and wasn’t disputed by AT&T’s ornithologist. However, AT&T’s witness estimated that no more than 48 birds would be killed in any given year at the proposed tower. The judge wrote in his ruling that “He is a private consultant who works and testifies exclusively for the wind and cell-tower industries. The Court does not find Kerlinger's opinions about very low probable bird mortality at the Proposed Tower to be credible.”

AT&T hasn’t officially filed their appeal yet, so I’m not exactly certain what legal basis they have. Judge Bush’s 58-page ruling, which can be read in its entirety on a PDF file linked on my blog, showed how carefully he listened to the arguments of both sides and carefully weighed all the evidence. AT&T’s belief that they can pay for a 199-foot tower, then tear it down to build a 450-foot tower, plus pay all their legal fees seems like a pretty clear case that they could have built two 199-foot towers in the first place. I hope the appeals court sees that.

[A full copy of Judge Bush’s ruling can be seen here: http://www.friends-bwca.org/FBWW-v-ATT-Order-Aug-3-2011.pdf]