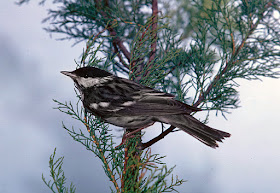 (Transcript of Today's For the Birds program)


In 1970, when I was in college, we celebrated the first Earth Day. Our conservative Republican president coined the term “environmental wacko,” but during his Administration, the nation banned DDT and passed the Clean Water Act, Clean Air Act, Environmental Policy Act, and Endangered Species Act. This was also when OPEC, the Organization of the Petroleum Exporting Companies, initiated the 1973 oil crisis. To conserve energy, Nixon lowered the speed limit to 55. We environmentalists felt optimistic, thinking the government was finally realizing how dire our dependence on oil was, and that they’d press industry to develop alternative, cleaner energy sources and to press auto and appliance manufacturers to make products more energy efficient. In 1975, the Corporate Average Fuel Economy standards, nicknamed the CAFE standards, took effect. Auto manufacturers suddenly had to consider the fuel efficiency of their fleet. But when Chrysler released its minivan, Lee Iacocca managed to persuade Congress to define the minivan as a light truck rather than a passenger vehicle. SUVs were also defined as light trucks, giving these vehicles a much higher gas consumption allowance. Hummers weren’t even required to meet the light truck standards because of their extraordinary weight, so they got away with getting only 9 to 14 miles per gallon.

The 70s was when we should have been researching alternatives for producing electricity, too. Instead, we waited until things got dire, and then started building wind farms willy nilly, without having done the necessary research to create designs that would not kill large numbers of birds or bats. We do know that tall, lighted structures attract nocturnal migrants in large numbers, and the people operating wind farms have a mandate by the Migratory Bird Act to prevent fatalities as much as possible. Yet two weeks ago, at the Laurel Mountain wind farm near Elkins, West Virginia, there was a kill of hundreds of migrating birds by the wind turbines. I learned about this on a birding listserv on October 27, and contacted the West Virginia Department of Natural Resources. I directed my call to the scientist who had confirmed the kill, and left a message, but my call was returned by someone else in the department who instructed me to contact their public relations specialist. He said although he could confirm the kill, he wasn’t at liberty to disclose how many birds were killed or what species were involved until the federal investigation was closed. A couple of birding sources gave the number as either 484 or between 500 and 600, and indicated that the kill was due to a bank of bright lights used to provide illumination at a substation—apparently these lights are supposed to be turned off at night, but were left on in exactly the cloudy, low-visibility conditions associated with most bird kills.

I’m not sure why two weeks after the incident, details are still so sketchy. The optimism I felt as a college kid seeing the government respond to critical environmental issues, and the sense that government was requiring more openness and honesty, seem to have dissipated.

Sadly, reports indicate that most of the warblers killed were Blackpolls, an endangered species in nearby Pennsylvania. The Migratory Bird Act calls for a maximum $5000 fine and a six-month jail term for each violation. This act is vigorously enforced when it comes to individuals possessing feathers or individual birds, even when the people are trying to rescue a hurt bird. I know that corporations are legally considered people now, but my prediction is that Fish and Wildlife will not issue any fines or jail sentences in this case. I’d love to be proven wrong.