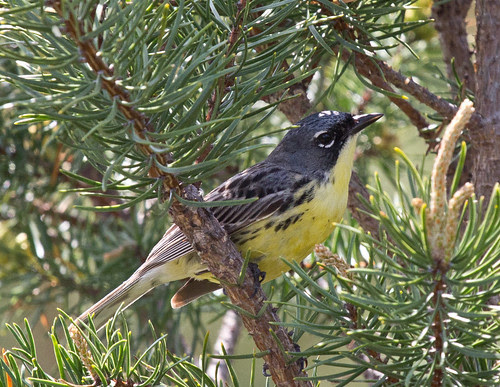 
Ever since the movie The Big Year came out, people seem more interested in the hobby of birding. I’ve been getting questions from people who went out to try and identify birds after seeing the film, and The Atlantic had a great story about a guy doing a Big Year this year. As of October 26, 2011, John Vanderpoel has seen 729 species, and is in third place in the American Birding Association’s record book. As of last year, second place is owned by Bob Ake, with 731, and it looks like Vanderpoel will for sure reach that mark. With luck, he may even reach Sandy Komito’s all-time record of 745.

I’ve never considered doing a Big Year—I just don’t have that competitive fire in my belly to want to chase birds just to see more than anyone else even if I did have the kind of money necessary. I’m a proud member of the American Birding Association even though I never submit my lists. It’s not at all that I disapprove of competitive listing. Just because I enjoy shooting baskets with my kids but never aspired to play basketball competitively doesn’t mean I don’t appreciate NBA level basketball.

I’ve been mulling over the idea of doing a different kind of Big Year that isn’t competitive at all—a Conservation Big Year. What I’d like to do is spend a year trying to see all the North American species that are endangered, threatened, or of special concern. I’d try to get photos and video of each species on its breeding, staging, and/or wintering range, and write about each species and how it’s doing and what kind of help it’s getting from federal and state agencies and conservation organizations. I’m already too booked for 2012, so this would have to happen in 2013. This would of course involve a lot of travel, which would ironically squander a lot of energy, but I’d at least try to minimize the energy used in travel. I think the ticket one needs to do a Conservation Big Year is a Duck Stamp, because so many birds, from Whooping Cranes to Black-capped Vireos, live in National Wildlife Refuges funded by Duck Stamps. The trickiest part of course would be funding, so I’d try to get speaking gigs here and there along the way. 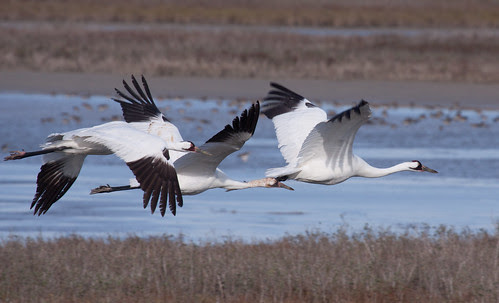 A year-long project like this could be a thrilling adventure, getting me into a lot of important habitats all over the country. I’d try to get to as many National Wildlife Refuges as possible, because they’re such an essential part of bird conservation. I wouldn’t need to go to Attu like the guys in the movie The Big Year—the rarities that turn up there are off-course migrants from Asia, most of which are doing well in their normal ranges. But it would bring me up to Alaska, some north Atlantic islands, and the Pacific coast. I’d get to spend time with Kirtland’s Warblers in Michigan, Lesser Prairie Chickens in Oklahoma, Sage Grouse in Colorado, puffins off the coast of Maine, and California Gnatcatchers on the Pacific slope. And of course I’d be seeing plenty of other birds wherever I was, so would almost definitely see over 600 species during the year.

My Conservation Big Year wouldn’t present the same difficulties as a competitive Big Year—I wouldn’t have to race off whenever a rare bird blows in on a spring storm. I’d have 14 months to plan it out so I could be at the best places at the best times to see each species when its singing or displaying was peaking. In the coming weeks I’m going to plot out a rough itinerary and see if this kind of thing would be at all feasible. I don’t know if my plans will firm up so I can really do this, but the more I think about it, the more excited I get. 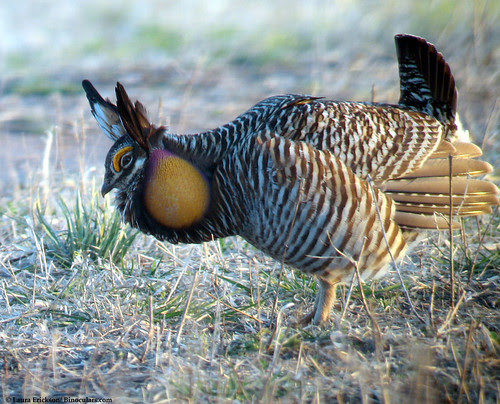