I have no idea why, but this year, 2012, I’ve seen more commercials and advertisements promoting Valentine’s Day than I can ever remember seeing before. Many of them seem to be telling men that giving a woman an expensive trinket is the pathway to eliciting mating behaviors, rather in the manner of the bowerbirds of New Guinea and Australia. Although many female birds select their mate on the basis of how high quality his territory may be, which helps her evaluate how likely she is to successfully raise young with him, I sense a less focused and less justifiable materialism in people—at least the ones this year’s Valentine’s Day ads seem to be targeting.

Birds symbolize love and romance for a lot of people—we refer to romantic couples as lovebirds and their behavior to each other as billing and cooing, and we even use the euphemism the birds and the bees rather than say the word sex, so it’s small wonder a lot of Valentine’s Day cards feature birds on them. 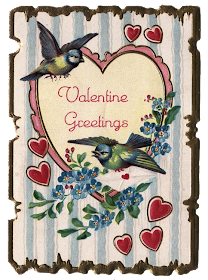 But on February 14, few birds are actually feeling romantic, at least not in our neck of the woods. Chickadees are starting to sing in earnest, but these Norwegian bachelor farmers of the bird world are still avoiding any kind of contact with their own or the opposite sex. It’ll take until May for them to overcome their inhibitions to do what birds and bees and educated fleas do, and female chickadees will lay 8 or 9 eggs in a single clutch so they won’t have to do that again for another year. 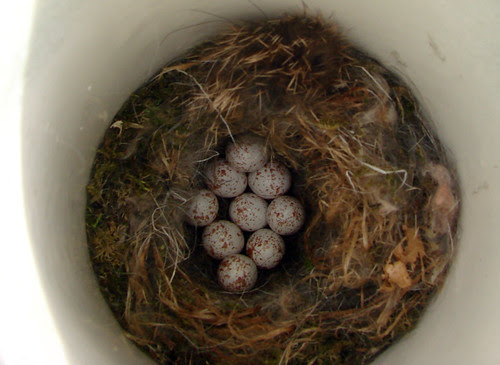 Robins are still hanging out in their sociable winter flocks, utterly devoid of any romantic impulses. It will take increasing day length as we approach the spring equinox for them to separate from their convivial group and enter into any kind of exclusive relationship. 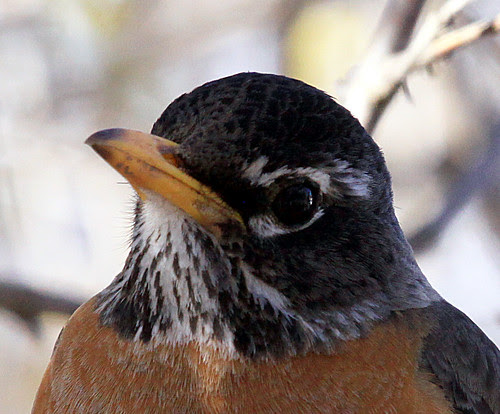 Hummingbirds would make horrible symbols for Valentine’s Day—males certainly do enjoy mating during the breeding season, but I doubt if they have any concept of the fact that this fun if brief behavior leads to the production of young. A male hummingbird pays no attention to either his mate or chicks except to steer clear of the female if she gets annoyed and flares her white tail spots at him. 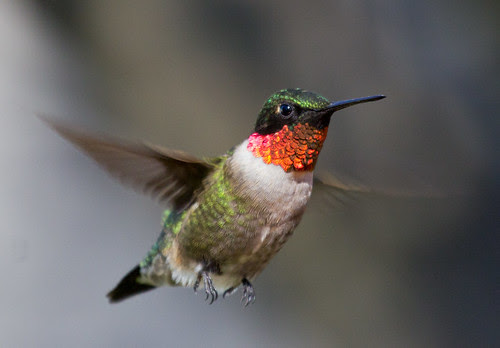 A few Bald Eagles are eyeing their nest trees again. Eagles mate for life, and we sometimes use this as evidence of a strong pair bond, but in reality, they only stay together because they can’t work out a property settlement. Eagles tend to be deeply in love, with their nest site. A pair cooperates with egg incubation, brooding chicks, and feeding nestlings, but they take separate vacations in winter and if another eagle of the opposite sex turns up at the nest first the next year, the eagle of the former pair will be perfectly happy to settle for it. If the original mate then turns up, he or she will fight the newcomer while the mate bides his or her time waiting to see how it all works out and who he or she will finally end up with. 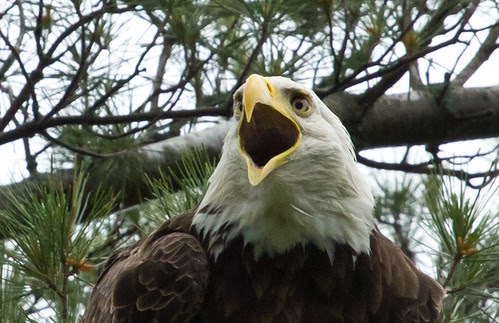 Great Horned Owls are a perfect symbol of Valentine’s Day for all but the squeamish. These birds mate for life, and appear genuinely affectionate toward each other during their Steve and Eydie stage, when they often sing duets long into the night, and occasionally preen one another’s faces. Many female Great Horned Owls are on eggs now, but the males provide for them by bringing delicacies back to the nest. Any mere mortal can say it with flowers. It takes true love and commitment to say it with skunk. 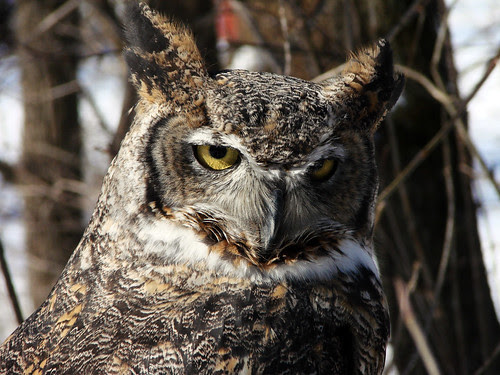