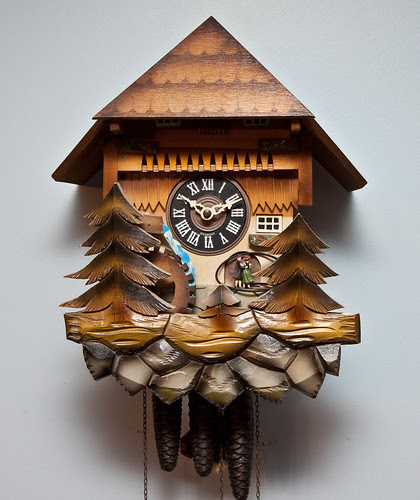 This past weekend was the shortest weekend of the year for most Americans, thanks to Daylight Savings Time—one of the oddest inventions people have come up with since cuckoo clocks. When I was helping count raptors at Hawk Ridge and was counting all migrating birds along the North Shore during the 1980s and 90s, we always used Standard Time on our data sheets—we called that “Bird Time,” since birds don’t change their clocks at all, but really, birds don’t use any clock system. True bird time would use sunrise and sunset as references, and the number of daytime and nighttime hours, and thus the actual time, would change daily throughout the year.

The concept of Daylight Savings Time is often credited to Ben Franklin, who did mention it in 1784. But the modern idea of daylight saving was first proposed in 1895 by George Vernon Hudson, and it was first implemented during World War I. Germany adopted it first, on May 1, 1916. The rest of Europe adopted it as the war progressed, and the US adopted the Standard Time Act in early 1918—that year, Daylight Savings Time started on March 31, but it was so unpopular that Congress abolished it after the war. Roosevelt instituted year-round Daylight Savings Time, which he called War Time, on February 9, 1942; it lasted until the last Sunday in September in 1945.

From 1970 until 2006, most of Indiana did not observe daylight saving time, but the entire state started to do so in April 2006 after eight counties in western Indiana were shifted from the Eastern Time Zone to the Central Time Zone. Arizona had rejected Daylight Savings Time in 1967, mainly on energy conservation grounds, because an extra hour of daylight after working hours meant that people coming home from work operated their air conditioning an hour longer each day. The main electrical savings comes from residential lighting in early evening. A 2008 study examined electricity billing data in Indiana before and after it adopted DST in 2006, and concluded that DST increased overall residential electricity consumption by 1–4 percent, due mostly to extra afternoon cooling and extra morning heating; the main increases came in the fall.

Birds pay no attention to the our clocks, and people who like to go birding in the morning before heading to work resent losing that precious hour of daylight when it really matters. But people who don’t mind leaving for work in the dark as long as they can enjoy some light after work seem to like it. But like most things, Daylight Savings Time is what it is, and those of us not in Arizona or Hawaii are stuck with it for at least another 8 months.