Transcript of Monday's For the Birds. You can hear it http://lauraerickson.com/Radio/SoundFiles/Current/2012-May/BirdSongPrimerII.mp3 or on the podcast page here. All bird songs courtesy of Lang Elliott 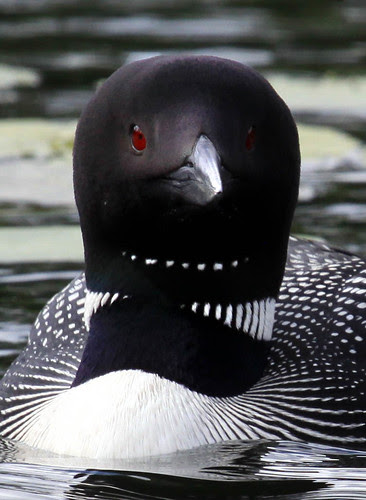 Most everyone recognizes Common Loon vocalizations, of not from hearing them on northern lakes, at least from Minnesota state lottery commercials. Loons make their long wail when calling family members toward them.

Only male loons make the yodeling calls we hear at night--these calls serve to declare a territorial lake and to warn other loons away.

What sounds like the loon laugh to our ears is actually the call loons make when they are fearful, so it’s the sound we’re most likely to hear when we bring our canoe too close to a family. For some reason, it’s also the call loons make in flight--perhaps they took Erica Jong’s book too much to heart. 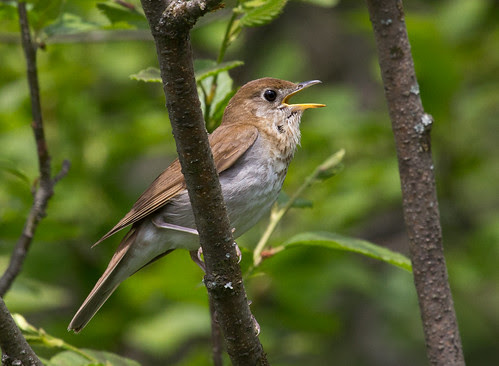 Many people ask me about a song they hear from their cabin porch near sunset-- a song they describe as something like water spiraling down a drain spout. This is the Veery, a small, secretive thrush shaped like a robin with a rusty back and very delicate speckling on the upper breast. 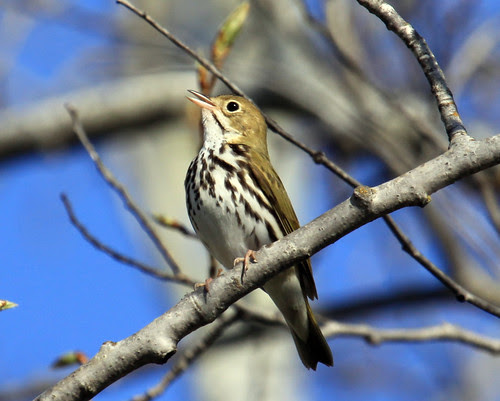 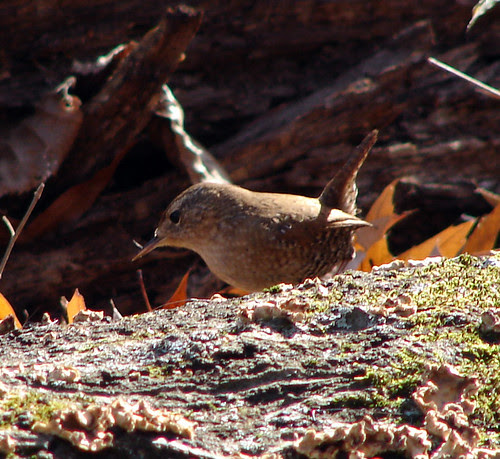 I think my favorite of all the sounds of the north woods is the long, silver-threaded song of the winter Wren. 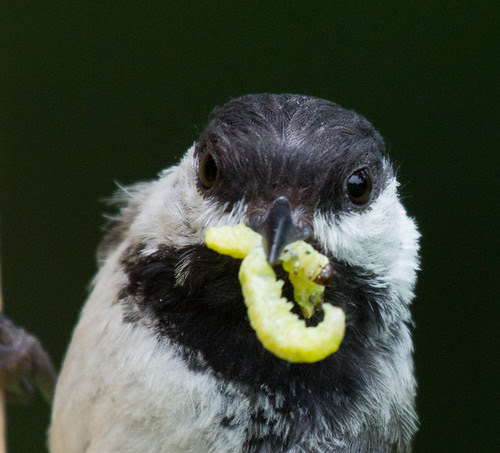 Two whistled songs catch people’s attention a lot. Most people know the Black-capped Chickadee’s chickadee-dee-dee call, but not so many recognize its actual song, which I transcribe as “hey, sweetie.” In May, chickadees are doing a lot of singing, especially at dawn. 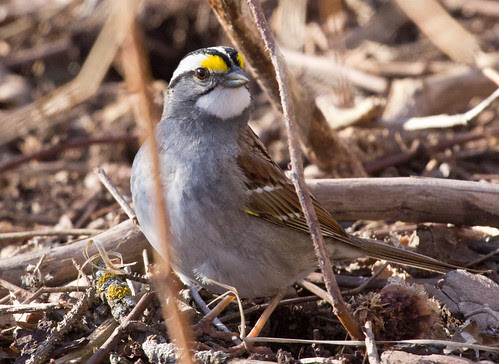 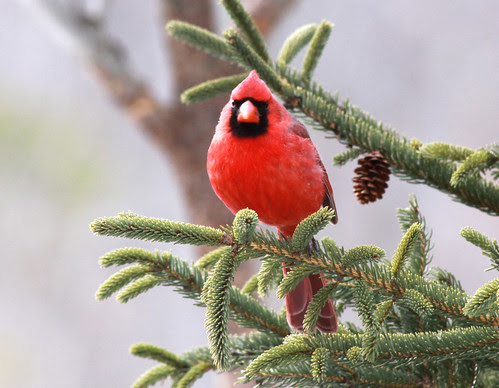 When I moved up to Duluth, Northern Cardinals were rare hotline birds. Now they nest in many neighborhoods, and we’re hearing their rich, slurred whistles more and more.
These songs are really just a tiny portion of the great many we can hear up here in May and June. Taking the time to listen, we learn many more. And each one we master makes the next one easier. The north woods is filled with auditory delights, all free for the taking.
Laura Erickson at 8:48 PM
Share