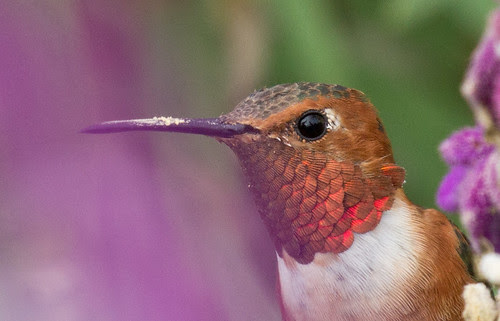 Last week I spent a few days in Orange County, California, as a speaker for the North American Bluebird Society. I didn’t have a car and was only there for a short time, so my birding was fairly minimal, but I did get to spend a couple of hours one morning at the San Joaquin Wildlife Sanctuary. This 300-acre freshwater marsh is owned and operated by the Irvine Ranch Water District, and the Sea and Sage Audubon Society operates a nature center and provides conservation and education programs. At least 282 bird species have been recorded there, 170 of which occur regularly. I saw only a tiny fraction of them, but had a magnificent time. 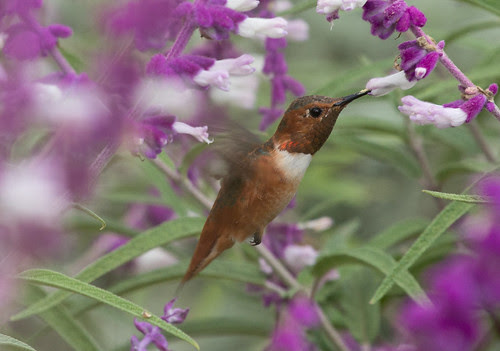 I spent quite a bit of time at the parking lot by the Audubon center, where a lovely flower garden pulled in several hummingbirds. Most were Allen’s Hummingbirds, which look a lot like Rufous Hummingbirds and act excessively feisty like them. I’ve seen them a few times before, but never got photos until now. Their excessive territoriality meant they kept chasing off the bigger Anna’s Hummingbirds, so I got just one quick photo of an Anna’s compared to dozens of Allen’s. 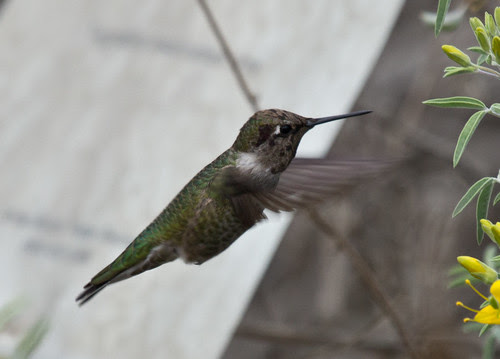 Due to hot dry weather, water levels in the ponds were extremely low. A man who worked for the water district came up and warned us that he’d be turning on a loud machine to pump more water into the ponds. He was so nice and polite about it, as if a noisy pump bothering us could have any standing compared to the important work of maintaining the water levels so critical to the birds we were enjoying. 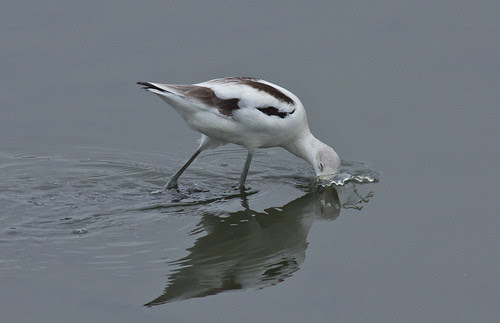 A lot of birds are drawn to those pools. Avocets and Black-necked Stilts were perhaps the most eye-catching, at least at first, but we also saw Forster’s and Least Terns, plenty of ducks including all three species of teal, and a bazillion Western Sandpipers—another species I’d never had confirmed photos of before this day. They look a lot like our eastern Semipalmated Sandpipers, and for many decades birders seemed to see both on a good day of birding during migration, until more careful analysis indicated that the Western Sandpipers actually do live up to their name. 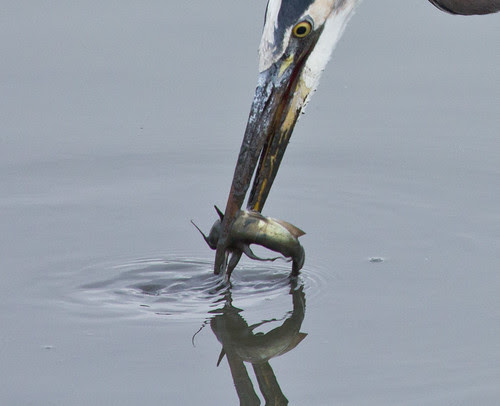 But as cool as it was enjoying a genuinely Western species that I only rarely get to see, I think my favorite sight was at the end, just before we headed out. We came upon a Great Blue Heron that had just caught a small catfish. Catfish spines are quite nasty, and the fish had been caught in the mucky bottom so it was pretty muddy. We watched the heron drop it into the water twice and pick it up again, getting most of the mud off it and waiting until it died and the spines relaxed before actually swallowing it. I’d make a terrible predator—I virtually always feel sad for the fish when I watch these dramatic events. But the heron worked so hard to get the fish ready and positioned for swallowing, and even the act of swallowing it seemed so hard, that I ended up feeling even more sympathy for the heron. 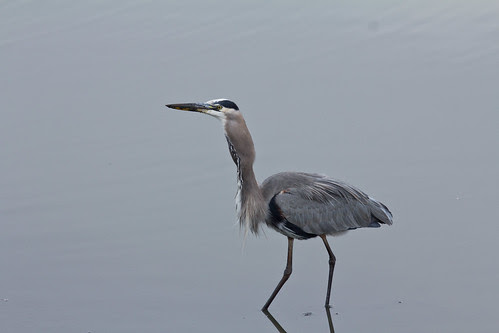 I’m hoping I’ll figure out a way to spend more time along the Pacific next year, when I hope to do a Conservation Big Year. My two hours at the San Joaquin Wildlife Preserve sure whetted my appetite!
Laura Erickson at 8:44 PM
Share