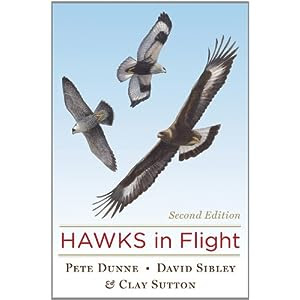 This fall, the University of Minnesota Press published my newest book, Hawk Ridge: Minnesota’s Birds of Prey, with up to date information about one of my favorite places and our amazing hawk migration. Grand Marais’s Betsy Bowen illustrated it. If you want to get natural history and migration information for each vulture, hawk, and falcon species ever recorded at Hawk Ridge, this book might be for you. But if you want to learn how to identify hawks, remember that the only way anyone ever gets good at hawk identification is to spend a lot of time watching them. Standard field guides are quite useful for identifying an occasional hawk when out birding, but sooner or later, and probably sooner, you’ll encounter a hawk too far off to see the field marks your field guide emphasizes. And hawks have enough variation in their plumage to make some nearby hawks tricky using a regular field guide. To become a true expert at hawk identification, Houghton Mifflin’s wonderful Hawks in Flight is the right choice.
The first edition of Hawks in Flight came out in 1988, with a foreword by Roger Tory Peterson. He’d spent most of his life promoting his own system of field marks for identifying birds, but praised Hawks in Flight for its holistic approach, helping us identify hawks using shape, size, and actions as much as plumage. That became my own personal hawk identification bible. But almost a quarter of a century later, the three men who put together Hawks in Flight have finally produced a second edition. At 342 pages, it’s a third bigger than the original. I loved David Sibley’s drawings on the endpapers of the original edition. They were line drawings of each species, illustrations of a bird’s topography, and head-on profiles of several species soaring or gliding. Perfect as they seemed to me, Sibley managed to improve the drawings for this edition. The first edition included 23 fairly widespread species; the second edition includes 34, including the North American raptors with more limited range. To accommodate the extra species on the endpapers meant the head-on profiles were taken off the endpapers, but Sibley improved and expanded those, too, placing them within the species accounts.
Illustrations in the species accounts of the first edition of Hawks in Flight were limited to Sibley’s excellent black-and-white drawings. Way in the back of the book were black-and-white photographs, some of marginal quality. The new edition adds a plethora of color photos to the species accounts. In the entry for a fairly straightforward species, the American Kestrel, there are four drawings by Sibley and 9 photos. For a much more variable species, the Red-tailed Hawk, there are 20 illustrations and 29 photos.
Hawks in Flight is way more text-heavy than a standard field guide. People wanting a quick, simple way to identify hawks with pictures will get a lot of information, but reading the text with the referenced illustrations is what this book is all about. Imagine gleaning a lifetime of hawk-watching experience from not just Pete Dunne, David Sibley, and Clay Sutton, but also from three hawk authorities whose knowledge is legendary: Jerry Liguori, Allen Fish, and Duluth’s own treasured hawk authority, Frank Nicoletti. These men shared so much information that according to the book’s introduction, they should be listed as co-authors. A close reading of this book over the winter is quite honestly the best single preparation for getting out there and identifying North American hawks that anyone could ever have.

DISCLAIMERS: Houghton Mifflin sent me a review copy for free, though I would have bought it with my own money otherwise, because I really wanted this book for my library. I've met David Sibley once (I have a photo of him, me, and Archimedes!), we corresponded a few times several years ago, and we were guests together on Larry Meiller's Wisconsin Public Radio program once. Pete Dunne used to remember who I was when I was young and slender, but the last few times I've met him he didn't remember me at all. I've never met or corresponded with Clay Sutton, Jerry Liguori, or Allen Fish. I'm one of Frank Nicoletti's biggest fans, and he actually lived with my family one migration season before he moved permanently to Duluth. I'm predisposed to like anything he does, because his hawk identification skills are exemplary, but this book stands on its own--I'd have loved it no matter what.
Laura Erickson at 8:28 PM
Share