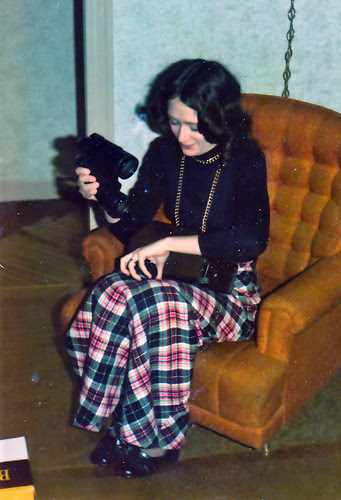 In 1974, I got perhaps the best Christmas present ever when my mother- and father-in-law gave me my very first pair of binoculars. They were Bushnell Insta-focus 7x50s. I’d never had binoculars before, and these were pretty much perfect for a first pair. The 7x magnification made finding birds in the binoculars easy for a rank beginner. The 50-mm objective lens made them heavy, but I was 23 and didn’t mind at all, and that large size made the image nice and bright when I was out searching for my first woodcocks and owls in twilight or even at night. These were the only binoculars I used for the first 4 ½ years of my birding, and I took them everywhere. I saw my first 357 species through them, and passed them among my students on bird walks. They were plenty good enough, but little by little, time and heavy use took their toll.

It was hard to give them up—as a matter of fact, I still have them. But by late 1979 I needed a new pair, so I scraped up the money to get a pair of Minolta 8x pocket binoculars—they were not nearly as bright as my Bushnells, and a little harder to hold steady because they were so tiny, but they lasted for 8 years. By then I was helping as an emergency auxiliary backup counter at Hawk Ridge, and counting birds from the Lakewood Pumping Station. I was also getting headaches after a day of counting. So I blew my family’s entire discretionary income for 1987 on a pair of amazing Zeiss 10x40s. They were brilliant and powerful. They should have lasted a lifetime, but when I was working at an optics company, I made the mistake of loaning them out while I was testing other models. The first person I loaned them to not-too-helpfully took them to a non-authorized camera store for cleaning, but they glued in the eyecups. I should have learned my lesson then and there, but I made the mistake of lending them to another person who never returned them. Meanwhile I’d bought a pair of 6x30 Leupold Katmais, from when Leupold was still making their products in the United States. These don’t quite cut it when I’m trying to spot distant jaegers out on Lake Superior or getting a great look at a hawk way up in the blue, but their wide field of view and brightness make them great for watching feeder birds out my window, and reasonably good for everyday use.

Now that I’ve been taking so many photos while I’m birding, I’ve been getting into the habit of bringing my cameras along and leaving the binoculars behind altogether. But this fall I did quite a bit of traveling and birding in unfamiliar places and missed having top-quality binoculars. Binocular optics have advanced since I worked for an optics company, and one current pair seemed absolutely perfect—exquisite 8x optics and so light I'd hardly notice the weight even when lugging my camera and telephoto lens: the Zeiss 8x32 Victory binoculars. I’m not earning anywhere near enough right now to afford anything new, much less something this wonderful, so when I’ve been to birding festivals I’ve shied away from even touching these dream binoculars. But out of the blue, a few days before Christmas one of my dearest birding buddies, who works at Eagle Optics, gave me his own pair of this exact model on a very long-term loan. I feel like a little kid again—I started a list of all the birds I’ve seen through them, and call them my Mikey Zs, after my friend Mike and Zeiss. 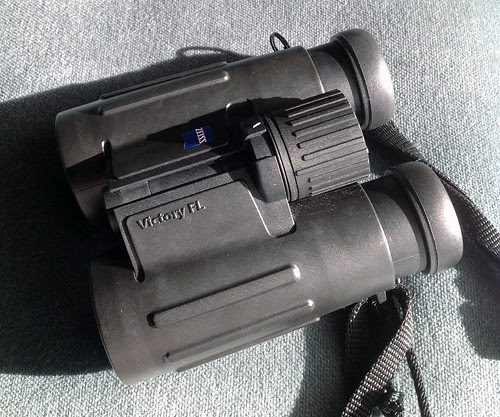 My Conservation Big Year starts tomorrow. I’m going to be trying to see as many birds of conservation concern as I can in 2013, while writing about their plight and what individuals and groups are doing to help. My splendid new binoculars will surely help me on my quest. 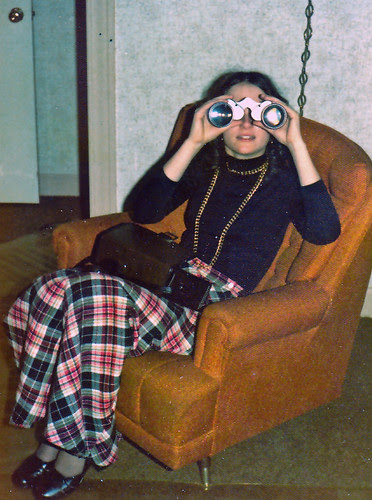