Conservation Big Year Update from May 13 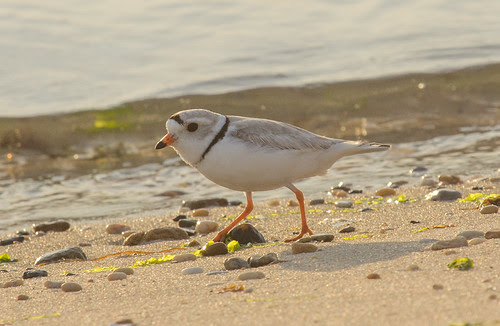 For three and a half weeks of the past month, I was away from home, missing much of our late wintry weather and our wonderful spring migration as I birded in Kansas, Oklahoma, and Delaware. And I spent much of January moseying down to Florida. Except while attending or leading field trips connected with birding festivals, most of this birding has been done at my usual pokey speed. Much as I love to find new birds, I even more love enjoying the birds where I happen to be, so throughout my adventures, I’ve spent as much time watching and photographing common birds as rarer ones. 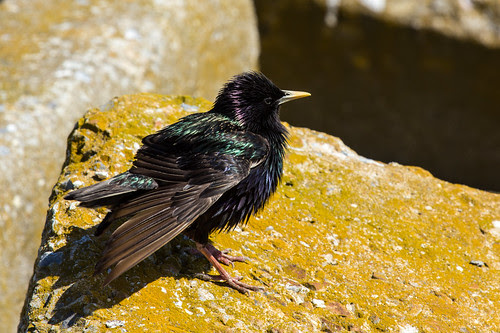 In February and April, I went on Minnesota Ornithologists’ Union-sponsored week-long trips, one to Texas and one to Colorado, led by Minnesota’s premier birder, Kim Eckert.  Kim’s trips were thrillingly high-powered. We started each day birding before breakfast and continued until dark—by the end of each nine-day adventure, I was exhausted but joyful. 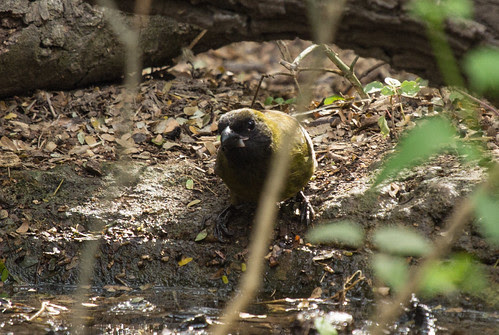 In Texas, I got one lifer—a Crimson-collared Grosbeak, a northeastern Mexican species that occasionally wanders into the Rio Grande Valley. I’m focusing primarily on birds of conservation concern here in the Lower-48, and the Crimson-collared Grosbeak is too common to be of concern—its rarity is entirely due to its being a vagrant. But a lifer is a lifer, and I was thrilled. 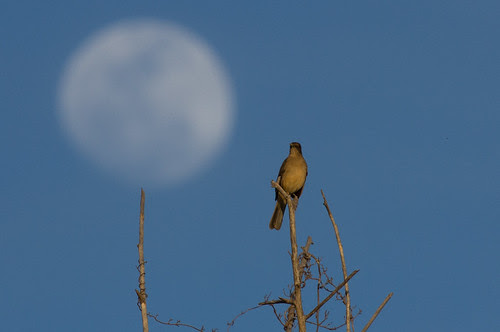 In Texas, I also saw two species that were on my world life list, because I’d seen them in the tropics, but which I’d never before seen in the US—the Clay-colored Thrush and Aplomado Falcon. The thrush is shaped like an American Robin, but is solid brown. People often wonder why such a drab bird was chosen the national bird of Costa Rica when they have such brilliantly colored toucans, hummingbirds, trogons, and quetzals, but it’s the homey little thrush who breaks out in its robin-like song as soon as it’s time for farmers to start planting. Clay-colored Thrushes are abundant in the tropics, and appear to be expanding their range northward, so promise to become increasingly common birds in Texas. 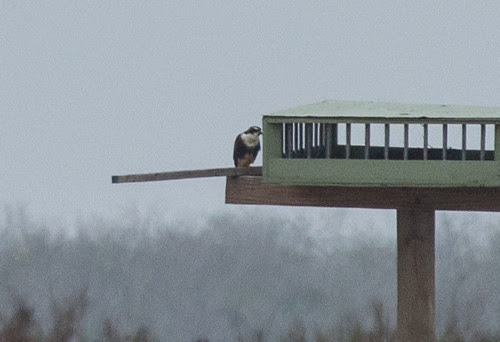 The Aplomado Falcon is a pretty bird of prey, the size of a small male Peregrine but weighing just half as much. It used to be a regular breeding bird in south Texas and New Mexico as well as much of Mexico, but it disappeared from the US and large swaths of Mexico due to a lethal combination of pesticides and habitat loss. The species has been reintroduced to Texas, where it’s now breeding successfully without intervention, and more recently to New Mexico. Sadly, it’s classified as part of an experimental reintroduced population and so does not get protection under the Endangered Species Act, and there is no legal mandate to restore or preserve its habitat. That makes the Aplomado Falcon truly a species of conservation concern. 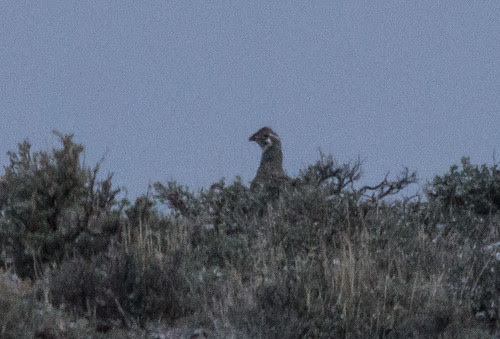 In Colorado I added two lifers, one big and one small—the critically endangered Gunnison Sage-Grouse, and the Black Rosy-Finch—a mountaintop bird that in winter sometimes works its way down a bit to visit feeders. 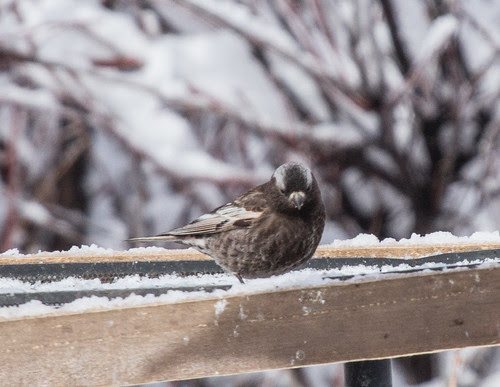 And on a field trip associated with the Red Slough Birding Convention in Idabel, Oklahoma, I saw another bird I’d seen for only two seconds before, in Guatemala—Swainson’s Warbler. We kept to a moseying pace on that field trip to the Little River National Wildlife Refuge, so got to enjoy that secretive little bird for many minutes. I got some good photos and even made a good sound recording with my cell phone! 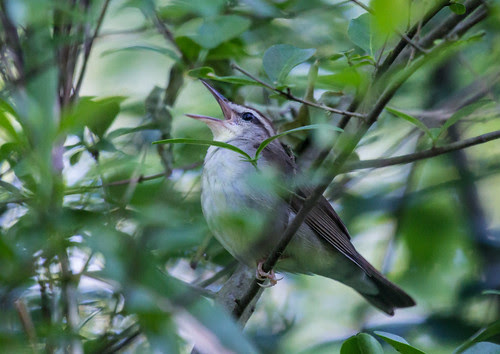