The Best Things in Life Are Free

I almost got to spend next week on an all-expenses paid trip to Kenya’s Central Rift Valley, looking at astonishingly cool birds and other wildlife. I’ve spent the past two months studying up on all the birds I might see there, getting excited beyond measure. That trip fell through at the last moment, to be replaced by one to Germany and Austria. I’ll see an order of magnitude fewer bird species, and not a single giraffe, but I’ve never been to Europe either, so my disappointment is well tempered with a brand new elation, excitement, and gratitude. 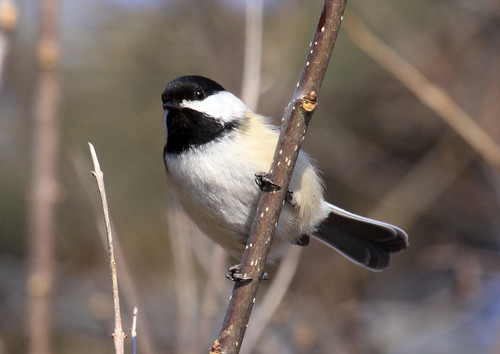 Of course, going to Africa would have been amazing. Several people have tried to console me by saying I can go there on my own, but I made choices long ago—choices I’ve never regretted—to focus my life on fully enjoying home and the places I can afford to get to while working primarily as a volunteer, doing the kinds of things for bird conservation that people who have to toe the line for employers can’t get away with. That’s limited my ability to squirrel away money, and what I did have tucked away I blew on my Conservation Big Year. One of my birding acquaintances had the temerity to tell me that anyone in a first-world country can afford world travel unless he or she has made "poor choices," but I’ve long noticed that many people who guide world travelers or sell expensive equipment have little sense of the actual value of money and of how most of us live.

Even if I won’t get to see them in real life, becoming a bit more familiar with the birds of Africa was an enriching and enlarging experience, seeing birds in northern Europe will be thrilling, and I’m way, way luckier than I was before all this happened. Now that I’m 62, with more active birding years behind me than in front of me, I have more certainty that my personal philosophy of aspiring to live life like a chickadee has been exactly the right one for me. I have equal certainty that it’s not the right approach for most people—in Minnesota alone there are over 400 bird species other than chickadees, and so even if everyone were to live their life like some totem bird, ignoring the huge wealth of other animal species and mythical and real human role models out there, few would choose the chickadee. Chickadees hardly care—they depend on a diverse ecosystem and accept a huge variety of other species into their social flocks, from flashy world travelers like warblers and tanagers to the quiet, serious White-breasted Nuthatches that hunker down and don’t travel at all. I’m not sure which quiet, industrious, intelligent bird my husband Russ would choose as his totem if he were the type who wanted a totem in the first place, but I do know I couldn’t be as happy and fulfilled if it weren’t for him, nor could I survive without a real job if he weren’t heavily subsidizing me along with my photography and birding and radio program expenses.

I don’t feel bad that I haven’t used my education and skills to earn more money—there are clear and obvious costs to idealism, including in my case a very low probability of ever being able to afford trips to Africa, Antarctica, or the Galápagos, but the rewards of following my heart and my conscience have been far greater.

This all flooded to mind Sunday night when I was watching Mad Men. The program has seemed from the start to be about Don Draper’s slow journey from his utterly false identity and his lucrative career in perhaps the least authentic field of all—advertising—toward finding and becoming his authentic self. Bert Cooper, the senior partner in his firm, seemed to view success strictly through the prism of money, foisting copies of Ayn Rand’s books on anyone he was mentoring. In this episode, he died right after watching the moon landing. His last word, after hearing Neil Armstrong’s famous lines, was “Bravo!” And at the very end of the episode, he appeared in a vision to Don Draper, singing and dancing to a 1927 song written by Buddy De Sylva & Lew Brown, and Ray Henderson, “The Best Things in Life Are Free.” All I can say is, “Bravo.”