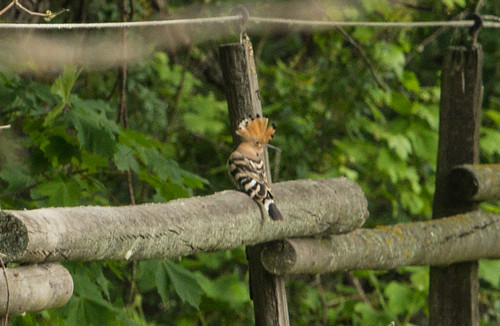 Back in 2005, when I was working for an optics retailer, I started getting emails from soldiers and contractors serving in the Middle East, asking me to help them identify various birds they were seeing. A great many of them noticed and photographed one particularly striking bird. It has head feathers that it can raise in a weird helmet-style crest or lower into a funky pileated woodpecker-type crest. It’s soft brown on the face, breast, upper back, and belly, and its lower back and wings are boldly marked with black and white horizontal bars. And its bill is long, slender, and curved slightly downward. 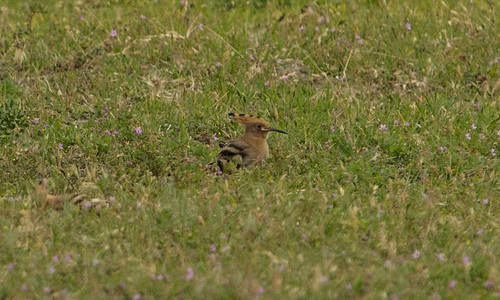 It was easy to identify these birds as Hoopoes—the only surviving members of the family Upupidae, found in Eurasia and Africa. And it was easy to see how they caught the eyes of so many Americans—they were striking and funky and different from any birds we can see here. I’d read a little about Hoopoes—all belonging to either one or two species depending on which taxonomist you talk to. Everyone considers them to be the only representative of their family, which some taxonomists place in the order also containing kingfishers and bee-eaters, while others place in its very own order, Upupiformes. I’d always thought their scientific name, Upupa epops, is one of the coolest of all. And when soldiers started sending me photos of them, I became increasingly obsessed about seeing one myself. The Hoopoe rose to a top position on my list of most wanted birds, second only to the Cuban Tody. When I was asked to go to Africa to check out some new Zeiss binoculars, the Hoopoe was easily my most wanted species. When the trip plans changed to Europe, I knew I’d not be seeing hundreds of really cool birds, but the one I’d most badly wanted to see would still be a possibility.

Sure enough, I finally saw my first Hoopoes last week in Austria. The birds were too far away for perfect photos, but I got splendid views through the binoculars I was testing, and got at least marginal photos to serve as proof that I really did see these amazing birds.

Our guide, Gerold Dobler, knew where to find a family group, the young just recently fledged. Although the parent birds wisely kept the young away from the road and our group, we could see them perched on a fence and feeding on the ground. Hoopoes insert their slender, pointed bill into the ground to probe for insects, and when they locate one, special muscles on their face allow them to open the bill with force against the soil to grab the morsel. The fledglings seemed to stay close to their parents—I’m sure that like the woodpecker families I’ve observed, the parents continue to feed them as the young first observe and then imitate proper hunting strategies. The birds were too far off for me to pick up on the calls described by their onomatopoeic name. But more and more, I’m finding that my travels are serving as scouting trips for when my husband Russ retires and we can return to the best places together. Russ isn’t really a birder himself, but he is the one who told his mother to give me my first field guide and binoculars way back in 1974, and I know he’ll be just as taken with Hoopoes as those Americans serving in the Middle East were when they sent me photos and descriptions. The world seems increasingly filled with hatred and strife, much centered in the Middle East and Africa where Austria’s Hoopoes spend their winters. But as long as Hoopoe families are still raising young, and people are still taking pleasure in watching them, we have at least a tiny bit of evidence that something is still going right with the world. 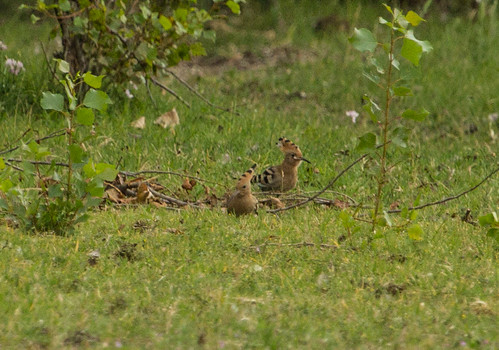