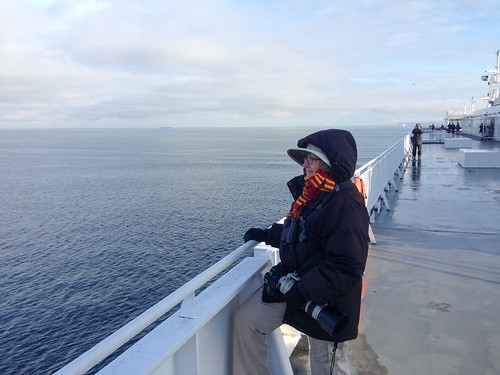 Quite a few years ago, I was scheduled to give a talk at the historical museum on Madeline Island. In line for the ferry ride, I was charmed watching a young couple and their daughter, who was 3 or 4 years old—she was jumping up and down and clapping with excitement. Finally the line started moving, and soon it was their turn to board. Her parents smiled and told her to come on, it was time to get on the boat. She looked up in shock and alarm and said, “NO! You said we were going to ride on a fairy!”

I thought of her on Saturday, November 8, when Russ and I took a ferry ride to Vancouver Island. I took more photos, by far, that day than any other on our trip, even though I knew the vast majority of them wouldn’t turn out well. Birding from a huge ferry has a lot of difficulties, but I knew that oceanic birds called alcids would be seen, and because I’ve had so very few opportunities to see them in the wild, I wanted to have photos to study, both to verify the species I’d seen and to enjoy after it was over. Most of the photos I took were of Common Murres and Surf Scoters, both which I already had better pictures of, but I also got a few distant shots at Ancient Murrelet, a species I’ve not seen since 1979. The pictures were far from great—they don’t even qualify as fair—but they worked for proving I’d seen this wonderful little saltwater bird. 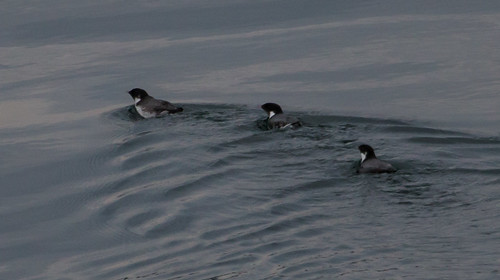 I also got to photograph lots of Glaucous-winged Gulls floating above the ferry. No one was feeding them, but they accompanied the boat on the entire crossing. 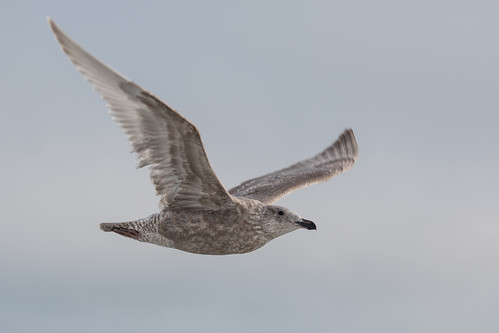 Once we got to the island, we didn’t have to say goodbye to the oceanic birds. We took a taxi to the town of Sydney where we ate lunch at a tiny café on a pier. I had the best cup of hot chocolate I’ve ever had plus got to see a Common Murre swimming and posing for photos as close as I’ve ever seen one. 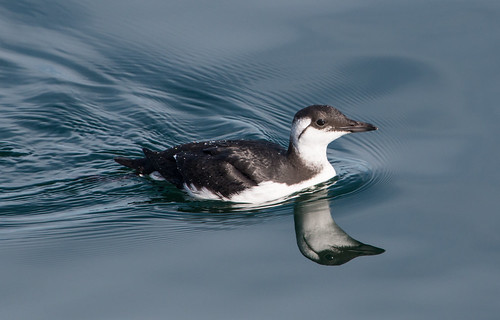 And dozens of Pelagic Cormorants loafed on the piles, along with a single Brandt’s Cormorant. 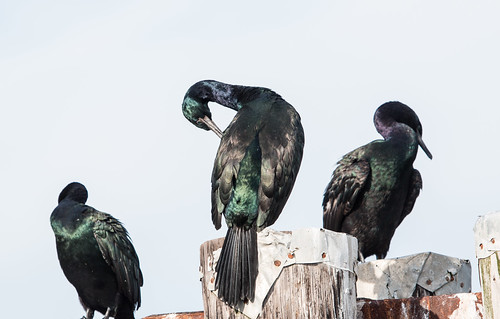 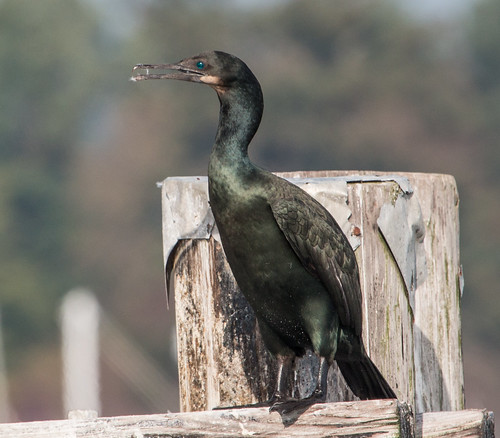 I’m amassing lots of photos of the cormorant found in the Midwest, the Double-crested Cormorant, including some on this trip, but before now, my only photos of these two West Coast species have been distant shots. And it was while shooting them that the sun came out for the only time all day, allowing me to capture the glossy greens and blues of their somewhat iridescent black feathers.

I also got a few shots of a Mew Gull—a delicate, tiny species that otherwise resembles the Ring-billed Gull. 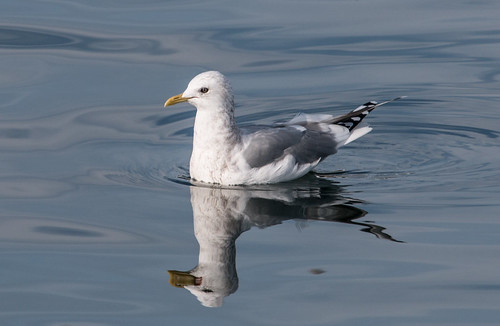 I even took a few pigeon photos. Feral pigeons are a people problem where they are abundant, but their only impact on wild birds seems to be in providing abundant food for migrating and newly established urban Peregrine Falcons, and their natural history and behavior are more interesting than most people realize. Even so, being on Vancouver Island with so many birds I don’t get to see in Minnesota, I didn’t spend too much time photographing ordinary pigeons. 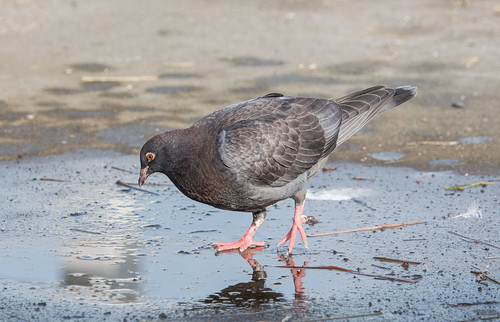 We only had a few hours on the island before we had to take the ferry back to the mainland, so we birded along the hike back to the ferry. Away from the shoreline, the cloudy skies and forested habitat made photography trickier—most of my photos were taken at a very high ISO, but I didn’t even care. I got lots of photos of Golden-crowned Sparrows. 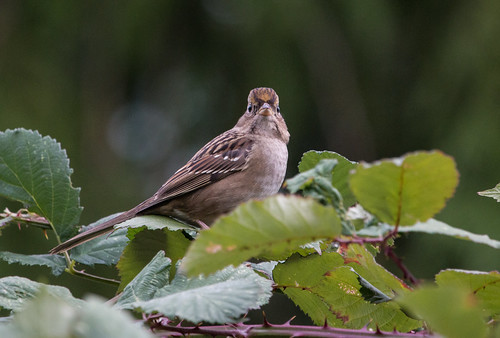 I also got a few of a Chestnut-backed Chickadee subduing some kind of wasp—even the grainy ones I got of that bird were the best I'd ever taken of a splendid species. 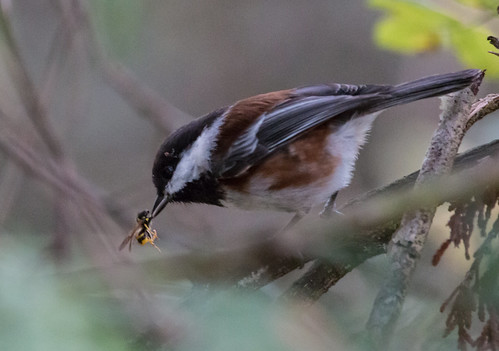 I wasn’t feeling very well at day’s end, so instead of riding on the top level of the ferry, where it was rather easy to go from one side to the other, we went down a couple of levels. Although we could see birds from only one side of the ferry on that level, we were significantly closer to them, and since I picked the side with the sun shining from behind me onto the birds, rather than the side where the birds were backlit, I got better photos than in the morning. It was on the return that I got those thrilling glimpses and photos of Ancient Murrelets.

I keep thinking about that little girl, who wanted a magical fairy to carry her across Lake Superior. I sure hope that by now she’s come to learn about the real magic we can experience in riding the other kind of ferry. 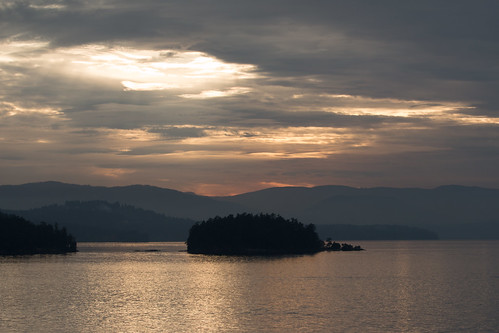