In July 1998, I got a Bichon Frise puppy named Photon. She instantly became my birding companion and plucky sidekick—she and I birded together in at least 31 different states and Washington, D.C., and I saw at least 450 species of birds with her at my side. She was 15 and slowing down by the time I did my big year in 2013 so didn’t get to travel with me for that, and she died last April. Birding has not been the same without her.

I didn’t even think about getting a new dog for a while, but now I’m ready. I'll be getting a female puppy on March 21. She's a Havana Silk Dog, the same breed as Charles Dickens once had, so I’m calling her Pip, after the main character in Great Expectations. She was born on January 2, and the breeder sent me photos taken right after she was born and when she was two days old, and promises to keep me up to date. Her two litter mates are males, also named for characters in Great Expectations—Herbie after Herbert Pocket and Joey after Joe Gargery. 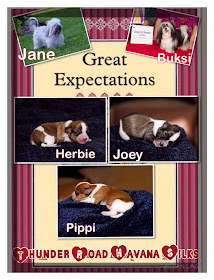 Birding with a dog requires a lot of logistical planning. Before I knew I’d be getting her, I’d already agreed to speak in Kansas in April, at the two-day-long Wings N Wetlands Birding Festival, which is centered around two amazing birding spots—Cheyenne Bottoms and the Quivira National Wildlife Refuge. I’m not sure I’ll be able to bring Pip along to this. In May, when she’s a little further along in her training, I will be bringing her along to Trempealeau, Wisconsin, and to the wonderful birding festival in Ohio called The Biggest Week in American Birding—organizers from both of those gigs will be putting me up in their houses rather than a hotel so when I can’t have her with me, she’ll be safe and comfortable. 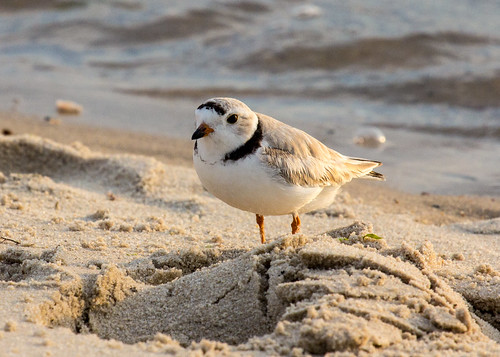 Many great birding spots forbid dogs, and with good reason. As fun as it is to play with a dog on the beach, that’s particularly dangerous where plovers or small terns breed—even the gentlest dogs and most benevolent owners present a danger when running through a nesting area where eggs look like little stones. And birds get stressed out when potential predators walk through their territories in any habitat, especially during the breeding season. I learned that first hand with Photon. Whenever we walked on a narrow path through the woods in spring or summer, warblers, vireos, and wrens would drop down to scold her. Neither she nor I meant any harm, but the birds couldn’t know that, and diverting them from more important activities wasn’t safe for them or their young, so when I had Photon along, I started limiting my birding to wider roads during the nesting season. Photon never in her life chased any kinds of animals except white-tailed deer. I have no idea what she’d have done if she ever managed to get close to one—whether her goal was to bring it down or be best friends—but deer can easily bring down a little dog with a good swift kick to the spleen, so I never allowed her to get close enough to find out.

Photon drew in a Bald Eagle at Crex Meadows once. The eagle circled over her, eyeing her carefully, but fortunately I was too close for the eagle to even try to attack. Photon also brought in a whole group of coyotes to my tent one night at a wildlife refuge in Arkansas. I always kept her on a long retractable leash—I’d hooked the handle to my belt with a carabiner, and drew her in any time I needed her close. I don’t know if Pip will find deer attractive, but as I did Photon, I’ll train her from the start to stick by me, and I’ll keep that retractable leash on her at all times anywhere outside of our fenced in backyard. It’s fun to think our dogs are perfectly trained and will instantly come no matter what, but I’d sure hate to learn otherwise the moment a bear appears on the horizon or a family of baby ducks waddles past.

You don’t need a dog to go birding, nor do you need any other birding companion. But a buddy on road trips can enhance the experience, and a good dog will never tell you that you’ve misidentified a bird or argue about who spotted it first. A good dog may never help with driving, but will give you someone to talk to when you need to stay awake. And puppies are just so hopeful and fun. Winter always seems to last too long, and waiting for spring is always hard, but this year will be worse than usual. March 21 seems very far off when I’m so filled with great expectations. 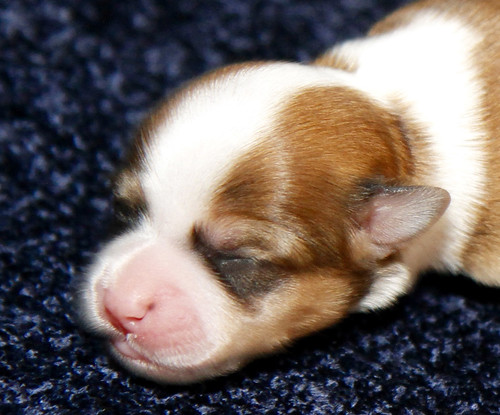