Gifts from Birds and Other Internet Stories 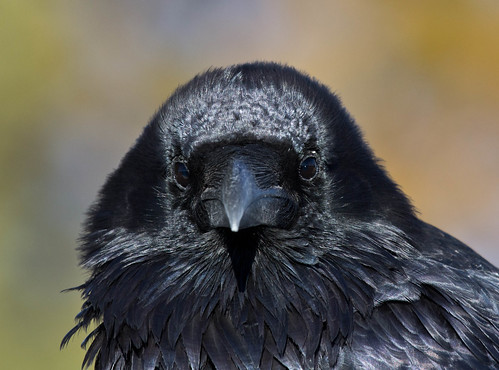 Every day, people send me bird stories, pictures, and videos they’ve seen on the Internet. One kind irritates me—videos, invariably set to music, of captive birds, in rehab situations or from countries where wild native birds such as owls can be kept as pets, doing what superficially looks like funny or cute things. “Laughing” Snowy Owl pictures are invariably showing stressed or overheated birds panting.

Videos of cats or dogs playing with birds may sometimes be showing really well trained pets, but set up dangerously false expectations. Before I knew better as a rehabber, I used to let my golden retriever Bunter follow me everywhere. One time when I accidentally left her in a room with Blue Jay fledglings, I returned to find one baby jay hacking into her back like a woodpecker, and another leaning over on her snout, probing into her nostrils. This made for a wonderful story I’ve used for over two decades, but when I tell it, I add reasons why despite Bunter’s trustworthy nature, it was a horrible mistake to let this happen. Indeed, one of those jays ended up being unreleasable. During the period I was trying to acclimate her to the wild, she kept landing on strange people AND dogs—and was almost killed by a dog.

One video showing what is touted as a “snoring hummingbird” is actually showing a desperately stressed hummingbird coming out of torpor. That one and a lot of the ones showing young owls in rehab situations elicit comments on facebook about how people want a hummingbird or owl as a pet. Acquisitiveness is a quintessentially human quality, but in the context of possessing wild animals seems profoundly misguided. Why can’t we love wildlife on its own terms? If a photo of a lovely bird or mammal elicits yearning in us, why must that yearning be to own the animal rather than to experience it in the wild?

But as cranky as some viral wildlife videos and stories make me, some are wonderful. One of the stories making the rounds since last week is about an 8-year-old girl in Seattle who has been feeding peanuts to her neighborhood crows since she was a toddler. The crows came to recognize her not merely as a source of food, but as a comrade, and started bringing her little gifts, such as paper clips, Legos, rusty screws, beads, and a pearl-colored heart. She puts food for the crows into a dry birdbath, and they leave these gifts for her there, rather as Boo Radley left little gifts for Scout and Jem in a knothole.

It’s possible, of course, that the crows aren’t knowingly giving her gifts. Corvids carry food and other items in their throat pouch; if they come across a better morsel, they spit out what they’ve been carrying before they pick up the new item. So these gifts may simply be discarded items they don’t value as much as food. That would be my conclusion if the girl had found just one or two things in there, but they’ve left her so many things just since 2013 that it’s very likely that they really do intend them as gifts, or at the very least as a fair trade.

After this story went viral, other people started reporting on gifts they’ve received from corvids. After all my years of birding, I have only one story to offer. Back in 1981, I was staying with Russ’s parents for a couple of weeks while Russ and I were in the process of moving, and I took walks in Port Wing every morning. One day when I returned to the house, I noticed that my wristwatch was missing. It was on a leather strap, and the buckle had occasionally worked its way open. I thought it was lost forever.

The next day when I was three or four miles from Russ’s parents place, a raven flew over and made some interesting squawks I’d never heard before. A few minutes later, that or another raven flew over with something hanging out of its beak. I pulled up my binoculars, and there was my watch! The raven flew in, closer and closer, right over my head. And voila! It dropped my wristwatch at my feet.

The watch stopped working a year or two later, but I’ve never been able to throw it away. Somehow that raven had transformed my cheap old watch into a priceless treasure.