Fall is here! A walk on the Western Waterfront Trail 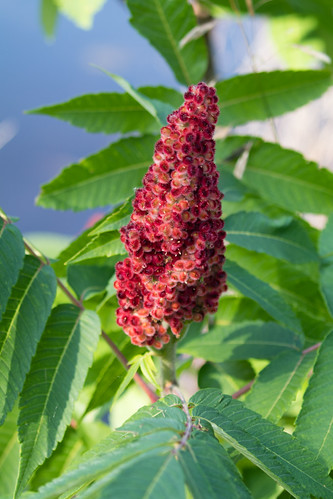 A lot of people seem to think it’s still summer—yesterday’s sweltering 88 degrees contributes to that misapprehension.

Birds know better. Days are noticeably getting shorter, most baby birds of the year are on their own now, and adults are recovering from the rigors of raising those young birds—many have finished molting into new feathers and are ready to head south. NEXRAD has been showing some migratory events already, and even though birds are quiet, we can’t help but notice that a lot of them are starting to pass through. 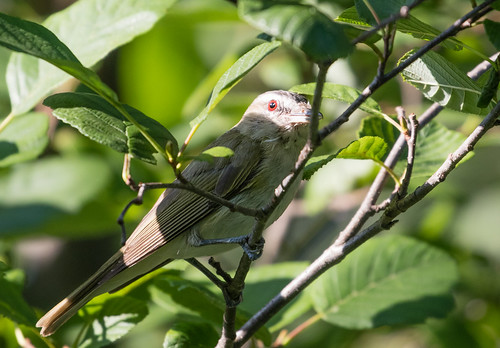 I went out to the Western Waterfront Trail yesterday for a short walk. I’d hardly stepped onto the path from the parking lot before I was seeing lots of birds. A Red-eyed Vireo family. Five Ovenbirds that I assumed were a family unit. A couple of Veeries hanging out together. Two adult Cedar Waxwings with a growing fledgling. Lots of goldfinches flying this way and that. A noisy Blue Jay family. A few Nashville Warblers and two immature Magnolia Warblers—those two species don’t nest anywhere near the Western Waterfront Trail, so I’m assuming they were migrants. Berries abound, and tasty insects were everywhere, as my many mosquito bites attest. One female Ruby-throated Hummingbird snatched insects from a spider web. 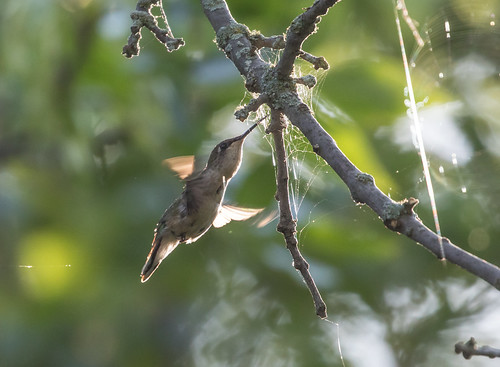 It’s interesting to consider how some of the mosquitoes that bit me would in turn be eaten by birds, so my blood is providing at least a few of the calories fueling migration. We really all are in this together. It takes a village.

One American Redstart, two Song Sparrows, and a Swamp Sparrow were still belting out a song now and then, but most of the birds I saw were pigging out in small family units or mixed flocks moving with the local chickadees.

I have a new field recorder that I’m trying to get the hang of before heading out on three major work-related trips this fall, and I was also trying to photograph some birds. I missed pictures of the Ovenbirds because it took too long to put away my microphone to switch over to my camera—Ovenbirds don’t approve of paparazzi in the first place, and are certainly not going to sit around waiting while a photographer gets organized. I got dozens of photos of Red-eyed Vireos, but the lighting was awful. Most of the birds I saw were high up and not interested in posing. I got a couple of photos of an immature Magnolia Warbler—the photos are poor quality and most of the bird was obscured by leaves, but you can still see the one field mark that distinguishes it from any other warbler—the large white area at the base of the tail with the thick black tail tip. 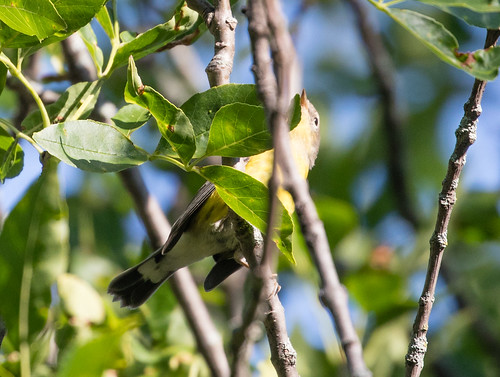 Fortunately, one female Black-and-white Warbler took pity on me and spent an inordinate amount of time posing this way and that on a nearby branch in perfect light. 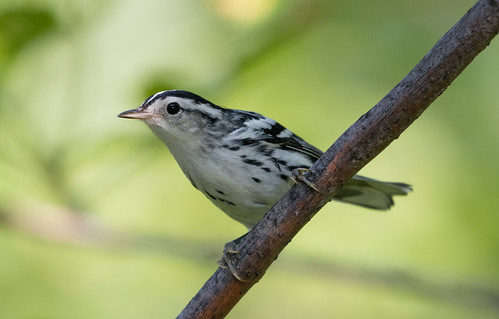 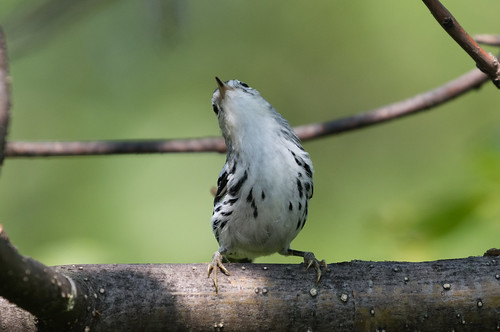 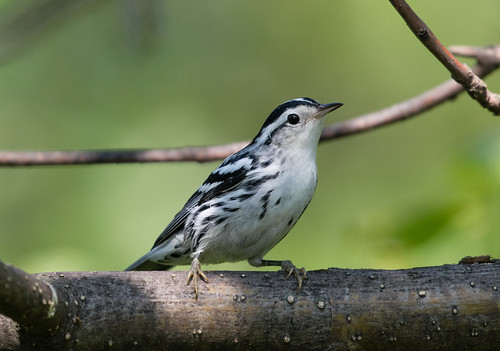 If only a few birds are singing, the rest are not exactly silent. They gravitate to chickadees, which make several little calls even when not chickadee-dee-deeing, and the warblers occasionally let out a call note themselves. I miss most of that if I’m not wearing my hearing aids, but I’ve been quite good at remembering to pop them in. It was windy, but the best thing about good digital hearing aids is that they selectively boost the sounds you want to hear, making them clearer against background noise. It wasn’t a big day for auditory or visual pleasures, but that made the birds I did find all the more precious. 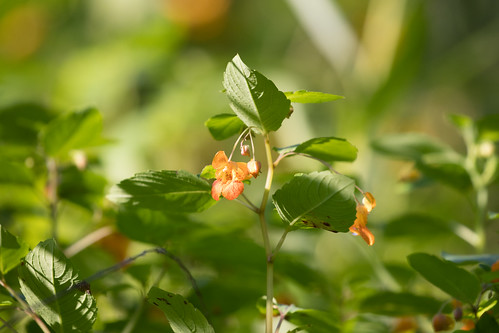