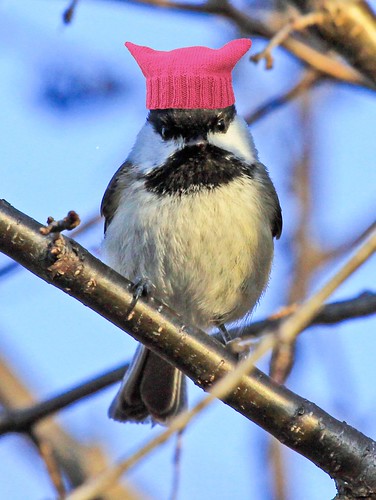 Last Friday I was in New York City looking at my lifer Pink-footed Goose. Saturday, I headed to Washington, D.C., to join a flock of pink-capped members of another species. My daughter and several friends and I drove down in a van, and of course I had my binoculars. It was foggy and murky along the drive, but I saw at least a couple of species each in New York, New Jersey, Delaware, and Maryland, including one Great Black-backed Gull, which was new for the year. We parked at the park-n-go lot at the Greenbelt stop, one of the end stops for the DC Metro.

The line for tickets there was amazingly long—Saturday turned out to be the second busiest day for the DC Metro in its entire history—but not only were we with kindred spirits, there were also plenty of birds to watch while we waited. Ring-billed Gulls, European Starlings, and House Sparrows comprised the bulk of them, but I also picked out two Black Vultures and some Fish Crows, both new for the year.

It’s tricky to identify crows anywhere along the East Coast unless they call—American Crows and Fish Crows are essentially identical in size and plumage—so all the crows I saw from the car went unidentified, but here I could keep track of them until I heard a Fish Crow calling. I tell people that the two species are easy to tell apart—all you need to do is ask, “Are you an American Crow?” and if it responds, “Uh uh,” it’s a Fish Crow.

I didn’t bring my camera with the long lens, so didn’t bother taking any photos of birds. Once we finally made it to the train and reached D.C., I was focused mostly on negotiating the ginormous crowd. 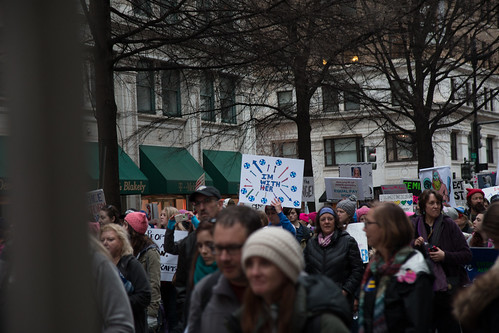 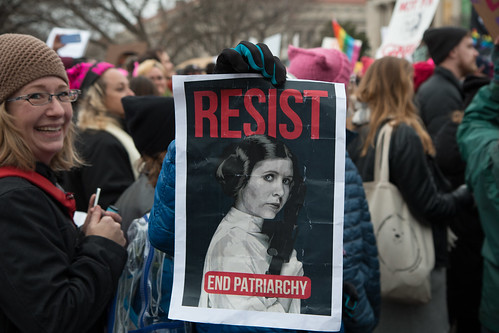 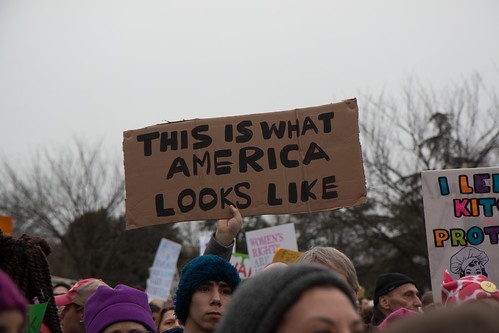 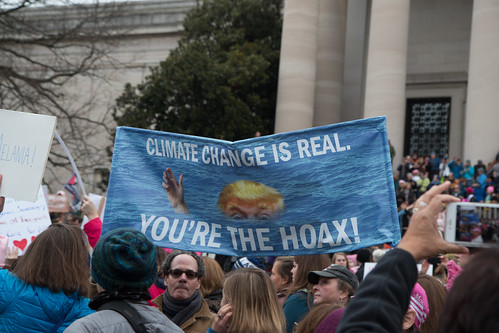 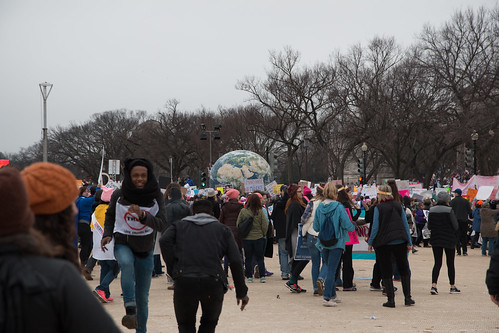 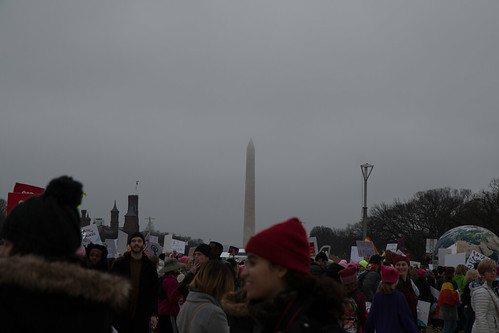 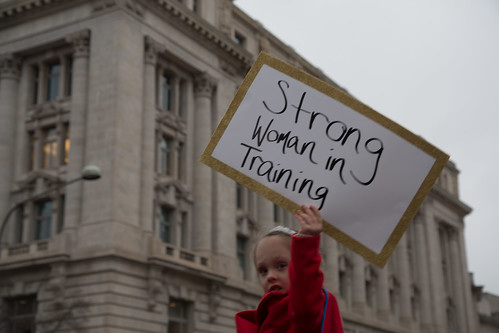 But of course my eyes were drawn upward now and then. As we walked along the Mall, I spotted a Peregrine Falcon sitting atop one of the grand old buildings, possibly there in solidarity with the protestors carrying signs about protecting the natural world. I couldn’t help but take its photo, but it’s little more than a speck with the lens I brought. 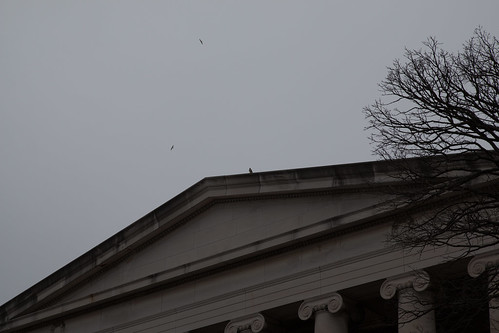 The crowds were so massive that it was hard to focus on anything but people, but occasionally I looked up, and later in the afternoon saw two Peregrines flying together—I couldn’t be sure whether either of them was the bird I’d seen earlier, so I counted a total of two on my eBird checklist. I didn’t notice either carrying food—a definite sign of courtship—and it was hard to keep my eyes on them consistently because so many signs kept popping up blocking my view and pulling my thoughts back to earth, but nevertheless, I was pleased to see them.

By the time we’d marched for five and a half miles, we were exhausted. Partway along our walk, we chanced upon a lovely Lutheran church where protesters were invited in to take a break, use the bathroom, have a snack, and listen to music. 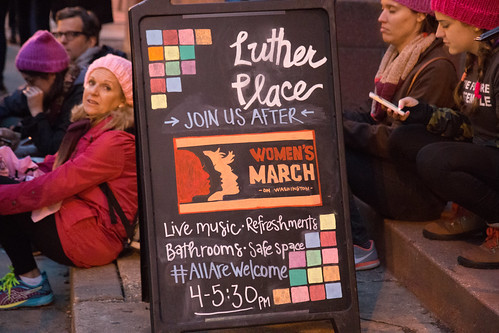 We stopped for a bit, and then went on to Sticky Fingers, a vegan restaurant where Katie used to work, to have a small dinner before heading back on the Metro for our car and the long drive back to New York. It was quite dark by then, so my bird spotting for the day was over.

I will never forget being among such a huge throng of people who were all fighting for the values I believe in: equal rights and protections for all citizens, acknowledging and fighting against climate change and protecting our air, water, natural habitats, and wildlife. This was a cheerful and peaceful rally, without a single act of violence all day—indeed, DC police reported zero arrests for the day.

This is the America I love—the land of the free and the home of the brave, where women are free to speak up about our concerns and brave enough to fight for what is right, and where a birder from Minnesota wearing a Chicago Cubs cap and draped in an American flag symbolizing liberty and justice for all can watch Peregrine Falcons flying over our nation’s capitol in the company of half a million pink-capped women and men who know that this land was made for you and me, and for the birds. 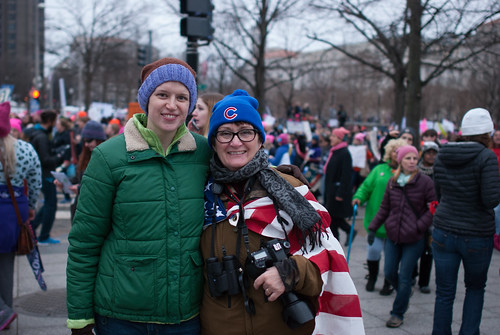