Cooperative Scoters on What I Call "National Warbler Day" 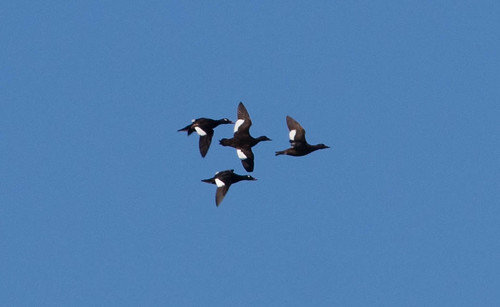 Park Point was hopping this morning, especially with birders! At most, our group had about 35 people, but there were still an order of magnitude more Blue Jays flying through. I didn't get any flock flight shots today, but Linda Nervick got one with her cell phone showing them twinkling in the blue sky. 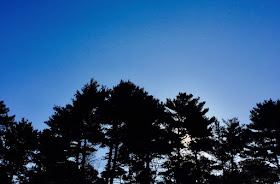 A few of them came in for landings. 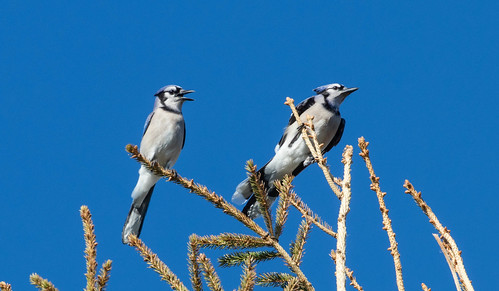 We had a few flickers, but none of the flights we had last week. A couple of Brown Thrashers were even more conspicuous than the flickers today, though they seem to prefer keeping us in the sun, so my shots were mostly backlit. 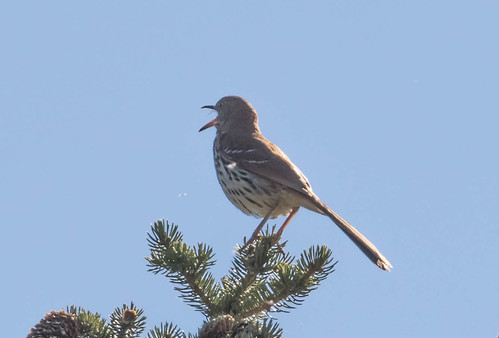 This one was rummaging through the leaves outside the porta-potties. 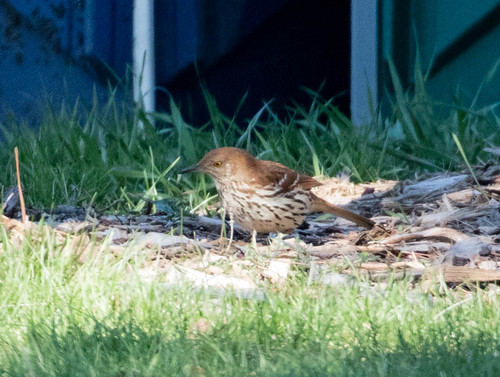 By mid-morning, Ring-billed Gulls were loafing, circling on thermals. Broad-winged Hawks joined them occasionally, but I didn't get a photo while the Broad-wings were among them. 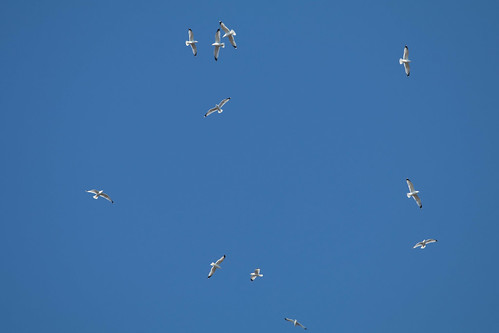 Today is the anniversary of the first day I identified warblers, in 1975. Today we had three of the four species I saw that day: Black-and-white, Nashville, and Black-throated Green. We also had the usual big numbers of Yellow-rumped and Palms.

Our brightest "bird" of the day was this Lesser Northern Gashawk: 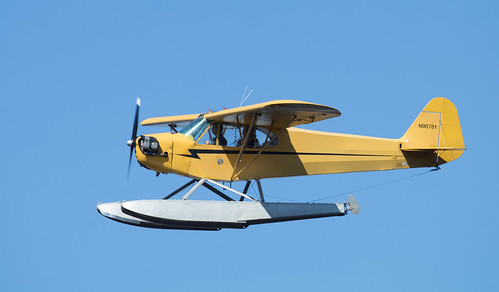 My favorite bird of the day was White-winged Scoter. We saw a lovely flock of four that flew past right before John Richardson joined us. Fortunately, the birds obligingly returned overhead so he could enjoy them, too. This was a lifer for Pip the Birding Dog—her life list is up to 263 now! 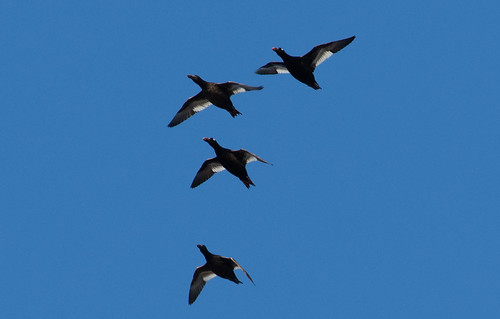 With all the people along this time, we finally got a couple of photos of Pip the Birding Dog (my usually not-too-badly-behaved little sidekick). Sandy Roggenkamp sent this one: 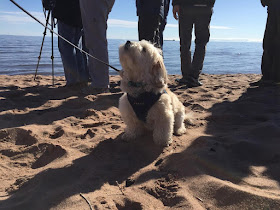 Linda Nervick got a few group shots, including this one. Pip was rushing to get ahead because she and I are usually the ones in front.

Our total of 43 species was surprisingly low considering where we are in migration. I may have missed checking off some birds that we saw, but I didn't see any goldfinches or either nuthatch! And we had only a few White-throated Sparrows where I'd expected at least a few other migrants, such as White-crowned or Harris's. Between the resident pair of Merlins and all the Sharp-shinned Hawks flying through, I guess resident birds were laying low and migrants were high-tailing it out of there as quickly as they could. All in all, it was a splendid morning!

43 species (Yes, the species have outnumbered the people every time!)