Helping Lesser Prairie-Chickens and the People Saving Them 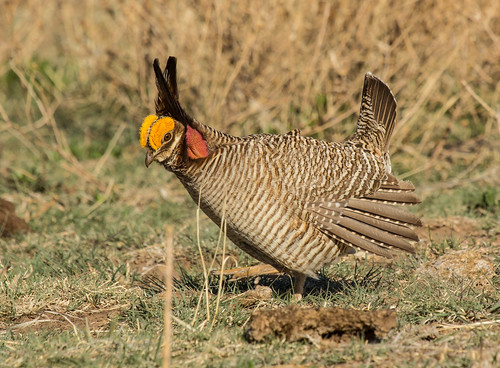 In 2013, when I did my Conservation Big Year, one of the birds I was most focused on seeing was the Lesser Prairie-Chicken. I saw and heard my first ones way back in April 1996 when my sister-in-law Jeanie and I took a road trip out West. One of my destinations was Lamar, Colorado, where it was fairly easy to drive to a prairie-chicken lek. Well, easy except for the ridiculously early hour we needed to be there in order to see the chickens by the dawn’s early light.

In 2013, I went on one of Kim Eckert’s superb birding trips—the one to Colorado, in which we searched out Lesser Prairie-Chicken, both Greater and Gunnison Sage-Grouse, and White-tailed Ptarmigans. That’s when I managed to get a fairly respectable recording of the prairie chickens. I also got photos, but we were at a distance, and in the low light, my pictures were nothing to brag about. 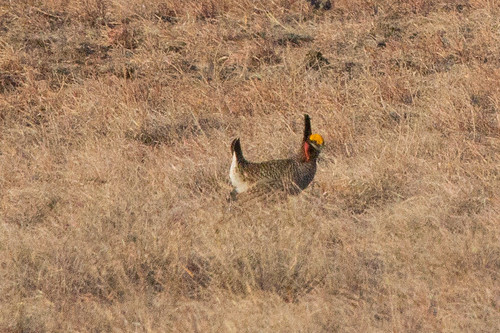 In 2014, I was thrilled to be invited to be the keynote speaker at Oklahoma’s wonderful Lek Treks & More Lesser Prairie-Chicken Festival in Woodward, Oklahoma. (I wrote about it on my blog.) Several of the events for that festival take place at the Selman Ranch, which is managed specifically for quality habitat and prairie chicken conservation. Sue Selman, a genuine wildlife hero whose name should be known far and wide, has worked tirelessly to protect these birds against all manner of onslaughts. 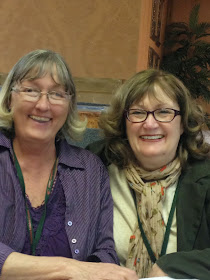 After viewing prairie-chickens on her land, Sue set us to work for a half hour or so. She explained that fences are a major cause of death for prairie chickens, which collide with them, perhaps thinking wires are as yielding as prairie grass. So unnecessary fencing should always be removed to protect grassland species, especially grouse, but when it can’t be removed, a simple and inexpensive, albeit labor intensive, alternative is extremely effective at protecting them. Marking fences every 2 feet or so with white plastic pieces, about the size of credit cards, reduces kills to virtually nothing. I was proud to get to help with that simple task. 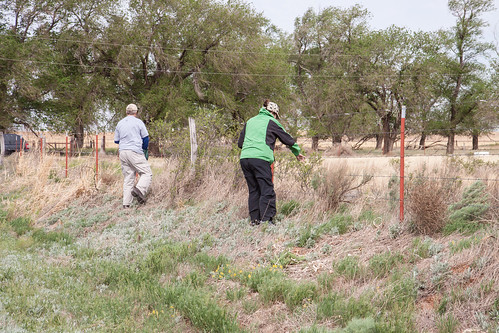 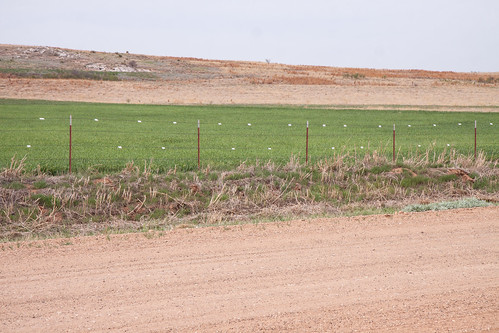 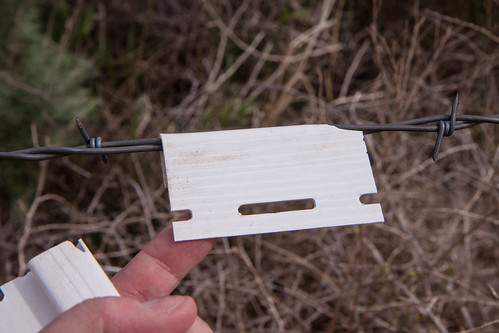 At that festival, I also got to spend time in a fantastic photography blind set right in a major lek. I got some amazing photos! 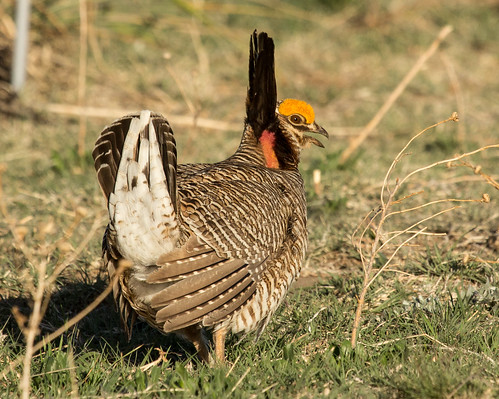 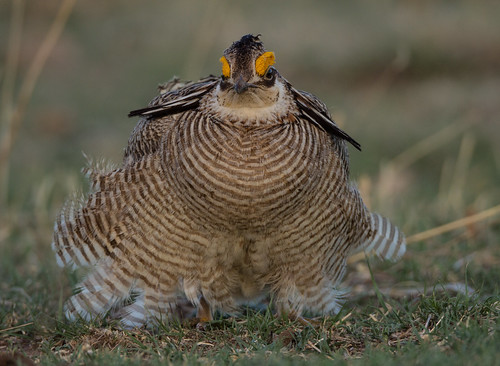 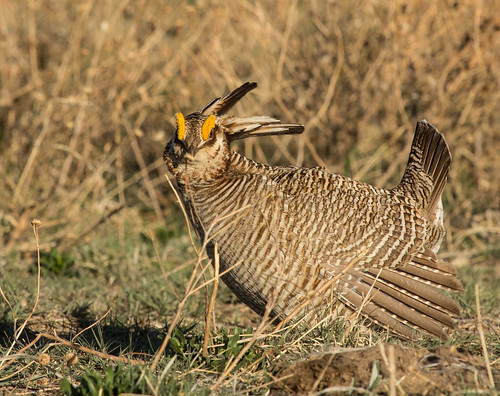 Dick Wilberforce, a splendid photographer, has worked for over 50 years to preserve and promote the future of Lesser Prairie Chickens. He constructed the very blind I was in when I took those photos. This blind has been used for over 15 years to give birders and photographers from around the globe the opportunity to see these critically endangered birds up close and personal.

But on March 6, 2017, a wildfire destroyed this entire lek as well as a huge swath of quality habitat. The devastating drought and wildfires that have been centered right in the small range of Lesser Prairie-Chickens constitute a huge conservation problem, but also one of human dimensions. Dick is a retired veteran living on a very limited income—he was making such a huge contribution to conservation and more personally to those of us who enjoy splendid photos of Lesser Prairie-Chickens by providing this blind and sharing revenue with the Texas landowner, giving the landowner a vested interest in protecting the habitat. Sue Selman created a Go Fund Me page to help this wonderful conservationist and good man.

Those of us with very limited resources have to be careful about budgeting, and limit our contributions to organizations that do the most good. But sometimes we overlook smaller, more human causes that are actually a major part of the Big Picture. I’ve been covering all my own expenses to produce this blog and my radio program/podcast for decades. If you’ve found my work at all valuable, I’d deeply appreciate it if you’d donate what you can, even a couple of dollars, to this important campaign. One human being to another. 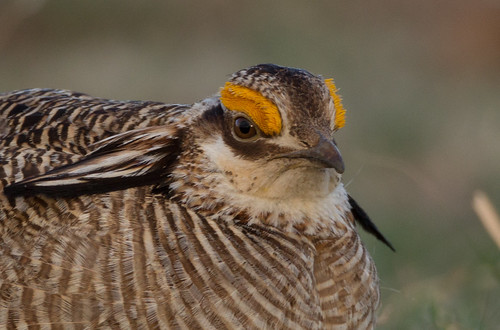