The Sky Opened Up! With BIRDS! 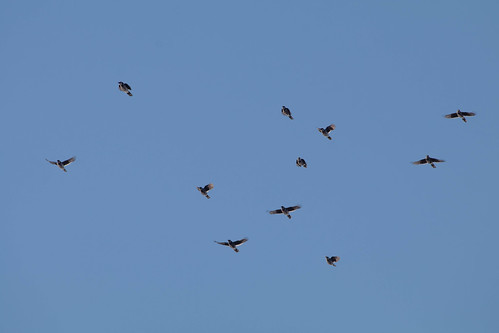 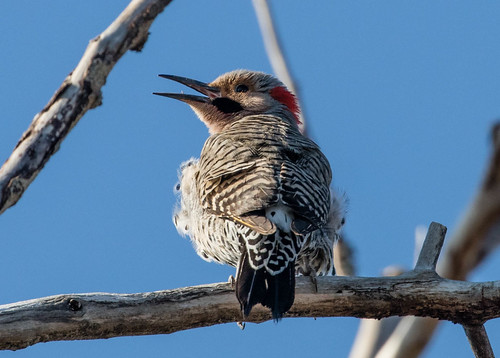 I've never witnessed such a huge number of Bonaparte's Gulls on the move before!

We had at least 30 Brown Creepers, and I had to confirm that because the number was considered high for eBird. None cooperated for photos! Neither did any Yellow-rumps or kinglets, but we did have one semi-cooperative Palm Warbler. 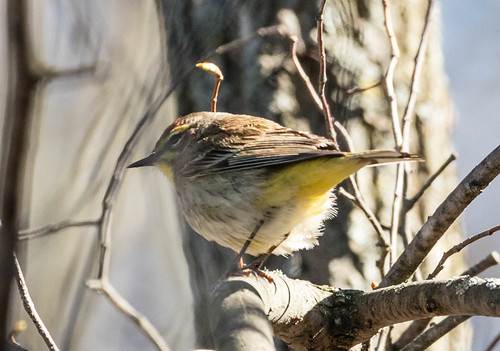 Sharp-shinned and Broad-winged Hawks streamed through. 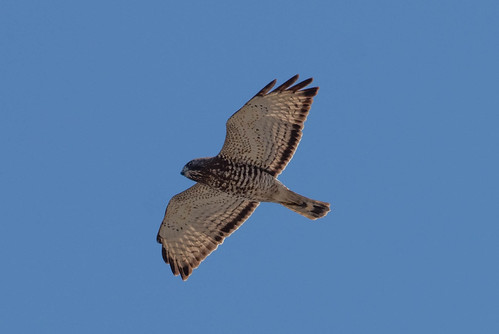 A few cormorants streamed by. 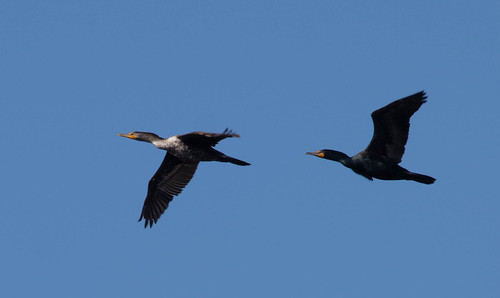 There were lots of Horned Grebes far out, and some a bit closer to us. 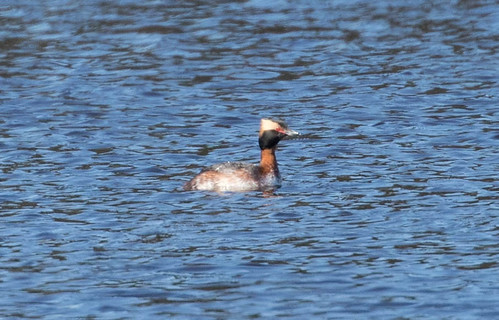 We also had a John Richardson sighting. He's a great birder and a wonderful human being—a guide I strongly recommend, who made sure we knew about the Northern Mockingbird that has been hanging around near the airport. It's possible we actually saw 2—our first bird seemed to be moving toward the airport, and then when we moved further north up the point, we had one closer to the main parking lot. I counted it as one because I couldn't be certain, and with a rare bird it's better to err on the side of caution. 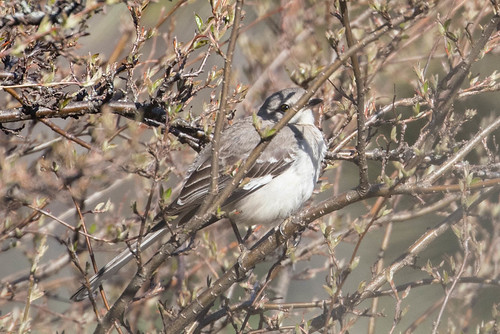 And because one good Mimid deserves another, we had one or two Brown Thrashers as well! 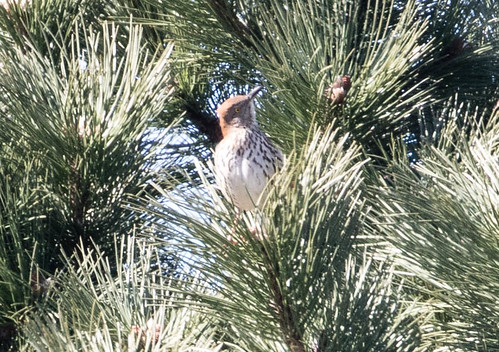 We of course searched for the Smew and Avocet seen yesterday, and the Willets that were seen this morning, but no luck. With so much on the move, including voracious raptors, it's not surprising that they weren't lingering.

Our most cooperative critter of the day was a frog. I'm thinking it's a Northern Leopard Frog, but if someone tried to tell me it was something else, I'd probably believe you. 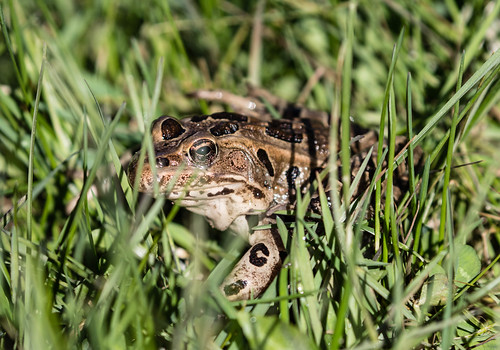 After the main bird walk, a few people hung on to check out the birds at the Yacht Club, behind where the old Bayside Market used to be. We added 6 more species!

Surf Scoter (Melanitta perspicillata)  6     Flock flew rapidly overhead away. All were very dark, including belly. I studied them as they moved along, having trouble getting a clear look at the wings, but when they finally banked, they didn't have the large white patches in wings of White-winged Scoters. They did have white on nape--some very intensely white-- and some with female's face patch.
Hooded Merganser (Lophodytes cucullatus)  2
Herring Gull (Larus argentatus)  2
Mourning Dove (Zenaida macroura)  2
Northern Cardinal (Cardinalis cardinalis)  1
American Goldfinch (Spinus tristis)  1
Laura Erickson at 4:26 PM
Share
‹
›
Home
View web version