A Trip to the Sax-Zim Bog 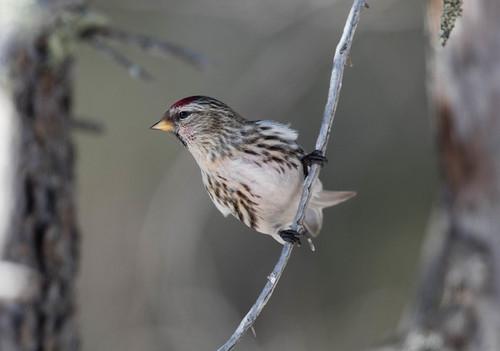 On Friday, March 9, I went birding in the Sax-Zim Bog with Erik Bruhnke and my dog Pip. My main goal was to get at least one decent photo of a Black-backed Woodpecker and a recording of an Evening Grosbeak. Erik needed a break from his own work, but we both couldn’t afford a whole day away, so we planned a few stops with every intention of sticking to them. We arrived a half hour or so after sunrise.

We headed straight to the Warren Nelson trail, where we’d seen both Black-backed and American Three-toed Woodpeckers in February, but it was extremely quiet, a hallmark of this winter in a lot of places.

Backtracking along Highway 133, we came across a Great Gray Owl glowing in the sun. 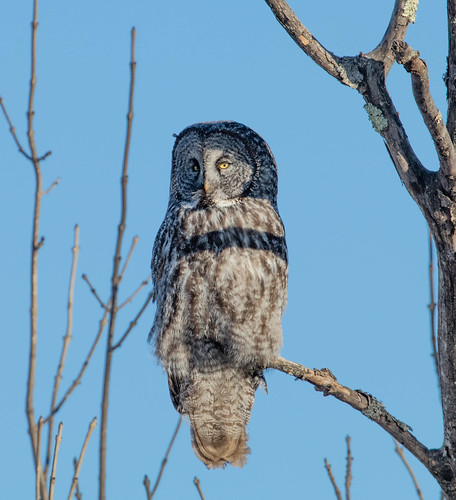 We drove up to the extreme northwest corner of the bog, to the spot known far and wide as Mary Lou’s Feeders—the only place for far and wide where Evening Grosbeaks have been at all reliable in recent years. Sure enough, there was a flock of about 16, and naturally Erik heard them before I did. My wonderful hearing aids noticeably expand my ability to pick out bird sounds, but I’m learning to accept that my hearing will never be as good as what it once was. When I pointed a directional microphone toward them, I could hear them much better. Five cars of other birders came and went while we were there, so my clean recording isn’t very long, but I at least met my goal. And since it is National Blue Jay Awareness Month, it was nice to pick up a few distant Blue Jay calls, too. (You have to listen hard to notice them.)

Erik is a professional bird guide up here, and so he belongs to a network of guides that keep one another abreast of good birds. While I was working on my recording, he got on the phone with Frank Nicoletti, who gave him a lead on another spot that has been productive for Black-backed Woodpeckers. 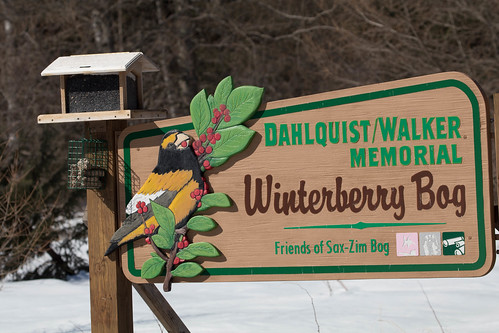 We hiked in and sure enough, came upon two nearby Black-backed Woodpeckers—possibly a mated pair—and heard a distant third as well. I took lots and lots of photos, mostly of the male, whose yellow cap glowed in the perfect light. 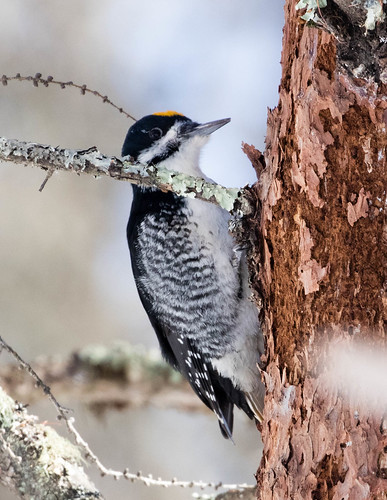 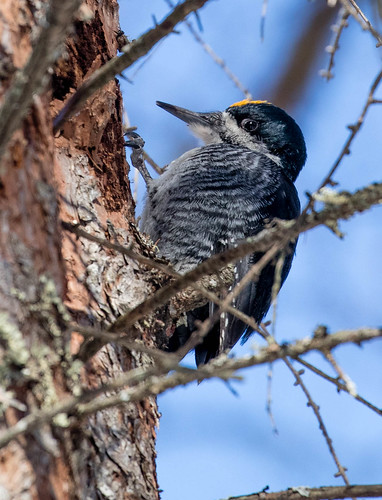 This has been a banner year for Black-backed Woodpeckers. In the morning counts Hawk Ridge Bird Observatory conducted along the shore this fall, they counted 118, along with 3 of the much rarer American Three-toed Woodpecker. I even saw a flyover Black-backed from my own yard, the first time since we moved here in 1981.

No one knows exactly why irruptions take place, but like Snowy Owls, these woodpecker irruptions seem to have two causes, both a lack of prey on their range, making them search other places, and an overabundance of prey, leading to such enormous reproduction that they become overpopulated. It seems to be when Black-backs are most abundant here that we can pick out one or two Three-toed Woodpeckers, too.

Both species specialize on diseased and burned forests, pigging out on the wood-boring beetle larvae associated with dead wood. More than other woodpeckers, they usually flake the outer bark off the tree before digging in. It’s easy to pick out trees they worked on by the bark flakes at the base. 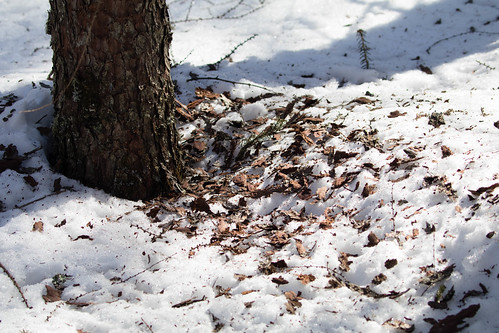 Some of my photos even show bark bits flying. 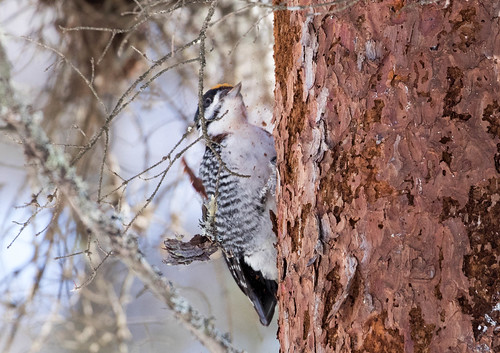 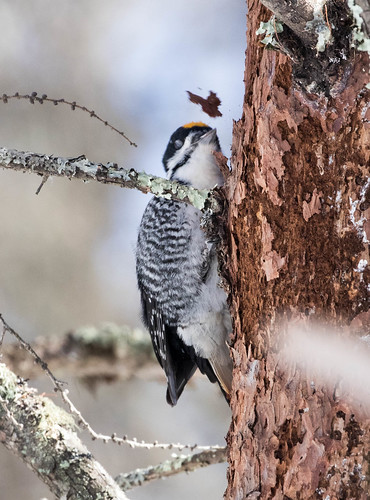 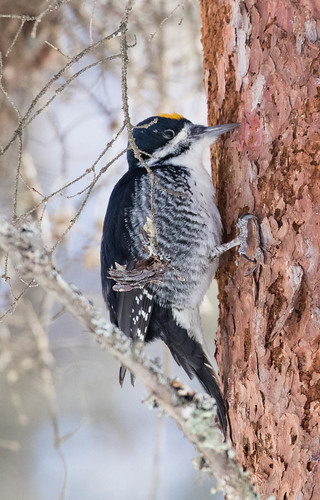 Erik and I headed home after I got my photography fix, happy with our trip to the bog, which may have been short but was definitely sweet. 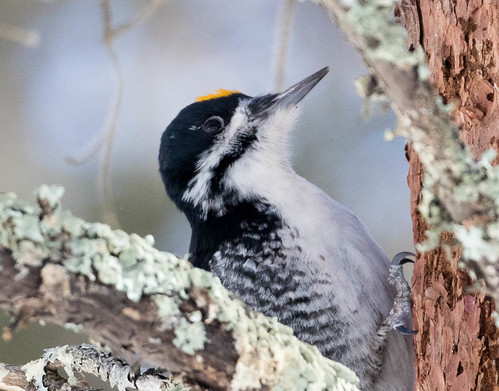