Of Architects and Windows 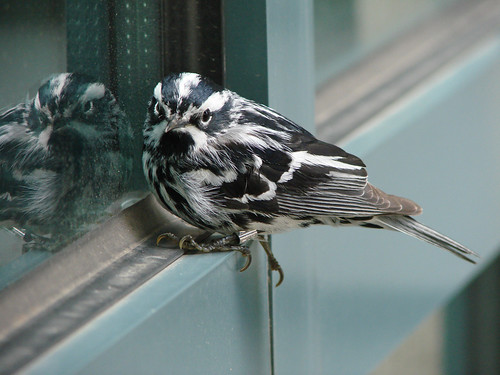 On August 1, 1986, I produced a For the Birds program stating that one of the most dangerous hazards for backyard birds was window collisions. Ever since then, I’ve been talking and writing consistently about the danger of glass. “Make your windows safe for birds” was one of the 101 Ways to Help Birds in my 2006 book, as was “Know what to do when a bird hits your window.”

In 1986, no conservation organizations were focused on window collisions. One scientist, Daniel Klem, had started researching the issue in the 70s, but he had a horrible time getting ornithological journals to publish his work because the editors said the topic of  window collisions wasn’t “suitable.” Protecting habitat is obviously a very important issue, but some scientists decided that habitat was the only issue. Nevertheless, Dr. Klem persisted, and fortunately, the Journal of Field Ornithology and The Wilson Bulletin recognized the importance of his work. He came up with an estimate in the 1990s that on the order of a hundred million to a billion birds are killed by windows each year. A lot of ornithologists pooh-poohed that figure until they worked out their own studies, which confirmed it and even suggested that Dr. Klem’s estimate was conservative.

Klem also learned that 50 percent of all birds that collide with windows die, immediately or later, from head injuries.

Now some cities and states, including Minnesota, have adopted standards requiring bird-safe glass on all structures built with public funds. (US Bank Stadium got grandfathered in with its bird-killing glass.) But apparently architects still have no clue about how dangerous glass is, and continue to use enormous amounts of glass in privately funded buildings, like houses. When they think about aesthetics, architects don’t factor in the sound of thuds and the sight of dead birds beneath a window. 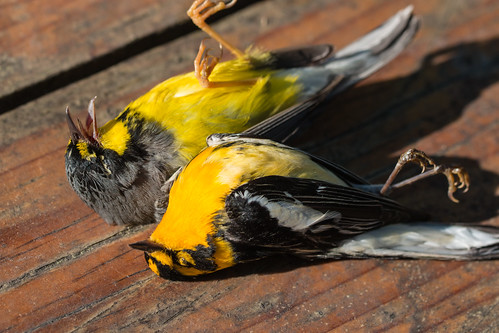 One of my close friends recently wrote to a Minnesota architect to share her own experience of having birds collide with glass in her home, because she noticed this architect's houses had similar design with lots of glass. To share awareness, she mentioned upcoming information presentations that Minneapolis Audubon and other organizations are putting together about the magnitude of the glass collision problem. This architect responded:

"... only when birds migrate in the spring [have] we … had any problems and only for a day or two. Usually they get knocked out and recover… some die but not many.

We did an all glass facing... building. Bird prevention was the first concern. We did some very simple things to horizontally slat the top third of the windows and we had a sidewalk along the floor to ceiling windows which … reflected into the windows.

We have had no bird kills to our knowledge in 5 years and I think those two factors stand out as reasons. I'm sure we would have heard from the [owner] if there was a problem.

On houses we often place an owl or hawk impression on the inside of the window and this works well."

I know of no one in the building referred to who is systematically checking for bird carcasses, so in this case, ignorance seems to be bliss. And everyone’s research on this subject indicates that nothing we place on the inside of glass deters collisions—stickers and other objects need to be placed on the outside of the glass for birds to notice them. It’s also frustrating to realize how poor even double and triple paned glass insulate a room compared to other building materials. You’d think that even if architects didn’t care about birds, more of them would care about squandering energy and contributing to climate change.

Based on this architect’s response to the question, it’s clear that architects are not getting the message about the kinds of head injuries birds get at windows, and about how very many collide with glass.

Last week, Dan Klem spoke about the issue at Springbrook Nature Center—a stunning new building built using bird-safe glass. I recorded his address, which is linked to here. There are so many serious problems Americans are facing right now. You’d think solving this one would be simple and straightforward—the solution is as clear as glass.