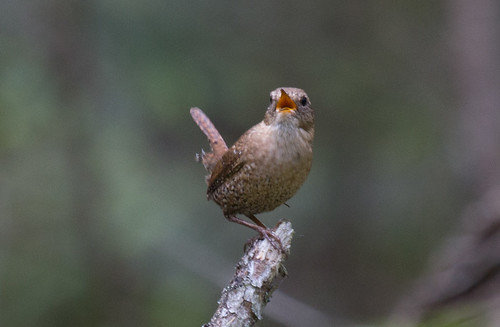 The trick with choosing a favorite bird is that there are just too many possibilities. Mine of course is the chickadee—except that I love Blue Jays so much that it seems hard not to call them my favorite. And the Cuban Tody. And the Red-eyed Vireo. And the Black-capped Vireo. And the Pileated Woodpecker. And the Winter Wren.

That may be why I haven’t heard from too many listeners so far about their favorites—it’s hard to pick just one. But a couple of weeks ago, I heard from Paul Peterson of Randle, Washington, who wrote:


So difficult to choose just one but if I must: Winter Wren for his gorgeous song, sung half the year; indefatigable attitude, fearless display, never shy, and cute silhouette.

Every single one of the stellar qualities Paul mentioned is spot-on. I love the Winter Wren’s song so much that it’s my main ringtone on my phone. The indefatigable attitude is so fun to see when I get to spend a few minutes watching one—of course, that’s only possible on the wren’s terms—this is a noticing kind of bird impossible to sneak up on. 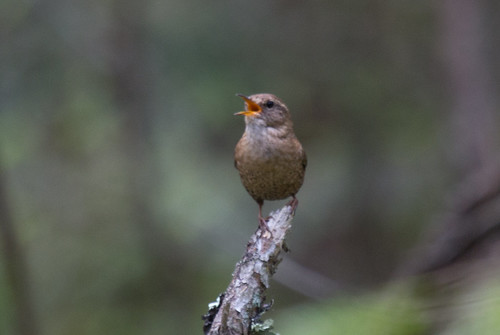 For a long time, our Winter Wren was considered the same species as the Wren of Europe and the UK, beloved by Brits from Shakespeare to Paul McCartney. Since 2010, that species has been called the Eurasian Wren. Not only was the wren from across the pond split off from the American version, but our American birds were split into two different species, the Eastern version, still called the Winter Wren, and the Western version, now called the Pacific Wren. 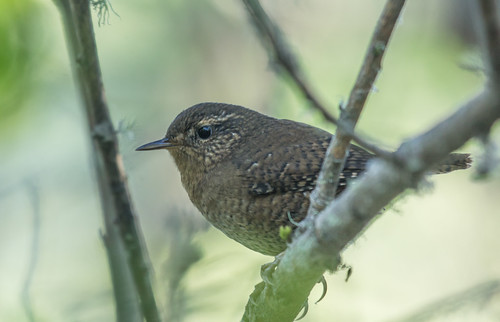 The western species has a different song, packing many more notes per second in than the Eastern does, though our poor human ears can’t resolve the individual notes for the Pacific Wren as we can for the Winter Wren. Given our human limitations, the Winter Wren of the East sounds prettier to most of us, but the Pacific Wren’s more complex songs are more pleasing to some ornithologists as well as the birds themselves.

One of my favorite writers and human beings, John Bates, wrote a splendid poem about the Winter Wren—a poem that gushes through in the same cadence as the Winter Wren song:


WINTER WREN SINGS
When the winter wren sings
the notes make a riot in the leaves
as if the wind rose from every direction
and blew and blew
for seven seconds
then stopped,
reminding us
why we fell in love
with the world.

When the winter wren sings
he invites us to join
his whirling dervish dance
a dizzying and heartbursting dance
a time when shafts of light sweeten the air,
the air that we breathe
when we finally remember to breathe.

When the winter wren sings
children stop chasing
and cock their heads
listening to his ecstasy
that takes them as far as their imaginations can go,
a voice that makes them fall
onto the wild ground
to lay among the cushions of mosses
and to laugh
in the dirt.

That was John Bates in his wonderful book, Cold to the Bone, published in 2017 by the Manitowish River Press. 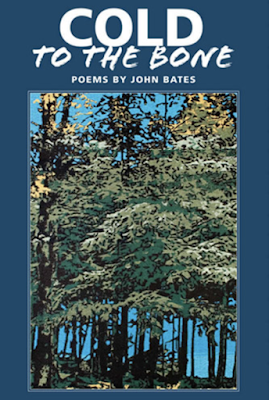 The Winter Wren is plenty good enough for a favorite bird, but Paul Peterson gave honorable mention to the Barn Swallow, Barred Owl, and Timberdoodle. I did a program about the timberdoodle, also known as the American Woodcock, a couple of weeks ago—it’s a favorite of my friend Paula, too. In the coming weeks, I’ll try to talk about the Barn Swallow and Barred Owl as well.