How are this year's fires affecting nighthawks? 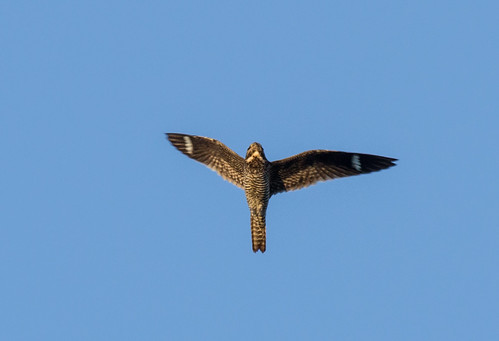 As August melts into September, or sloshes, as it did this year, the late afternoon migration of Common Nighthawks over my neighborhood ebbs away. When we first moved to Duluth in 1981, nighthawk migration along the North Shore of Lake Superior, flowing right over my neighborhood, was a magically impressive and predictable annual event. Walking with my boys the few blocks from our house to Lakeside Presbyterian Church for Cub Scout meetings, we’d count hundreds or even thousands of nighthawks in the sky above us, even as houses and neighborhood trees obstructed our view in most directions. Counting more systematically, on August 26, 1990, Mike Hendrickson counted 43,690 nighthawks in just 2 ½ hours from the Lakewood Pumping Station.

We still get days with counts of well over a thousand, sometimes into five figures, but those big days are far fewer, and the maximum counts much smaller, than decades ago. Nighthawks used to nest on flat rooftops, but urban populations have dwindled and disappeared just about everywhere because of changes in rooftop construction and increasing urban populations of gulls and crows. But nighthawks are declining outside of towns and cities, too. As with Purple Martins and Chimney Swifts, declining numbers of flying insects are the root cause.

Sad as declining numbers are, we still do get to enjoy nighthawk flights from mid-August through the first week in September. On days when dragonflies float in the air everywhere, nighthawks about to embark on a flight start hunting voraciously by mid-afternoon. When my kids were little, I always brought binoculars to their soccer games to watch the nighthawks darting in the sky. The year Tommy and his best friend Max were five and started playing soccer, it was funny watching all the little kids on the field with no clue what to do—more than once a kid scored a goal for the other team. I remember thinking the kids on the field moved about with the same apparent randomness as the nighthawks above them, darting this way and that, only the birds were chasing flying insects rather than soccer balls.

As afternoon proceeds into early evening, those feeding flocks start rising in the sky, still feeding, but now starting to take on a more directional flight. By the time they can’t see well enough to catch many insects in the night sky, they’re up high enough to cover greater distances in a night flight.

On August 21, I received an email from a listener named Will Bomier, who wrote:

Over the weekend my wife and were sitting on the patio at our house in Mahtowa, watching/enjoying the Common Nighthawk Migration.  It's an event we certainly enjoy and use it to mark the passing of another summer.  This year we noticed that it was difficult to see many of the birds that were flying higher in the sky, because the smoke from the Canadian Wildfires seemed to reflect the sunlight and make it too bright for good viewing.  We also noticed that many of the birds were flying lower than what we've observed in the past.

That got us to thinking....how do these historic fires impact migrants?  Surely when the sky is obscured by smoke and habitat is on fire, this must have some impact and seems like another way in which we humans are creating additional struggles for already struggling populations of wild birds.  Even fires that are burning 1,000's of miles away can have an impact on birds passing in our backyard.

Anyway, I wanted to pass my thoughts along....as it seemed like they should be shared.  Enjoy the end of the summer and the passing of our friends of flight!


Thanks to Will, I started researching this interesting question. Obviously, summer fires kill any nestlings or chicks that can’t fly out of harm’s way. Most conservation biologists, looking at populations rather than individuals, minimize the importance of this, because fire has always been important in habitat cycles and species living in fire-prone areas have evolved to deal with fire, but as fire seasons start earlier and earlier in summer with climate change, the implications for bird reproduction need to be taken more into account. And as fires cover more and more areas year after year, again due to climate change, habitat losses do become important. Nighthawks often nest in tracts that had been burned over the previous year, but repeated fires make this increasingly difficult.

The flames themselves aren’t the only danger to birds. On several days in August here in Duluth, the sky was hazy and we could actually smell smoke from fires a couple of thousand miles away in British Columbia, and smoke from California fires made it all the way to the East Coast this summer, compromising our air quality. At such a distance, this smoke was detectable but not nearly as dangerous as closer to the fire. Air quality in Seattle on some days this summer was worse than the most polluted cities in China. That air quality obviously impacted wild birds with no escape into the more filtered atmosphere of air-conditioned buildings.

Olivia Sanderfoot, a National Science Foundation Graduate Research Fellow at the University of Washington Seattle, is studying how air pollution affects birds. She was quoted in an article for Audubon last year, “We do know that exposure to particulate matter, which of course is of great concern for human health, can affect birds as well.” She noted that veterinarians and poultry scientists who study captive birds have found that smoke can damage lung tissue and leave the animals susceptible to potentially lethal respiratory infections, but how that plays out in the wild is largely unknown.

Sanderfoot’s current research aims to track changes in bird populations and diversity after exposure to smoke from large wildfires. Thick smoke may have contributed to the deaths of 50 adult White Ibises during a 1999 fire in the Everglades, as she reported in a recent paper. And some low-flying species might succumb to smoke inhalation or exhaustion before they can escape forest fires, according to the Alberta Institute for Wildlife Conservation.

Tracking nighthawks is way trickier than flocks of larger, colonial species—it’ll be many, many years, if ever, before we can accurately tease out the ways fire specifically affects them. But this splendid bird, already facing so many problems thanks to us humans, now is almost certainly facing ever worse problems thanks to climate change. Attention must be paid. 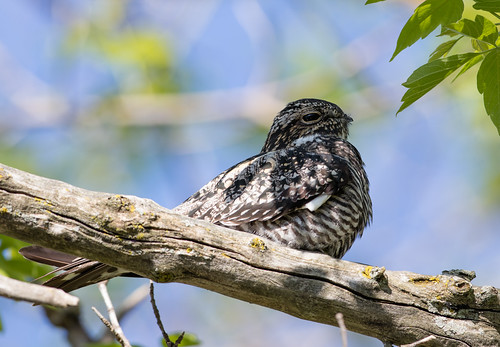