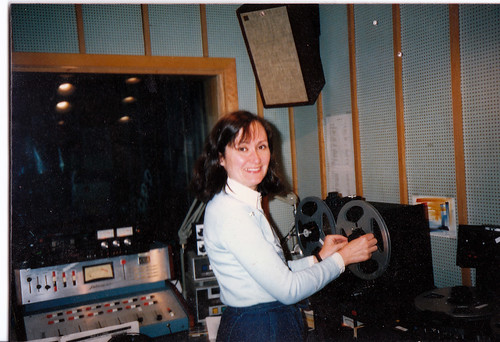 
Meanwhile, even as I get older, I’m still younger than the oldest known wild bird, a Laysan Albatross named Wisdom, who was originally banded on Midway Island back in 1956. At the time, she was incubating an egg, so she had to be a minimum of 5 years old, making her at least 67 right now.

Wisdom is way way spryer than I am—she laid an egg again this year and raised another chick, more than three decades after I stopped reproducing and more than two decades after it became impossible for me to reproduce. If she has any wrinkles, they’re well hidden under her feathers, which are exactly the same color they’ve been since she was a year old. I guess I’m just as glad my own plumage is different from when I was one—I was a bald baby, with just a bit of peach fuzz on my own first birthday.

Wisdom and her chick survived the tsunami in 2011 when she was at least 60. Her age and experience almost certainly contributed to her having a higher, safer nesting territory than more than a hundred thousand albatross pairs who lost their young in that single horrible event.

This year, a new hazard for albatrosses was publicized. The introduced mice on Midway Island have learned how helpless incubating albatrosses are. They jump up and start eating the live birds in the back of their head, where the birds can’t reach them. I first heard about this last year, and have been nervous about Wisdom, but so far so good. Matt Brown, superintendent for the U.S. Fish and Wildlife Service in Papahānaumokuākea Marine National Monument, the protected marine area encompassing Midway Atoll NWR said, “We’re fortunate that she nests in town next to residential buildings where we’ve regularly done mouse suppression for human safety. It’s not a guarantee of her safety, but Wisdom does benefit.”

As long as Wisdom is out there raising babies, I can’t feel too old yet. I like finding the Top Eleven things about my age every year, but there isn’t all that much to say about the number 67. There was never a TV show about Route 67, Paul McCartney didn’t write a song about when he was 67, Simon and Garfunkel didn’t speculate about how terribly strange it would be to be 67, and 67 is not the jersey number for any of my favorite Chicago Cubs. So my Top Eleven list runs a little short this year:

So my being 67 promises to be a prime and lucky year filled with American Redstarts. I wish I could figure out a way of getting to see Wisdom—I can no longer meet all the physical requirements required to spend a season with the albatrosses, and it’s pretty difficult otherwise to get to Midway. But just knowing she’s out there makes me happy, today and every day.