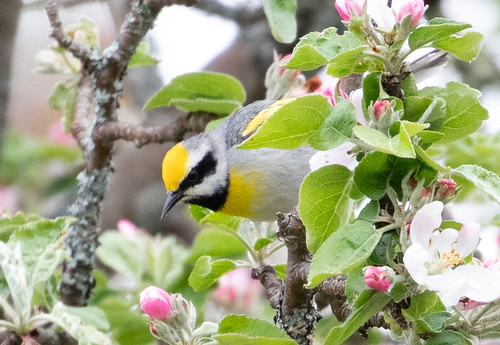 On June 2, as part of the Acadia Birding Festival, I was leading a field trip in Waldo County, Maine, with the wonderful Maine birder Seth Benz when a guy came over and told Seth he’d seen a weird bird, and showed Seth his photos. It was a gorgeous warbler with almost all the features of a perfect male Golden-winged, except for a large smudge of brilliant yellow on the breast. Our group of course rushed over to see the bird in the flesh. 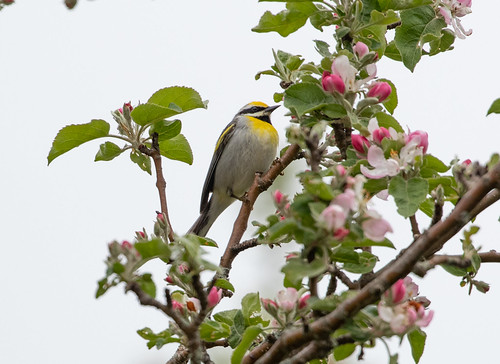 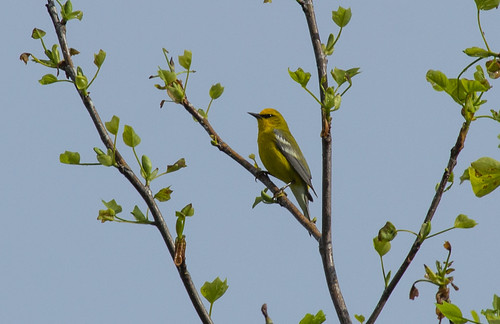 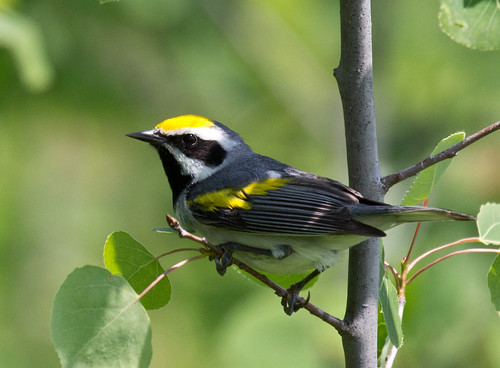 Both colors have black through the eye—Blue-wings in a sort of Elizabeth Taylor or Lady GaGa eyeliner thing, Golden-wings in a line that thickens behind the eye. 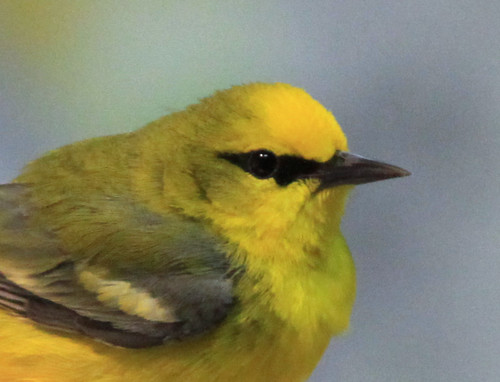 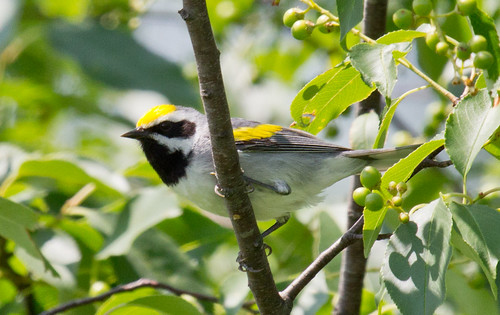 Golden-winged Warblers often hybridize with Blue-winged Warblers; the two birds may actually be two forms of the same species, differing only superficially, as do humans with different hair, eye, or skin color. The genetics of their hybrid forms have been well known for decades. When I posted photos on Facebook during my trip, my dear friend Ben Yokel reminded me of the discussion of hybrids from Richard Pough’s wonderful old field guide, Audubon Land Bird Guide, published in 1949. 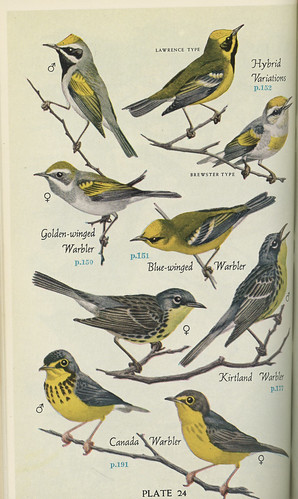 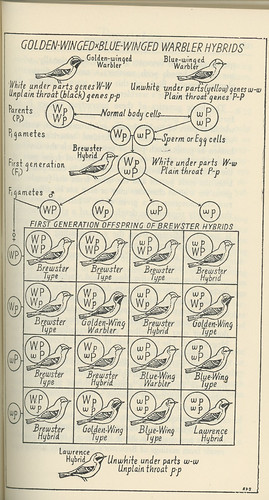 Because hybridization is so common and well known, there are two named hybrid forms of crosses between Golden-winged and Blue-winged Warblers. These hybrids are depicted in both of the other older field guides—the Peterson and Golden guides—and also in all the editions of the National Geographic field guide. The hybrids are shown the Sibley guide, but their names aren't indexed and they don't show up on the Sibley app, which was the field guide we all had in the field. Even if it had been, our bird wasn't exactly like either Brewster's or Lawrence's Warblers.

One of the goals I’d set for myself for my Big Year in 2013 was to see all the warblers depicted on a 2-page spread in the Golden Guide. That meant I had to see Brewster’s but didn’t have to worry about seeing Lawrence’s. Luckily, 2013 was one of the two years I ever saw a Brewster’s Warbler. I’ve still never seen a Lawrence’s. 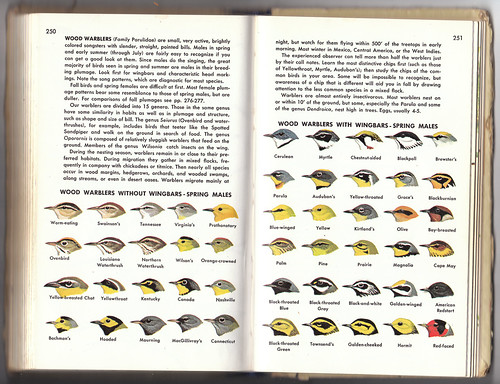 Lawrence’s Warbler is the rarer form, with the recessive all-yellow body and white wing bars like the Blue-winged Warbler and the recessive black throat of a Golden-wing. The more common Brewster’s Warbler carries the dominant all-grayish body and golden wing bars of the Golden-wing and the dominant non-black throat of the Blue-winged. The Cornell Lab of Ornithology has an excellent online article discussing the two species' hybridization and the bigger picture in terms of conservation.


But the bird we saw on June 2 was not a typical hybrid—this singing adult male had the black throat and broad black eye line, and the mostly gray body with beautifully broad golden wing bars, of a pure Golden-wing, but with that brilliant yellow smudge on the breast—something neither hybrid form normally has. When I reported the bird on eBird and included photos, Louis Bevier, the eBird reviewer, emailed me saying the bird was a very rare backcross hybrid. 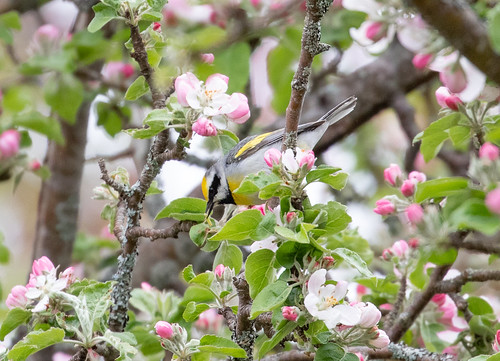 The bird was as visually arresting as it was genetically distinctive. We watched it plucking insects out of a blooming apple tree, the blossoms creating a beautiful backdrop for the stunning bird. Because I was leading a field trip, I was carrying my camera with a lighter zoom lens rather than my better but much heavier lens, which lets in much more light, but my pictures turned out fairly well.  I posted way more photos on flickr than I normally would to show every possible feature of this rare form.

Tragically, none of us looking at the bird thought to record that song. Because I was leading a field trip, I didn’t lug my good recording equipment along, and I plumb forgot about using my cell phone to do this important task. But both Seth and I watched it sing and described it out loud to each other while right there; that was the basis for my description of the song on eBird:


The song was not the typical Blue-winged or Golden-winged song; rather, it was an ascending trill, in quality exactly like the final part of the second song on the Sibley app (recorded by Lang Elliott in NY), only ascending and a bit longer than that part of the song.

Right now my Maine list doesn’t include either Blue-winged or Golden-winged Warbler—hybrids don’t show up as either on an eBird life list. But listing is only a tiny part of birding—the essence is seeing and hearing birds, and documenting such a splendid one is far more wonderful for me than just one more tick on my Maine list. He may not be on my official lists, but this beautiful little guy provided one of my most wonderful birding experiences ever. 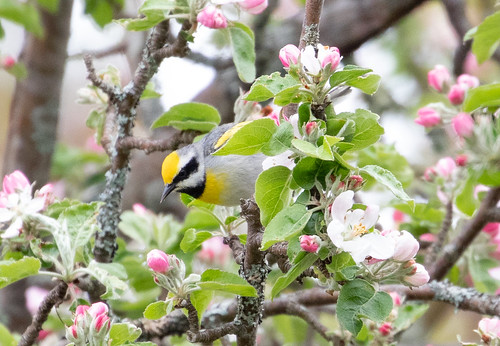