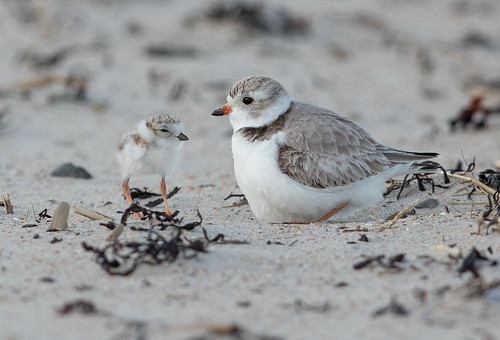 June 3 was the day that turned 2019 into my Year of the Piping Plover. I'd already spent a satisfying morning on May 29 watching nesting adults at Popham Beach State Park in Maine. 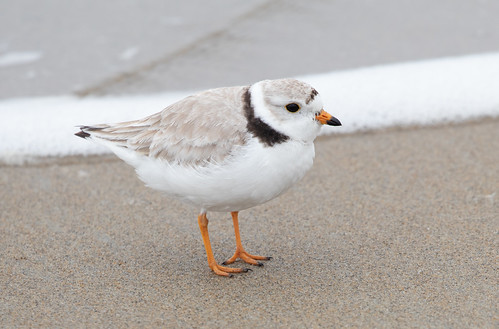 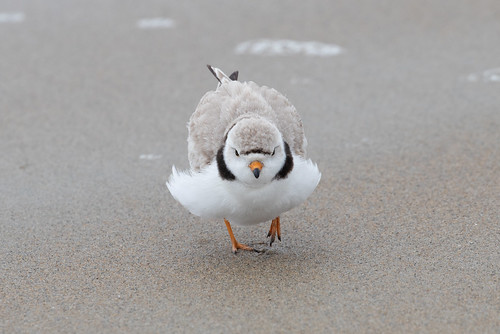 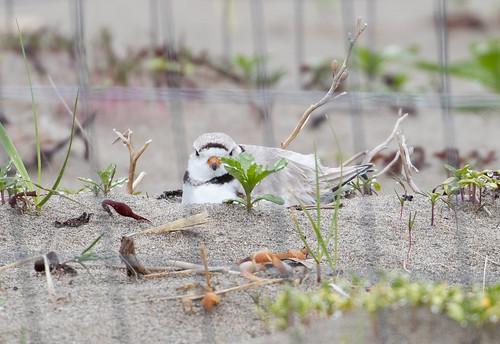 But it was on June 3 that Laurie Gilman of Maine Audubon took me to some other Maine beaches where Piping Plover chicks had just hatched. It was the first time I’d ever seen these adorable, fluffy ping-pong-balls on stilts, and I’m still smiling whenever I think about it. 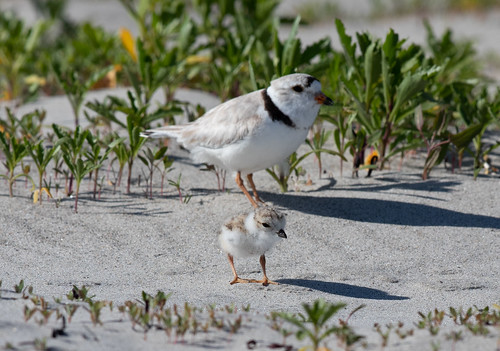 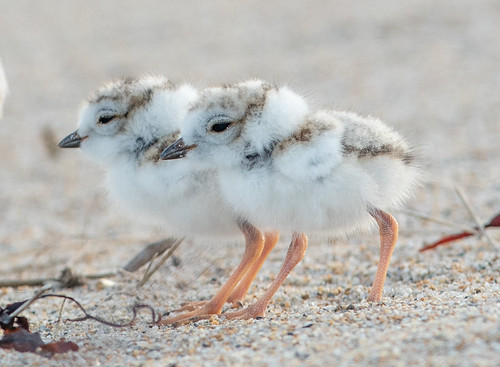 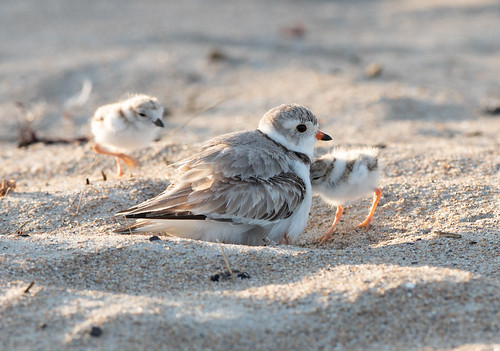 I haven’t been able to spend time in Chicago in the past few months, the very summer that a pair of Piping Plovers nested on Montrose Beach. The area around the beach and Montrose Harbor includes what birders call the “Magic Hedge.” I spent a lot of time birding there while my uncle was living. His apartment overlooked the harbor, and I stayed with him and my aunt for the last month of his life, for the duration of his receiving home hospice. Whenever I needed a few minutes to myself, I’d head through the tunnel under Lake Shore Drive, escaping to birding for respite. I love that area, though I’ve never ever seen a Piping Plover there. When I was a new birder, there were barely a dozen pairs along the entire Great Lakes. This year there are about 70.

The last time this endangered species nested anywhere in Chicago was 1955, when I was three years old. This year’s pair started their first nest a bit too close to the lake when water levels were already extremely high with the abundant rainfall. When a new storm threatened, researchers with the U.S. Fish and Wildlife Service and the Illinois Department of Natural Resources removed those eggs for captive rearing. Monty and Rose—the nicknames birders gave the adults—started renesting quickly, on safer, higher ground. Three little plovers hatched. One ended up dying—when it appeared to be ill, it was captured and brought to a rehab center but they couldn’t save it. The other two seem to be thriving. People from Chicago Audubon, including friends of mine, are monitoring the birds all day every day to make sure human beachgoers are following the rules to protect them.

Montrose Beach used to be an ugly site, riddled with debris pushed around by bulldozers and sand-grooming machines. In the past two decades, thanks to conservation organizations and the Chicago Parks District, the beach has been restored into a beautiful site, as natural as possible at the edge of one of the country’s largest metropolitan areas. Ironically, that natural beauty attracted the attention of organizers of a huge music festival, with an expected attendance of over 50,000 people, and they scheduled the event at the beach this year. Public pressure, in part to protect the plovers, forced them to cancel.

The 2 chicks and their parents continue to thrive—on August 6, they even both took their first very short flights. Russ and I will be in Chicago for our 50th year high school reunion in September, and plan to stop by and try to see these young birds before they migrate if it's not too late.

I will not have an opportunity to visit Maine again this year, but it sounds like the plovers there are having a banner year, too. Laurie Gilman just let me know that Maine had a total of 89 nesting pairs this year, up from 68 last year, and that 168 chicks are still safely running about.

I joined both the Chicago Audubon Society and Maine Audubon this year to support all the work both organizations have been doing to help one of my favorites of all birds. Piping Plovers are beautiful in a quiet, soft way; their young are objectively adorable; and they have never harmed a human being, our crops, our domesticated animals, or done anything else harmful to our interests. They don’t quite understand beach-going as recreation—beaches are where they live out every moment of their lives except when they’re in the air flying between beaches, so for them beaches are simply home. I’m glad enough people understand that and are helping these innocent, inoffensive creatures survive that their future is brighter today than it ever has been during my lifetime. I hope we can be as successful approaching other critical environmental issues. 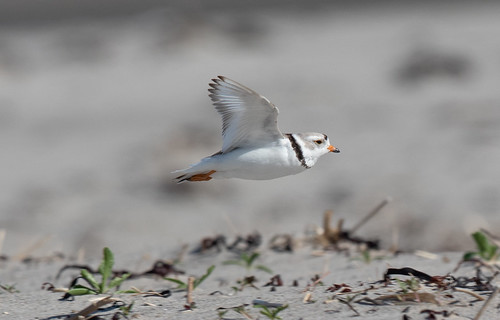