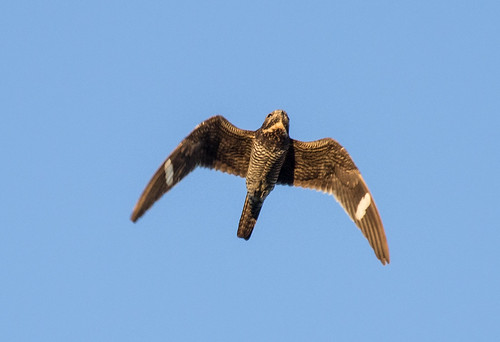 Friday, August 30, was Russ’s and my anniversary, so we went out for an early dinner at a restaurant in downtown Duluth, and then went to an ice cream shop in West Duluth while it was still light. I’ve been out of town way too much lately, and that means I’ve been stuck indoors most of the time when I am home, trying to meet a big deadline for a new book. And my focus on Friday was not supposed to be birds but my husband, who I've been ignoring even worse than I've been ignoring birds, but as we drove downtown, I couldn’t help but see dozens, and then hundreds, of Common Nighthawks winging through the sky. They were mostly paralleling the shoreline, sometimes darting this way or that chasing down a flying insect, but the birds were making steady progress toward the tip of Lake Superior. When they got there, they’d head more directly south.

We got a parking space right in front of the restaurant so weren’t outside for even 30 seconds, but at least half a dozen nighthawks flew overhead, and when we came out, nighthawks were still flying. Russ was driving so I could keep watching nighthawks course over as we went for ice cream, and there were still some flying not far above treetop height as we drove home before sunset, but at that point most were no longer visible. I think they fly lowest when starting out, feeding while afternoon insects are still numerous, and then rise to higher altitudes for their more serious overnight flights—they’re headed all the way to South America. 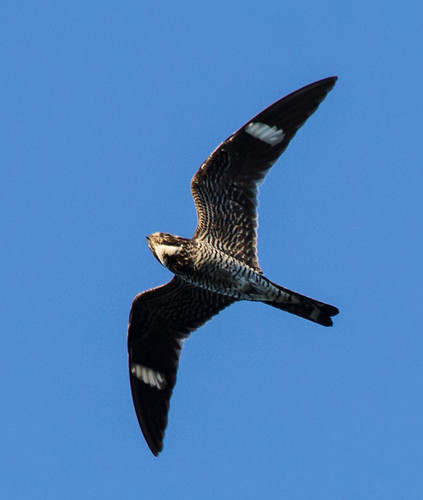 I associate nighthawk migration with family events, perhaps because the first huge migration of them I ever saw was on an August 14, 1983—it was Russ’s dad’s birthday and we were driving home to Duluth from Port Wing. On good migration days—those still, quiet days in mid- and late August when green darner dragonflies are aloft—nighthawks could once be seen any time in the afternoon, often swirling above open fields. When my kids were little, there were often nighthawks flying over during their soccer games, distracting me. One time I was so transfixed by them that it was only Russ jabbing his elbow into my ribs that grabbed my attention in time so I didn’t miss Tommy scoring his first goal. Back in the 80s we saw lots more nighthawks than we do now, with many, many more counted on the best days, and more good days each season. As flying insects disappear, the birds that depend on them are disappearing, too. We’d had a couple of decent days this season, but I’d been out of town or too busy to enjoy them until August 30.

Every summer I give a talk at the Unitarian Universalist Church in Minocqua, Wisconsin, and this year it happened this weekend. I headed there on Saturday, and in early afternoon saw a small group of nighthawks hawking for insects above Highway 2 and some surrounding fields near Iron River. On Sunday when I drove back into Duluth in late afternoon, nighthawks were back on the move, cruising along the lake shore between the harbor and my neighborhood. 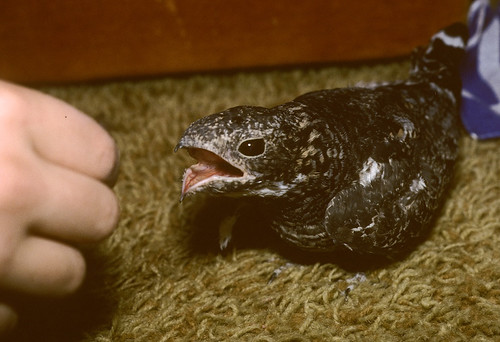 Seeing them always thrills me—nighthawks have long been one of my favorite birds for many reasons. I started specializing on their care when I was a rehabber, studied their digestion during my ill-fated Ph.D. research, and had a dear nighthawk named Fred as my licensed education bird for several years—how could I not deeply love these gentle-spirited birds? Watching them this year made me sad, knowing that a great many of them are headed straight for Brazil with its massive fires, mostly set to grow soybeans and beef by destroying the rainforest. 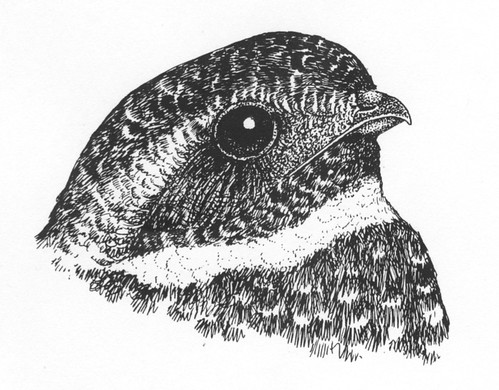