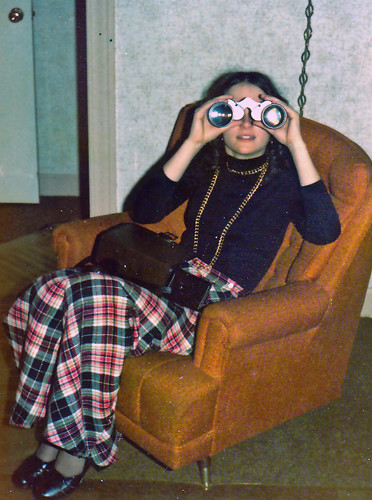 On March 2, 1975, exactly 45 years ago, I took on two new identities: birdwatcher and birder. From the moment I stepped out of my car and started walking in Baker Woodlot on the Michigan State University campus that morning, I thought of myself as both. I’d devoured every word of Joseph Hickey’s book, A Guide to Bird Watching.

As I understood it, bird watching involved paying attention to birds—identifying them accurately, and noticing a lot more about each species than just its name: What behaviors could I observe? What sounds did it make, and in what contexts were each sound produced? What did it eat, and how did it obtain that food? What habitat(s) was it found in? Did it associate with others in a flock, or was it a loner? Did it associate with other species?

That spring I identified 40 species. After finding each one and reading about it in my own copies of the Golden and Peterson field guides, and my Audubon Land Bird Guide or Audubon Water Bird Guide, I headed to the Michigan State University library to read as much as I could about it. The first reference I always headed for was the species’ entry in Arthur Cleveland Bent’s Life Histories of North American Birds, which I quickly recognized as the best single source of fairly authoritative information for almost every species. (By the 1980s, I owned all 22 volumes). I also checked the card catalog to see if I could find books about that species or at least its family, and checked the Reader’s Guide to Periodical Literature to see if any magazines or journals had current information about it.

I took two ornithology classes before we left East Lansing the following year, adding an abundance of skills and bringing my life list up to 214 before we arrived in Madison, Wisconsin, that summer.

All that seemed consistent with what Joe Hickey and Roger Tory Peterson called bird watching. Keeping a life list was part of that, too—Hickey wrote about it in his A Guide to Bird Watching, and Peterson had a whole entry about keeping a life list in his The Bird Watcher’s Anthology, another book I read early on. 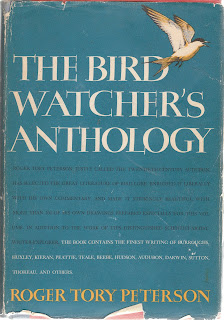 But when I started out, the concept of birding and being a birder were also on my radar. The American Birding Association had formed in 1969, and I unearthed enough of their early newsletters to understand that they focused on the hobby of listing birds, not just on a life list, but also on year, county, state, country, and continent lists. Our limited budget kept both our travel and memberships at a minimum, so I didn’t join the ABA for many years.

I kept track of all the birds I saw on every outing in my field notebooks, which I’d learned how to keep from Hickey’s book, refined by the two ornithology classes I took. This habit allowed me to keep track of birds I saw by state and by year, which I liked.  How could I not consider myself both a bird watcher AND a birder?

Even today, some people still ask if I consider myself to be a birder OR a bird watcher. From the moment I saw and started teasing out the identification of my first Black-capped Chickadee, I’ve been proud to consider myself both. And virtually every day since March 2, 1975, my life has been richer and more joyful thanks to birds. I wish everyone could find something that brings their own lives such joy and meaning.