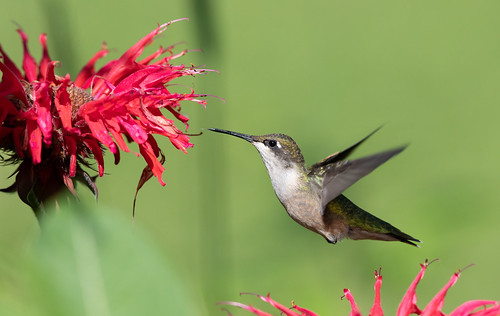 Right this moment, there are more birds in North America than there will be at any time again this year. Baby birds hatched out from May through July have added mightily to bird numbers, but the life expectancy of baby birds is tragically short. The vast majority of chickadees hatched in a given year don’t make it to their first birthday. But once any songbird has survived four seasons, the skills it’s developed serve it well, and its life expectancy grows dramatically.
We know that some chickadees who were trapped and banded, and then trapped again, have lived more than 12 years. Chickadee individuals who have eluded traps, or at least avoided being trapped a second time, have almost certainly lived even longer than that. 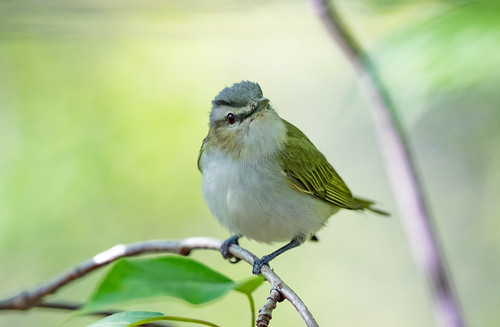 Tiny long-distance migrants can live long lives, too. An adult Red-eyed Vireo banded in July 2002 in Minnesota was retrapped and released in June 2013 in Minnesota, when it was a minimum of 12 years old. This tiny species winters in the Amazon Basin in South America, so the record-holder, weighing just a few grams more than a chickadee, had made a minimum of 24 one-way trips, each over 3,000-miles, during the part of its lifetime we know about.
Various warblers are also known to have survived longer than a decade. And several Ruby-throated Hummingbirds were over 9 years old when retrapped, alive and well, and released. 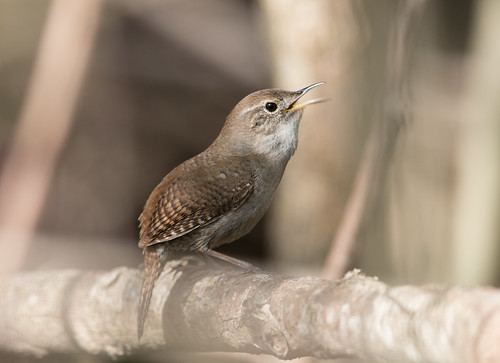 Adult birds spent this summer nesting and raising young. Now, as July draws to a close, some birds are still singing out there, but nowhere near as many and nowhere near as persistently as in May and June. In my yard, a couple of House Wrens still burst into song a few times a day, but virtually never sing more than 2 or 3 songs at a stretch, unlike the 294 songs one House Wren sang in a half hour before dawn on June 6. 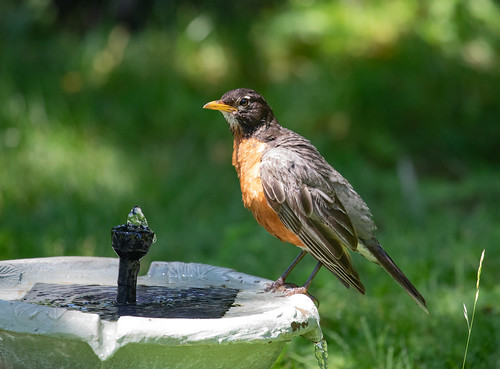 My male robin, who has already reared at least two batches of young and is working on another, sings for a minute or two every now and then, but nothing like he did from the time he arrived in March through June and early July. When rearing his second brood, he still had to prove to his mate that he was fit and ready to start a third batch. Now that that batch is underway, he has nothing left to prove to anyone. When not immediately occupied with young, he takes breaks for bathing and preening much more often than singing.
Two father chickadees occasionally take a break from their begging fledglings to sing, perhaps to give their young voice lessons, but again, with none of the persistence and energy they displayed through spring and early summer. 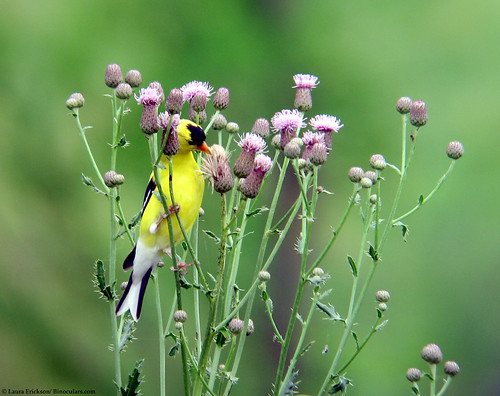 By late July, birds have more urgent things on their minds than singing. A couple of species may still have nestlings or even just eggs—waxwings and goldfinches are our latest nesters. But the pressing task for the rest is to eat hearty on summer’s abundance of fruits and insects, and to molt. Both tasks are essential to prepare migrants for their journey, and to prepare residents for the long winter ahead. I’m still hearing quite a few baby birds begging, but even that is ebbing as they grow more capable of finding their own food. 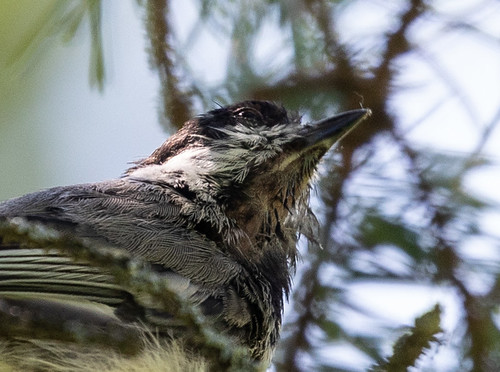 Now adults of a great many species are molting. My chickadee adults were looking horribly scraggly just a week ago, but their new feathers are starting to emerge, and a week or two into August, they’ll look every bit as perfect as the chicks they raised. Some Blue Jays and cardinals may appear bald for a week or so—the Blue Jay I had for many years as an education bird, Sneakers, always lost most or all of its head feathers simultaneously in the summer molt, looking bizarrely bald, while another jay I had, named BJ, lost and replaced its feathers more gradually, so it was hard to even notice that it was molting. 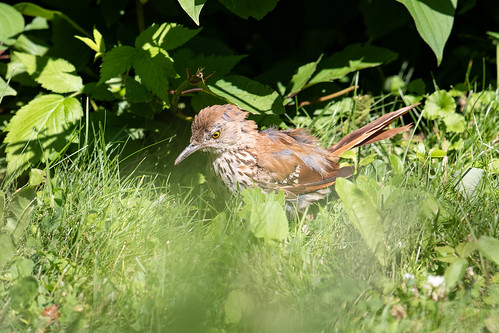 On the first of every month, I’m presenting a Zoom program for supporters of "For the Birds." This Saturday night, August 1, I’ll be focusing on birds of late summer, with lots of photos of them at their best and at their worst. I'll provide lots of information about what birds are up to right now and how we can get our best looks at them in our own backyards. I'll be sending out invitations this week to everyone supporting "For the Birds" via Patreon or directly to me.
Laura Erickson at 10:42 PM
Share