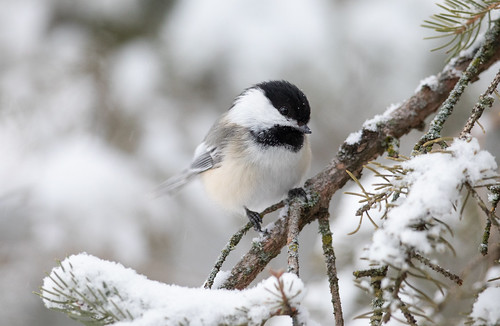 Right as northern Minnesota is plunged into the coldest spell of this entire winter, the exact same birds who are stuck out there day after day, naked as jaybirds, are making it clear that winter is coming to an end. Even we mere humans are noticing that days are longer now than they were during the December holidays; regardless of how cold temperatures might get, that is already making avian hormones surge. I’ve been stuck indoors virtually all the time right now, on a crushing deadline to finish a book, only able to hear birds whose songs can penetrate double- and triple-pane windows, but on February 2, I heard my first Hairy Woodpecker drumming. 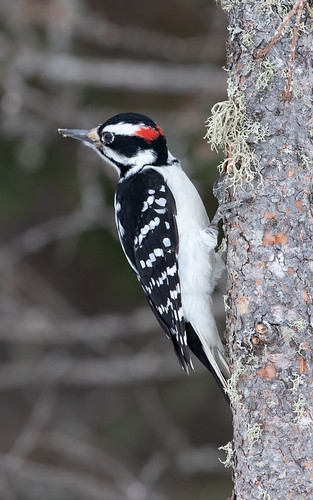 Year-round, when woodpeckers are foraging for food or excavating a cavity, they tap on tree trunks, which is noticeable and can be loud. Hairy Woodpeckers in particular are louder foragers than Downies and usually louder than other medium and large species woodpeckers, though this also depends on the wood they’re tapping into, so this is the kind of judgment call that I like to confirm by actually seeing the bird. But loud or soft, those tapping sounds are not what is called drumming—that term is used for the rhythmic proclamation woodpeckers make when soliciting a mate and announcing their territorial boundaries. 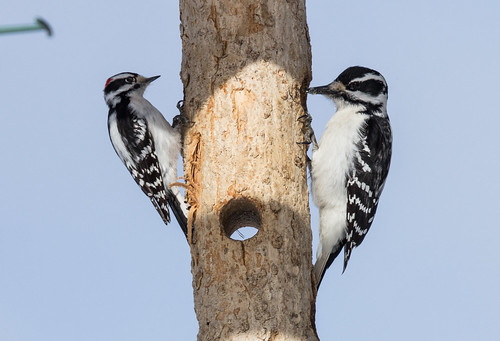 The Hairy Woodpecker’s drumming is fast, but even after all these years, I still use my binoculars to confirm any woodpecker identified by drumming except Yellow-bellied Sapsuckers—they’re unmistakable because they sound so uniquely arhythmic. The difference in tempo between Hairy and Downy is a consistent one, and I completely trust the birders who are confident they can always distinguish them. I just can never be sure when it’s me doing the listening—what if on a particular day I’m simply processing sounds faster or slower? So I like to double-check. One day soon, Downy Woodpeckers will also be drumming again or, I should say, one day soon I’ll notice Downies drumming again. 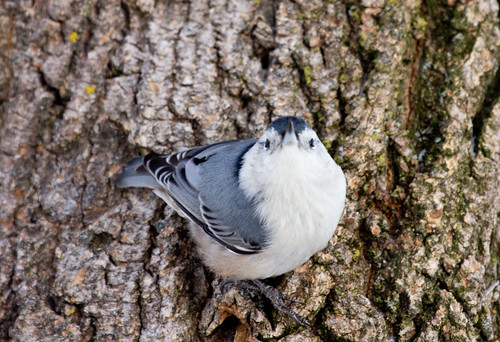 Woodpeckers aren’t the only ones starting to rev up into spring-like behavior. On February 3, I heard my male White-breasted Nuthatch singing. Nuthatches makes their cranky call-notes year-round, but limit their song to those times when they’re establishing a nesting territory and wooing a mate. I remember when I was a new birder sometimes confusing the nuthatch song with the Pileated Woodpecker’s call, but hearing both species so often in my own backyard, it’s become easy for me. Listening to recordings is a fine way to learn bird calls and songs, but the more you hear them in real life, the more deeply embedded they become in your brain and heart in exactly the way you recognize some friends and family members by their voice alone on the phone. 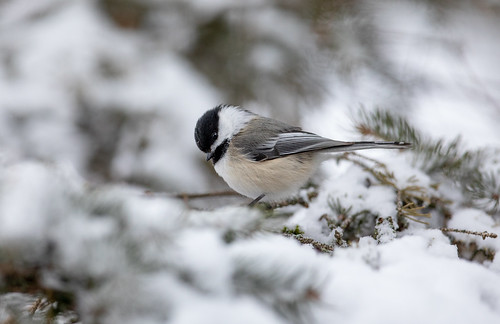 I haven’t heard chickadees singing yet but they have to be. I often recount the story of February 2, 1996—the day Minnesota hit its lowest temperature on record, 60 below zero Fahrenheit in Tower. (The temperature may have been even lower in Embarrass, but, embarrassingly, their thermometer broke.) A guy slept out in a snow fort that night in Tower, and when he emerged triumphantly in the morning to television cameras and radio microphones, everyone was so wowed by this human survivor in his high-tech clothing that they didn’t even notice the Black-capped Chickadees singing away in the background. If they have enough food, they don’t care about the temperature. 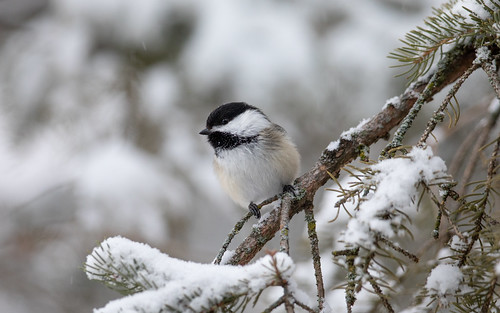 These double-digits-below-zero temperatures will soon be over, but wintry weather usually lasts well into April in my neck of the woods. Nevertheless, in the coming days and weeks, we’ll be hearing more and more birds switching into spring mode. Eagle and raven pairs will start dancing in the sky and crows will start carrying sticks as days grow ever longer. And even right this moment, as my personal thermometer reads -9, my drumming Hairy Woodpecker and singing White-breasted Nuthatch are reassuring me that spring is definitely on its way. 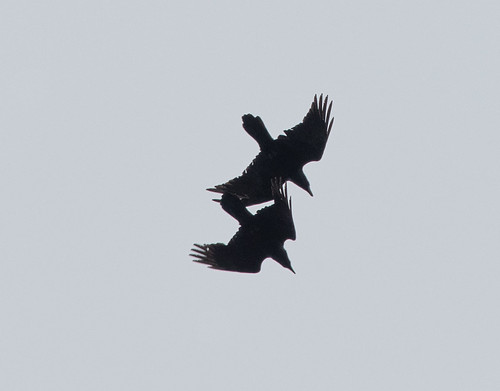