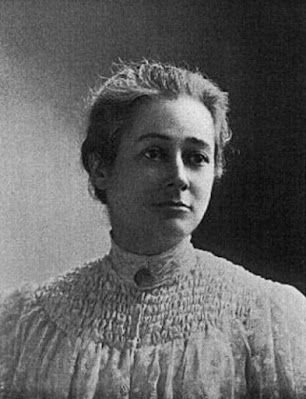 When I started birding, I learned as fact that the first field guide was written by a man—Roger Tory Peterson. Yes, that was a fact—but not a true fact. Peterson’s 1934 Field Guide to the Birds was an important publication, but hardly the first field guide. Many books helped people figure out the dead birds that they shot—there was an old saying about identifying birds along the barrel of a shotgun. People made a big thing about how Peterson's field guide could put an end to all that by helping people identify living birds in the field.
But almost half a century before Peterson’s guide came out, two decades before he was even born, a woman wrote a book in an effort to start a new culture of birding, helping people enjoy and observe living birds. In 1889, Florence Merriam's seminal Birds Through an Opera Glass was published by Houghton Mifflin. This was the first guide written to help people identify birds without shooting them.
The introduction sounds strangely modern for being written well over a century ago. Merriam opens by encouraging people to pay attention to the birds in their own neighborhoods, seemingly challenging readers to get out there and start a yard list:

WHEREVER there are people there are birds, so it makes comparatively little difference where you live, if you are only in earnest about getting acquainted with your feathered neighbors. Even in a Chicago back yard, fifty-seven kinds of birds have been seen in a year, and in a yard in Portland, Connecticut, ninety-one species have been recorded.  Twenty-six kinds are known to nest in the city of Washington, and in the parks and cemeteries of San Francisco in winter I have found twenty-two kinds, while seventy-six are recorded for Prospect Park, Brooklyn, and a hundred and forty-two for Central Park, New York.

In an era when full-color books were prohibitively expensive and few good bird photographs were available anyway, she encouraged people to do exactly what I did when I started birding—to study birds in museums. (I spent countless hours in the Field Museum of Natural History every time Russ and I went to Chicago.) Florence Merriam wrote:

There are especial advantages in beginning to study birds in the cities, for by going to the museums you can compare the bird skins with the birds you have seen in the field. And, moreover, you can get an idea of the grouping of the different families which will help you materially in placing the live bird when you meet him at home. If you do not live in the city, shrubby village dooryards, the trees of village streets, and orchards, roadside fences, overgrown pastures, and the borders of brooks and rivers are among the best places to look for birds.

When going to watch birds, provided with opera-glass and note-book, and dressed in inconspicuous colors, proceed to some good birdy place, — the bushy bank of a stream or an old juniper pasture, — and sit down in the undergrowth or against a concealing tree-trunk, with your back to the sun, to look and listen in silence. You will be able to trace most songs to their singers by finding which tree the song comes from, and then watching for movement, as birds are rarely motionless long at a time when singing. It will be a help if, besides writing a careful description of both bird and song, you draw a rough diagram of the bird's markings, and put down the actual notes of his song as nearly as may be.

Long before birders could play recordings in the field, she recommended using our own voices to imitate birds to bring them closer:

If you have time for only a walk through the woods, go as quietly as possible and stop often, listening to catch the notes which your footsteps have drowned. Timid birds may often be attracted by answering their calls, for it is very reassuring to be addressed in one's native tongue.

Although people could submit documentation describing rare birds they'd seen back then, usually records were accepted officially only if a specimen was collected. Cameras were not part of most people's everyday life back then, but Florence Merriam Bailey already appreciated the advantages of a camera over a gun, writing:

Photography is coming to hold an important place in nature work, as its notes cannot be questioned, and the student who goes afield armed with opera-glass and camera will not only add more to our knowledge than he who goes armed with a gun, but will gain for himself a fund of enthusiasm and a lasting store of pleasant memories.

It would seem from our vantage point that the late 1800s were a quietly idyllic time, but to be taken seriously as a naturalist or bird student, one had to be willing to take aim and kill the study subjects. Florence Merriam Bailey could see a better approach:

For more than all the statistics is the sanity and serenity of spirit that comes when we step aside from the turmoil of the world to hold quiet converse with Nature.

As our longed for spring migrants start returning in the coming days and weeks, I’ll be thinking of this gentle woman, so far ahead of her time in envisioning nature study as not merely a stimulating intellectual exercise but balm for the heart and soul. 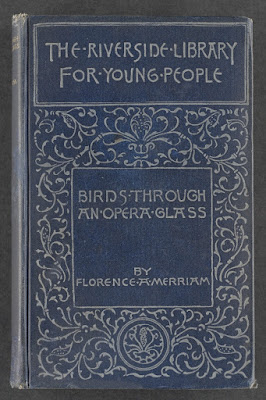