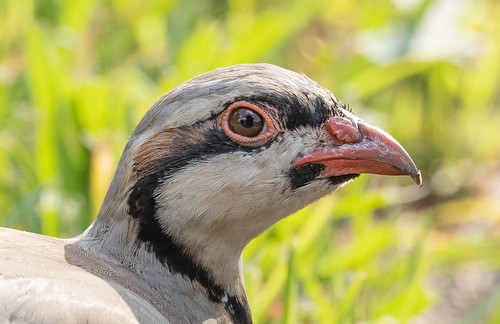 In 2013, when I did my Big Year, I focused on species of conservation interest and other native species. I certainly didn’t close my eyes to vagrants that showed up, nor to exotic birds whose populations are established. The birds I was looking for were the day-to-day birds who belonged in the places I was birding in. I certainly didn’t think about seeing the national bird of Iraq and Pakistan. 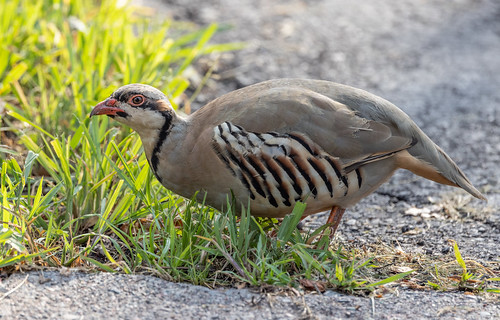 Chukars have been introduced into the United States and Canada many times beginning in 1893. They got well-established in mountainous western states, but despite several introductions and a lot of escapes from game farms, they’ve never developed a self-sustaining population in the Midwest. They do live in a few of the places I birded during 2013, but I never lucked into seeing one. Indeed, in all my years of birding, I’d never once seen one.

That is, until yesterday. In the past week or two, a small group of them started hanging around in people’s yards in my neighborhood, a few blocks southwest of me. I first heard about them last week on Facebook and combed the area pretty thoroughly, pushing a stroller with my grandson Walter, but no luck. Then a few days later my friend Dudley Edmondson mentioned seeing them—as soon as I was done with grandma duty that day, I drove up and down all those blocks again, but again without luck.

On Monday, when I saw another Facebook post about them, I commented about how much I wanted to see and photograph them, and in early afternoon Tuesday, my friend Sarah Glesner sent me a message telling me where the covey has been most reliably seen. A little while later, she sent another message that one bird seems to have split off from the group and was hanging out in a yard four and a half blocks east of my house. It was too hot and muggy to walk there with the baby, so when I was free at 5, I hopped in my car with my camera and voila! 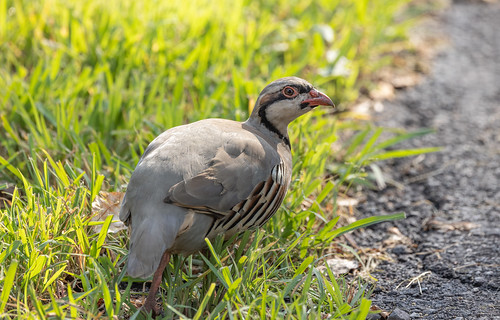 The single Chukar was foraging at the end of a driveway exactly where Sarah said the lone bird would be. I photographed it from my car—it was a little backlit but only about 20 feet away. Chukars feed on the ground, eating insects, seeds, tuberous roots, and berries. I couldn’t figure out exactly what this little guy was picking at on the edge of the lawn, but it also seemed to be picking up a bit of grit in the driveway. 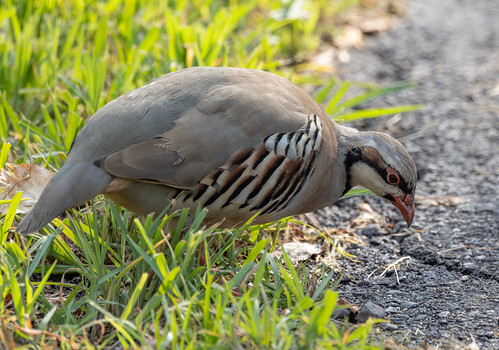 Chukars take their name from their call, sort of a chuck, chuck, chukar, chukar, but I didn’t hear it utter a peep during the time I watched.

In the wild, Chukar coveys tend to include one mated pair and their young, but sometimes even in wild situations multiple families join forces to form a larger covey. It’s hard to understand why the one bird in my neighborhood is on its own when a covey is just a few blocks from it.

Chukars do not belong in Duluth—the birds in my neighborhood apparently escaped from captivity somewhere around here in the same way that bobwhites sometimes do. Like most birds raised in captivity, the one I saw was pretty tame—not the least bit concerned about me photographing it from such close range. Sarah mentioned that the birds in the larger group seem quite tame, too.

In a neighborhood where Great Horned Owls and foxes are hunting for their young right now, these Chukars may not survive long, but I prefer to focus on the fact that they’re at least living out what time they have on their own. In the next few days, I may try for photos of the covey, but I’m darned happy that after 46 years of birding and 16 years photographing birds, I’ve finally seen and taken pretty good pictures of a Chukar, even though as an escapee, it doesn’t count on my lifelist. I’m still reporting it on eBird, not to plump up my lists but because if Chukars ever do get established in Minnesota, it will be useful to be able to figure out when they first appeared. Regardless, I’m thrilled that I finally saw one. 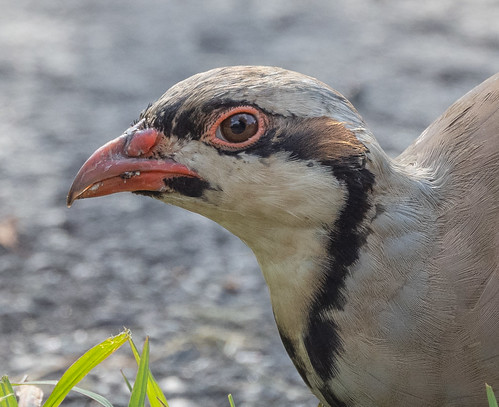