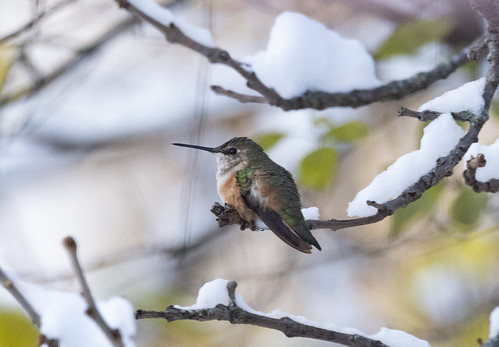 When I let my dog Pip out in the rain or blowing snow, she heads straight for the underside of our picnic table or under the back bay window, whichever is drier and less exposed to wind, exactly as my previous little dog Photon used to do. The three big dogs I’ve had in my life never took shelter in those spots at all—they’d stay out in the middle of the yard, blasted by the brunt of whatever the weather could mete out. 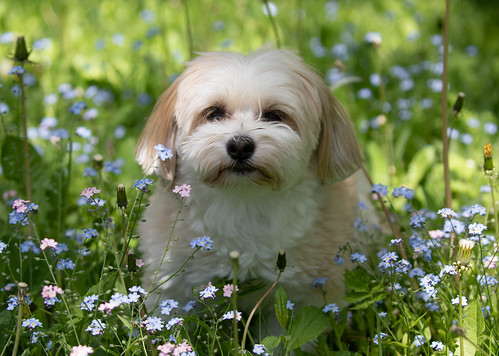 Are little dogs smarter? All three of my big dogs were hunting breeds, their coats and muscles designed for rugged outdoor adventures. Rain took a long time to penetrate their outer coats, while even a few raindrops instantly reach my little foo-foo dog Pip’s skin. Sheltered microclimates don’t matter nearly as much to bigger dogs. 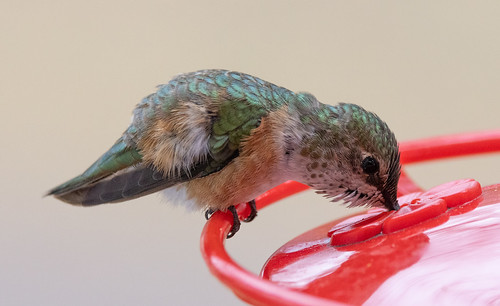 I’ve been thinking a lot about microclimates as I watch the little Rufous Hummingbird coming to my feeders. There are three houses on Peabody Street that provide hummingbird feeders right now. The other two have one feeder in front of the house, facing north, and one in back, facing south. In both cases, the front feeder is at a window, in shade all day, and gets the brunt of north winds. And in both cases, the back feeder is away from the house on a deck, getting sunlight as well as shelter from north winds.

My house is on the opposite side of the street. I have one feeder on my front porch facing south. That one is under a porch roof, mostly sheltered from rain and often quite a bit warmer than all the others. Yesterday was sunny when I looked at our backyard thermometer. It read 33º, while the one on the front porch read 41º. 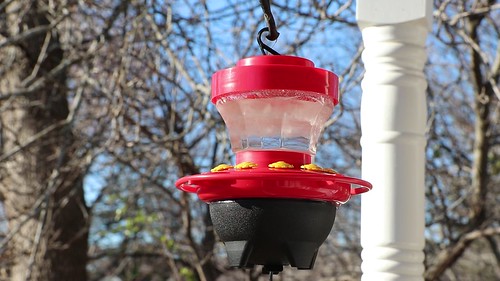 Another feeder is set on the tray feeder on my home office window, facing east. So close to the house, that one is very sheltered from rain if winds have a westerly component. 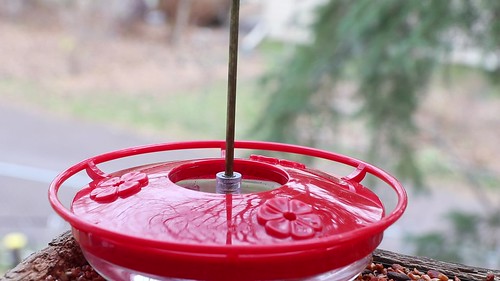 My third feeder is in my side yard, also on the east side of the house. That one I mainly watch from my upstairs window, but it's the closest and easiest for birders coming here to see from next to the fence. 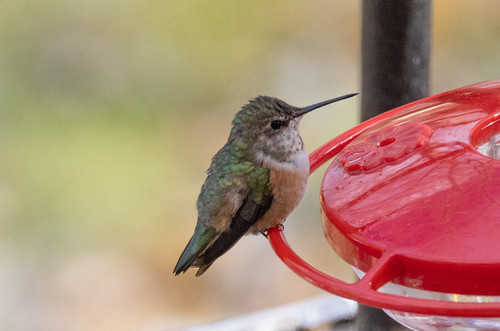 From the first time I saw the hummingbird in my yard, within an hour of my setting out feeders, she came fairly frequently every day. But I started noticing that she came more often to the front porch feeder when it was sunny and the wind northerly, and more often to the side feeders when the wind was from the west. As November has proceeded, she’s coming less and less to the front feeder, I suspect because most of the surrounding vegetation has lost its leaves now, giving her no protected hideouts when she flies off in a hurry.

One week we had several days with fierce east-south-east winds. On those days she came to my feeders only a few times all day, spending more time in the other the two yards with more protected feeders on the north-facing windows. When the wind shifted to the west, she was back at my window feeder two or three times every hour.

Meanwhile, my chickadees come to pretty much the same feeders at pretty much the same frequency no matter what the weather. Chickadees are considered among the smartest birds on the planet, and they’re tiny, so it may seem counterintuitive that they wouldn’t pay attention to microclimates. But chickadees don’t sit in bird feeders to eat—they each fly in, grab a seed, and fly off to eat somewhere else. The few moments at the feeder are insignificant. I’m sure they take microclimates into account in selecting where to stop and eat those seeds. 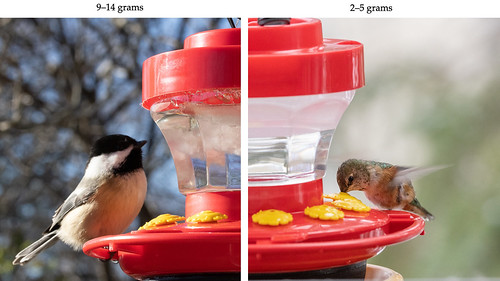 Rufous Hummingbirds weigh 2–5 grams while Black-capped Chickadees weigh 9–14 grams, but more important, the hummers don’t fly in and grab food to eat elsewhere. When nothing disturbs my Rufous as she feeds, she remains for 50–125 seconds each time, so of course she chooses whichever feeders are least exposed to the elements.

None of us have figured out where she sleeps at night, but that also seems to vary. Sometimes as sunset approaches, I watch her fly from my feeder to the north, towards a little woodsy spot where 49th Avenue East dead-ends or beyond. Other times, she heads south or southeast, toward the other houses with feeders. 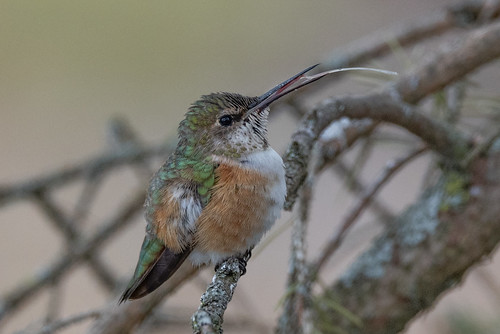 The only places we can actually watch her are at feeders or, if we can track her as she leaves a feeder, at a few roosting spots. But most of the time no one knows where she is. We know her temporary home range is at least a block long, and quite likely larger than that. Even in winter, hummingbirds cannot live by sugar water or natural nectar alone—they need protein, which they must get from insects, and she's apparently figured out where to find them even during cold weather. When I've had my window open to take unobstructed photos, tiny insects have flown in even when the temperature was in the low 20s.

Several times since my hummingbird arrived, I’ve asked her how she makes these minute-by-minute and day-by-day decisions about where to be and what to eat, but so far she’s not talking. 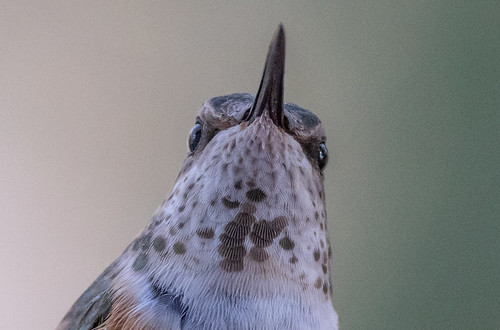