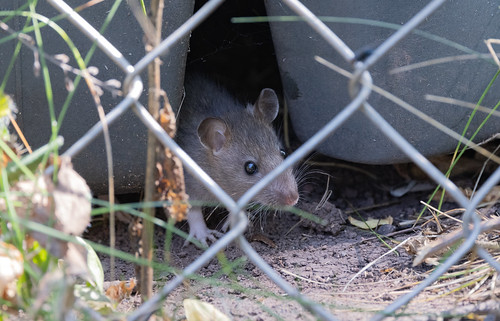 When I was a little girl, rats were the stuff of my nightmares. The movie Lady and the Tramp came out when I was 3, too little to go to the movies, but at the time, previously released children’s movies often played as part of double features, and I’m pretty sure it was one of the first movies I ever saw, its primary villain the rat that sneaks into the baby’s room. Disney made the rat seem even more villainous, giving it glowing, devilish eyes, though somehow the only sound we hear the rat make, in its fight to the finish with the Tramp, is a tiny, innocuous squeak. My fear of rats was exacerbated by my father, a Chicago firefighter, who told my mother horrible tales of rat-infested buildings while we children eavesdropped from the staircase.

Yet oddly enough, from the time I was five, my entire childhood, though college, was brightened by a succession of rodential pets—white mice, hamsters, and gerbils. I knew people had pet rats, and they didn’t look so very horrible in pet shops, but I could no more fathom wanting a rat for a pet than I could imagine wanting a snake. It wasn’t until my son Joe was in fifth grade and fell in love with one of the baby rats his science class raised that I was forced to reconcile my fear and distaste with the reality of living with and getting to know an individual rat. Ren was smart and sociable, gentle and friendly with our whole family. I already had read studies about how intelligent rats are and Ren convinced me of the truth of studies about how rats are capable of empathy.

Ren developed a ginormous tumor when she was just 2 years old—it was benign and removed in surgery, giving her over a year more of good health, but it turns out a lot of pet rats come from medical research stock, genetically prone to such tumors. Lab rats, the exact same species as the city rats featured in my father’s scary stories, have suffered from tumors and given their lives for medical discoveries that have saved countless human lives.

I think I understood from the time I was in middle school or so that rats were the main vector for bubonic plague and some other diseases. Those include hemorrhagic fever, scrub typhus, salmonellosis, and leptospirosis. At the same time that I was falling in love with Joey’s rat, I was starting to learn about the devastating economic damage rats cause—rodent urine and feces spoil 20 percent of the world’s food supplies. And rats are a horrifying ecological scourge, endangering many vulnerable species on the planet, especially on islands, where they are responsible for an estimated 40–60 percent of extinctions of birds and reptiles. Islands may comprise only three percent of the planet’s landmass, but 95 percent of all known bird extinctions occur on them.

So I completely understand the real problems, for human beings and the natural world, that rats pose. I’ve been spoiled—over the four decades we’ve been on Peabody Street, I saw single rats just a handful of times until three or four years ago, when we suddenly started having a rat problem in my neighborhood in Duluth. It’s been frustrating during the pandemic, when I’ve spent so much time here at home but haven't been able to scatter white millet on the ground for my migrating sparrows.

The species of problem rats in America are not native here, and the problems rats cause are worldwide. Since the pandemic, rat populations have mushroomed in many areas. When restaurants closed in New York City, gourmet rats had to start foraging more widely, suddenly invading neighborhoods where they’d only been a minor issue before. But the pandemic is hardly the only reason rats keep multiplying. Demands for lower taxes have meant that a great many cities, counties, and states have cut back funding for basic sanitation services, providing more garbage for rats to feast on. And demand for fewer government regulations and lower enforcement mean that many businesses, farms, and households don’t properly store foodstuffs and animal feed. Many well-meaning people who compost don’t realize how critical it is to keep compost bins in rat-proof enclosures. And of course those of us who feed birds have to be proactive and responsible not to be subsidizing problem rats and mice.

Unfortunately, when the problems get severe, so do the solutions. Tomorrow I’ll focus on the growing disaster rat poison has become. 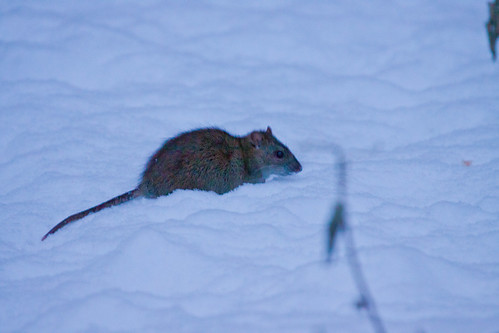