What would Lincoln (Abraham) say? 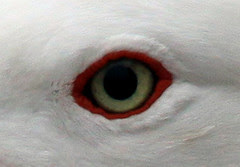 Ring-billed Gull
Originally uploaded by Laura Erickson
I’m writing this on June 10, 2010, Day 52 of the Gulf Oil Disaster, right after official estimates of how much oil has been gushing have been doubled. At this point, assuming these current numbers don’t also turn out to be gross underestimates, we’re closing in on 40 million gallons of oil spilled. Several organizations and governmental units are collaborating on maintaining a comprehensive list of all killed and maimed wildlife collected—the number of birds reached 1131 by noon today, of which 658 were collected dead. Of the remaining 473 collected still alive, 40 have been cleaned and released, a number that hasn’t grown in several days because of so many concerns that there is no safe place to release these poor creatures. No one is publicizing the number of animals that die at rehab facilities—official counts keep track only of whether they’re alive or dead at the moment they’re collected. Virtually all the birds found have either been picked up on beaches or in other accessible places rather than dense marshes, so although some say the number collected is about 10 or 20 percent of the total number of birds oiled, I believe the number found is more likely a mere 1 percent or less. But there is no objective, scientific way of setting the figure either way for certain.

In the face of this ongoing, constantly growing disaster, people are becoming both numb and prickly. On an online discussion group, after one person said that it’s a no brainer that we Americans must conserve more energy, another said we simply cannot—we are defined as a species by our technology, and our very nature is to continue growing increasingly technological. In response, I suggested that perhaps our very technology can find ways of maximizing energy efficiency of these comforts and entertainments, and cited my Prius, the most comfortable car I’ve ever had, as an example of a technological innovation that provides all the benefits of a car while giving me an average of between 48 and 52 miles per gallon with every fill up. Instantly, another guy started berating me with South Park epithets to ridicule what he called my holier than thou superiority.
Conservation of natural resources alone is certainly not going to get us out of this horrifying situation, but there is no way anything else is going to without a national commitment to stop squandering our finite resources. I haven’t heard anyone ridiculing people who have been building their 401-Ks and making large profits from BP, Halliburton, or other corporations with horrible records. There are even people arguing in credible newspapers today that BP shareholders deserve to receive their usual large dividends this year, though every penny of those profits and of the profits paid out for many years was made via entrenched corporate policies that take egregiously dangerous shortcuts in safety. Mass murderer Amy Bishop killed three people—less than a third the number of human beings killed in the oil rig explosion directly because of BPs violations. The moment Bishop was caught she was sent to jail, though she hasn’t been tried yet, and some of her family’s assets were quickly seized. The Supreme Court ruled that corporations must get the same rights as people, but in reality we give corporations more rights. We have evolved a peculiarly distorted version of capitalism wherein corporations privatize their profits while socializing their risks and many of their costs, and the people responsible for making even the most egregious decisions are given control of when and where enforcement agencies can get access to their crime scenes to investigate. BP is even still being allowed to run the salvage efforts, when its vested interest is more in hiding the extent of the damage than genuinely rectifying it.

When we consider the human beings killed in the explosion and now the oiled carcasses of birds and mammals littering the filthy shoreline of our once beautiful Gulf, we should remember Abraham Lincoln’s words about the honored dead at Gettysburg. Let us highly resolve that these dead shall not have died in vain -- that this nation, under God, shall have a new birth of freedom from corporatism-- so that government of the people, by the people, for the people, shall not perish from the earth.
Laura Erickson at 8:56 AM
Share