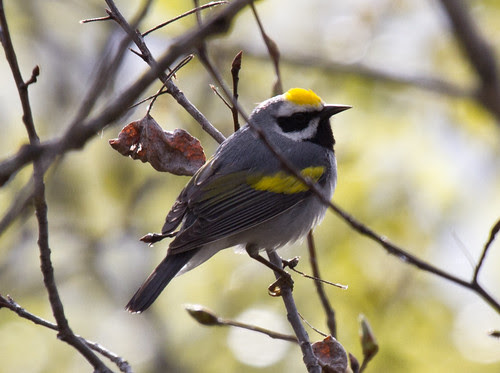 A year or two ago, a Penn State student named Anna Sewell was taking a seminar course about endangered species and became fascinated with the plight of the Golden-winged Warbler. She wrote a paper about the little bird, and became so alarmed with how grievously its numbers were declining that she kept working on the project and finished the rigorous research required to file a petition with the U.S. Fish and Wildlife Service asking to have the bird officially listed as threatened or endangered. She filed her petition on February 10, 2010—a year and a half ago. The petition was referred to the Division of Ecological Services, who had to make two key decisions. First, they had to make a 90-day finding, in which they decide whether the information in the petition is substantial enough to justify additional evaluation. In this case it was. Next they must prepare a 12-month finding, based on a review of the scientific evidence, and a call to state agencies, organizations, and the public for additional relevant information. Then a document is prepared to explain whether the petitioned listing is warranted, not warranted, or warranted but precluded. Warranted but precluded means that the species does warrant listing, but that other species have higher priority in the decision queue; after listing decisions are made for those species, the warranted but precluded species will get its turn. Evaluation is based on the criteria of the Endangered Species Act: the likelihood of extinction in the foreseeable future throughout all or a significant portion of the species’ range. If a species is ultimately listed, the next step is normally the preparation of a recovery plan. It can take several years for meaningful actions to occur that actually help a species to recover. The Golden-winged Warbler proposal is still in the one-year review stage, and so it will be a while before it gets any help under the Endangered Species Act. But it’s tricky researching the species to help figure out why it’s declined so egregiously in virtually all its range except a small part of Northern Wisconsin and in Minnesota west of a line from Duluth to the Twin Cities. For one thing, Golden-winged Warblers are one songbird that simply doesn’t deal well with some research techniques. A pilot telemetry study in Kentucky found that of that of four male Golden-winged Warblers tagged with radio transmitters, two disappeared from their territories and were not observed in the study area again. This species is also exceptionally vulnerable to communications towers—their mortality at these towers during nocturnal migration is exceptionally high relative to other species that are orders of magnitude more abundant but have only slightly higher mortality. States in the Appalachians and the Northeast have lost virtually all their Golden-wings even where appropriate habitat appears to be available. 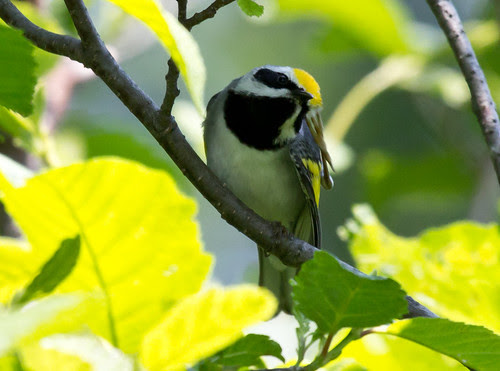 The last holdout where Golden-winged Warblers are surviving in strong numbers is in central and northern Michigan, central and northern Wisconsin, and central Minnesota. Its population is expanding in Manitoba. Many of us are lucky to live where the tiny warblers are still easy to find, but based on their rapid decline in eastern states, this is a bird that should not be taken for granted. It took a Penn State student to get Golden-winged Warblers the attention they deserve. Maybe it’s time for us non-professionals to take similar initiative to demand that other seriously declining species, such as Evening Grosbeaks, to get similar attention. 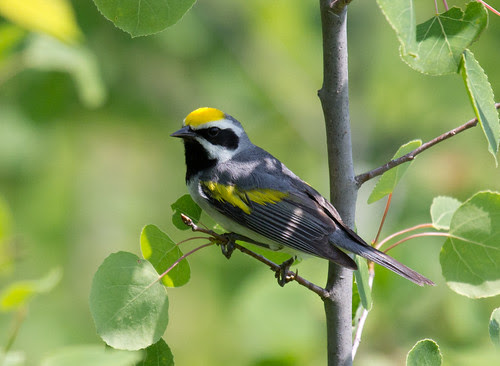