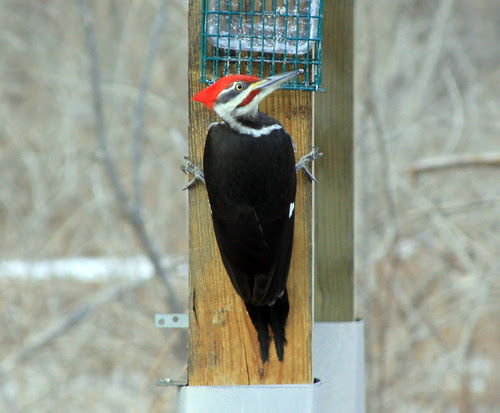 (This is repeated from last year, podcast here.)

In autumn, a lot of people set up their old bird feeders and a lot of other people buy or build new feeders. Ever since Emily Dickinson tossed out crumbs to her sparrows, Americans have taken pleasure in feeding backyard birds. And like Emily Dickinson, the protective feelings we have toward birds are especially aroused by wintry weather.

Except for sick or injured birds that cannot leave our feeding stations, or out-of-range visitors that find themselves in habitat offering no sustenance for them, virtually every bird that visits our feeders gets most of its calories from more natural sources. People as a group are unpredictable and fickle, and even the most steadfast soul with a bird feeder might get sick or have to spend time somewhere else during winter, so birds unable to find enough natural food to survive usually migrate to where they can.

Birds really can survive perfectly well without our feeders, but they do get through the winter in better condition when they get some easy and nutritious calories every day. In one University of Wisconsin study, Black-capped Chickadees took about 21 percent of their daily calories from feeders and the rest from wild sources. That’s barely a fifth of their food, and the researchers found that when they removed feeders from a woodland where birds had been fed for the previous 25 years, chickadees quickly switched to natural food sources and survived the winter as well as chickadees that lived where no feeders had ever been placed. The researchers learned that during mild winters, survival rates between chickadees in areas with bird feeders are no higher than for chickadees living entirely without feeders, but during extremely harsh conditions, feeders did raise their survival rates. 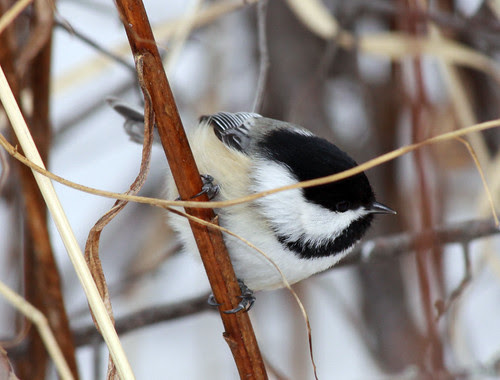 A single bird feeder seldom attracts many birds, and it can take weeks or even months for birds to discover it, especially where habitat is poor. Overall, the most successful feeding stations provide a variety of feeders in different spots. Some species, such as native sparrows and doves, prefer feeding on the ground. 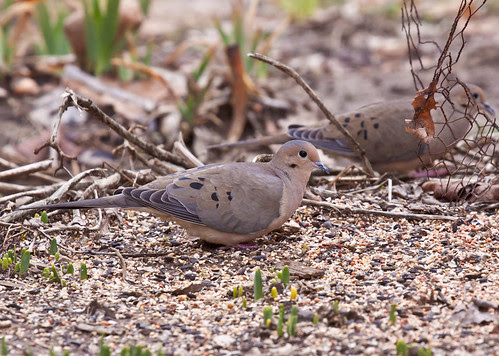 Some, such as Evening Grosbeaks, prefer platform feeders without roofs. 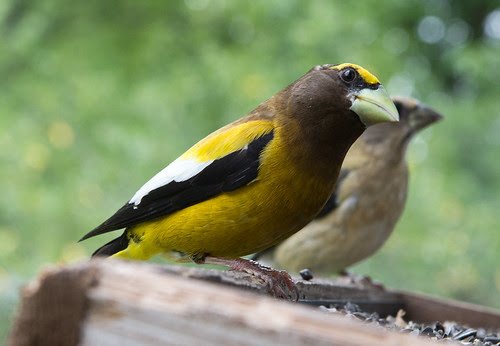 Some, such as chickadees and finches, don’t mind hanging feeders 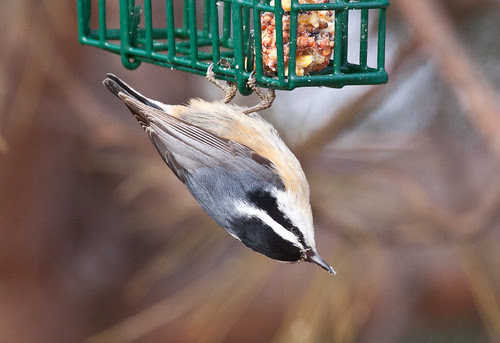 while others prefer feeders to be firmly attached to something solid. 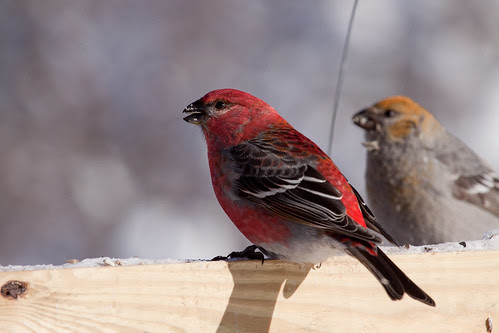 People often buy bird seed mixes, reasoning that the wider variety of seed choices will lure in a wider variety of species. But the bulk of inexpensive mixes is “filler” seed that few if any birds eat. These mixes cost far less per pound than sunflower, but so much is wasted that in the long run, they’re more expensive. And wasted seed decays, fostering bacteria and fungi. Normally the best seed choices are black oil sunflower and, if you have a lot of ground-feeding sparrows and doves, white millet. 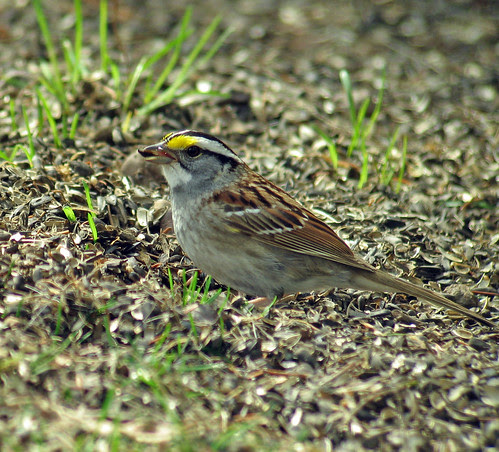 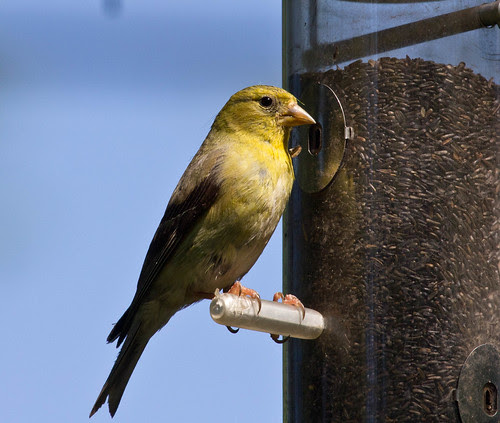 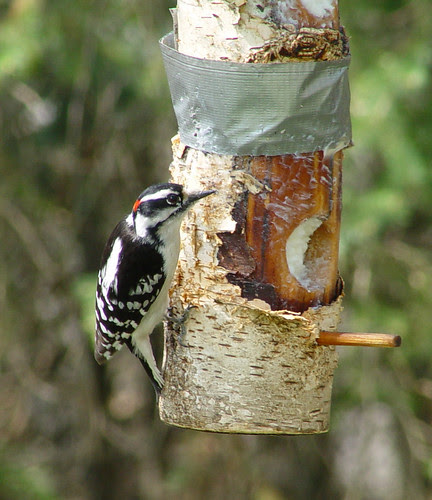 I never buy suet cakes that have corn or peanuts. I only buy corn or peanuts graded for human, livestock, or pet consumption—those sold for wildlife feeding don’t need to pass inspection for aflatoxins—extremely dangerous byproducts of bacteria that thrive on corn and peanuts. Corn and peanuts sold for bird feeding never carry any kind of certification guaranteeing that they are free of aflatoxins, so I don’t feed corn and buy peanuts for feeding chickadees, jays, and squirrels from the grocery store so I know they’re safe. It would be ironic indeed to imagine myself helping my backyard birds while feeding them toxic food. Bird feeding can be wonderful for the birds and for those of us who watch them, but only if we're sure we're doing it right. 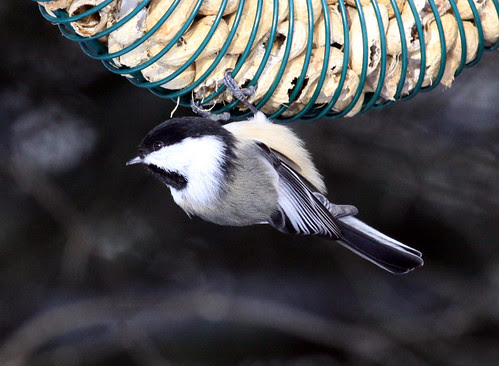