Sometime around Memorial Day Weekend, I’m heading out for a madcap day of birding in the first-ever Great Wisconsin Birdathon, established by the Natural Resources Foundation of Wisconsin and the Wisconsin BirdConservation Initiative. Competing teams will try to get pledges that will go to the state’s Bird Protection Fund, which supports statewide bird conservation in Wisconsin. This year’s priorities are habitat management and monitoring for Cerulean Warblers and Prothonotary Warblers in the deciduous forests of southern Wisconsin, protecting and improving stopover habitats for the millions of birds that pass through WI annually via the new Wisconsin Stopover Initiative, the Bird City Wisconsin project, and wintering habitat protection and management for orioles, hummingbirds, warblers and the rest of "our" birds that winter south of the border. 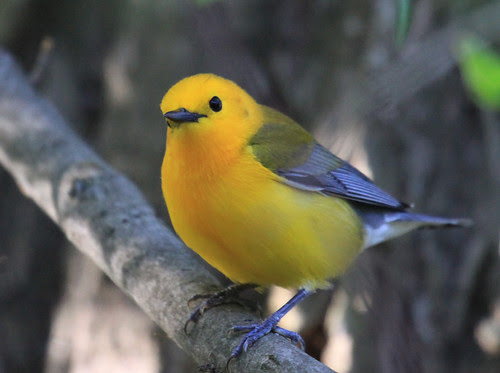 I’m not much of a fundraiser, but Wisconsin’s Bird Conservation Initiative is a project near and dear to my heart, and best of all, I’ll be raising the money by doing a Big Day with two of my favorite people, Ryan Brady and Dick Verch. I’ll get to spend a whole day birding with two of Wisconsin’s finest birders—what could be better?

Our team will of course want to see as many species as possible in a single day for three reasons: first, because many people base their pledge on the number of species seen; second, because this is a friendly competition with teams covering other areas of the state—we want our neck of the woods to stand out as the best; and third, because what’s the fun of doing a Big Day unless you’re focused on making your list as big as possible? 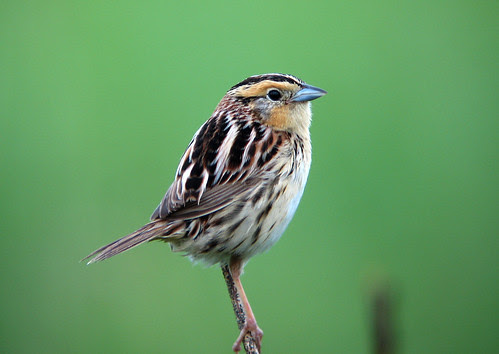 High on Ryan’s most-wanted species list are Boreal Chickadee and Le Conte’s Sparrow, both of which are among my own favorite birds so I’m sure hoping to see them, too. We even optimistically named our team the “Invasion of the Boreal Chickadees.” 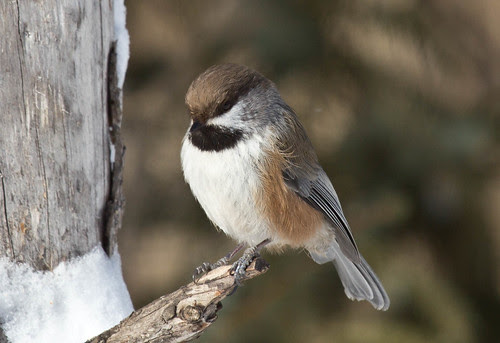 We’re both hoping for Connecticut Warbler—a cool specialty of boreal forest areas in northern Wisconsin and Minnesota, which happens to be one of the most poorly named of all birds. It was first described by Alexander Wilson in 1812, who named it after the state of Connecticut where he happened to shoot the first specimen during fall migration. But Connecticut Warblers never breed or winter in Connecticut, virtually never appear there in spring, and seldom in fall. It uses 2 different routes for migration: in spring it heads from South America to the West Indies and Florida, and heads northwest toward the Mississippi Valley, and then north from there. In fall it heads east across Canada, and then south along the Atlantic Coast. Connecticut Warblers are uncommon enough that it’s always a thrill to see them, even right here where they belong. 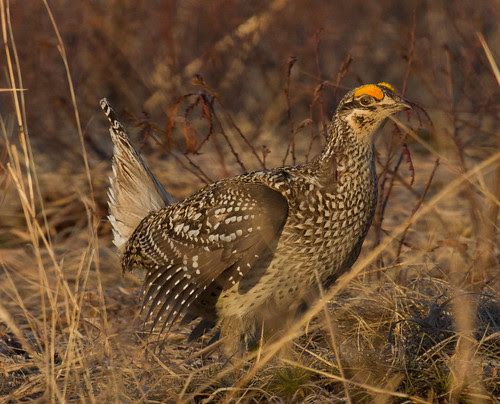 Ryan and I both hope to see Sharp-tailed Grouse, but we’ll have to luck into them because they probably won’t be displaying that late in the season. And who knows what else could turn up? In a burst of wild optimism, Ryan listed Parasitic Jaeger and Swainson’s Hawk among his yearned-for species, saying “It's the one or two I'm not hoping/expecting to see that will be most exciting!” 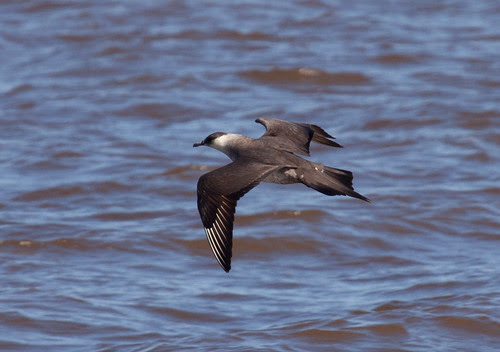 Plotting out a route where we’ll be most likely to see the most species will keep us busy in the next few weeks. If you’re interested in pledging or participating in the Great Wisconsin Birdathon, you can find more information at www.wisconservation.org
Laura Erickson at 10:26 PM
Share